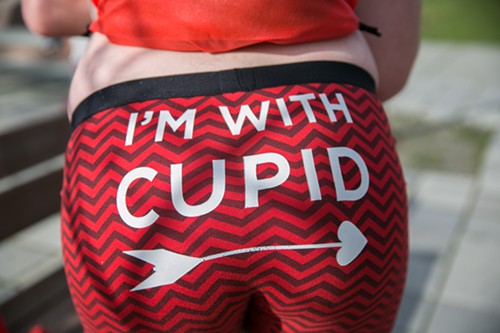 On a sunny Saturday afternoon with temperatures in the mid 50s, nearly 200 runners gathered at Art Marble 21 in South Lake Union for the 2016 Cupid's Undie Run to raise money for the Children's Tumor Foundation (CTF). In 2015, CTF raised $3.5 million during the undie run for research to end neurofibromatosis, and this year they were hoping to raise $5 million. The run occurred in 36 cities across the country and three cities in Australia. 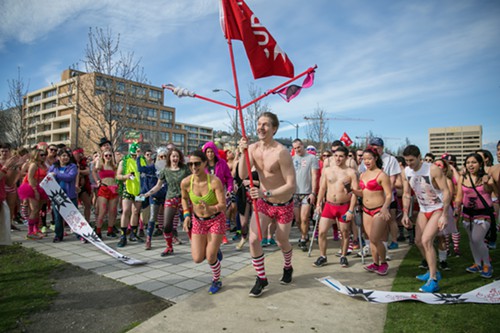 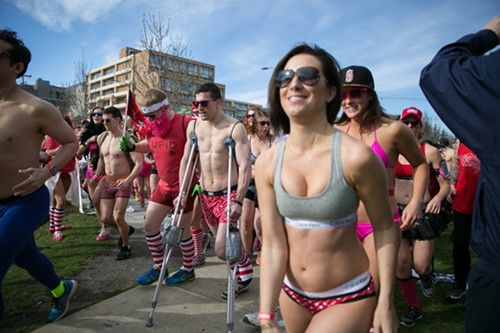 Even this guy on crutches made an effort to run in his undies. Alex Garland 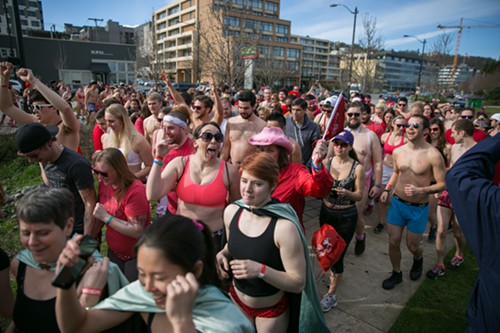 Hundreds of runners signed up to race in their undies. Alex Garland 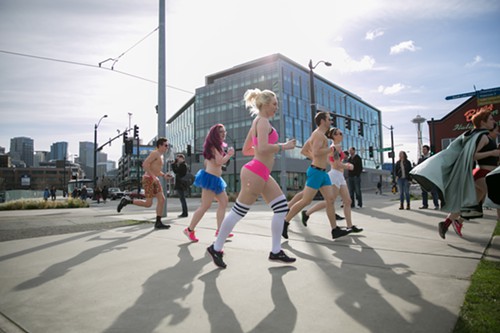 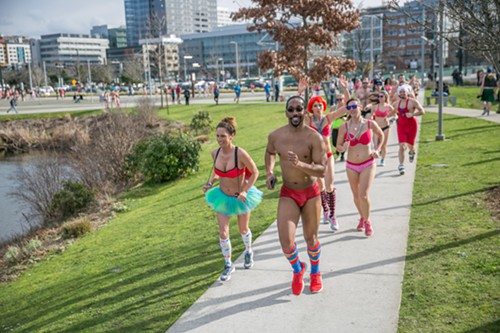 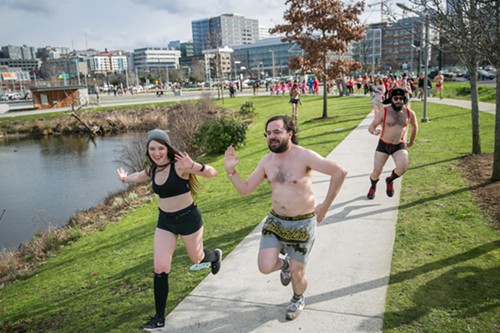 All running styles were accepted, but organizers asked for no pasties or thongs. Alex Garland 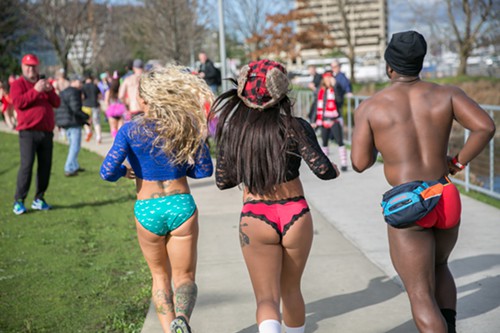 Runners who raised the most amount of money were given prizes from bathrobes to backpacks. Alex Garland 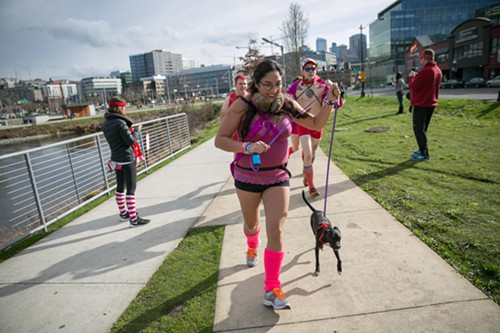 Even a dog or two made it, some going all nude. Alex Garland
Comments 2
Tags: Blogs 2016
The Stranger depends on your continuing support to provide articles like this one. In return, we pledge our ongoing commitment to truthful, progressive journalism and serving our community. So if you’re able, please consider a small recurring contribution. Thank you—you are appreciated!
CONTRIBUTE NOW