Beauty in the Break Down; The Dark Blossoming of Natasha Lyonne

saw the movie - two women, the blonde or brunette?

5
Whew - if you think she's "famous," you obviously haven't been around as many famous people as you think you have. And BTW, from someone who's been around a lot of famous people: There's no such thing as an "aura of fame." You're most likely confusing that with an enormous ego. Those folks are definitely out there; unfortunately, they're also the real assholes. Thankfully, they're in the minority.
Fifty-Two-Eighty on May 25, 2009 at 5:39 PM · Report this
6
Jesus H. Christ. You guys really need to hire someone, anyone, who isn't a doe eyed star fucker. What tripe.
on May 25, 2009 at 5:39 PM · Report this

7
Honestly, Natasha Lyonne was the absolute worst actor in that film. Every scene she was in took the movie down a notch, and I'm a fan of her work usually! She didn't seem present at all in the film. Can you please give her a real critique instead of a blowjob, Adrian? I know you want to be famous, but god damn... seriously? The film was good, but she was not. I guess it's enough that she shows up and has a name.
Carollani on May 25, 2009 at 5:47 PM · Report this
8
I think it's Diane Lane in The Fabulous Stains, not Diane Keaton.
abosco on May 25, 2009 at 6:13 PM · Report this
9
Well - it's been a helluva long time since anyone at The Stranger wrote as interesting a piece as this one! What a thoughtful and well-written article that was totally FUN TO READ!

It's GREAT to have you back!! In a world filled with designer-knock-off writing style, you remain the best at what you do - a total original

There is one writer at The Stranger in particular who continues to copy your style and your side splitting, one-of-a-kind phrases.

Somebody needs to tell her that there is only ONE Adrian Ryan.

Sally Catherine on May 25, 2009 at 6:20 PM · Report this
10
It definitely was Diane Lane in ...The Fabulous Stains.
Myshlomi on May 25, 2009 at 6:22 PM · Report this
11
First of all, commenters? Natasha Lyonne is, in fact, famous. If you don't know who she is it's just because you're too young to remember when she was on her upswing. Or you were hiding under a rock in 1999. She did a couple of indy films that got a lot of good press, she did a couple of mainstream films that pretty much everyone saw. That Slums of Beverly Hills flick had a trailer on every VHS tape manufactured in 1998. So yes, famous at one time and, if you were around for that time, still famous.

But then she cratered because she's a junkie, and the impact actually seems to have sent tachyons back in time to erase her early career, while a shockwave of awfulness carries her face-first into movies like Blade 3.

That said, Adrian, everyone I spoke to who met her last night, or who saw her at the Q&A said she was drunk and incoherent, which is pretty much what people have been saying about her for the last 8 years. So I'm looking at your piece here and think that If you want to go down on a woman, you should just ask her. Don't bore us all to death with sloppy public tonguing.
Judah on May 25, 2009 at 7:32 PM · Report this

12
Natasha Lyonne has always reminded me of a specific girl from high school. Lyonne is "famous" in my book (how can you hate But I'm a Cheerleader?) although all the oddness in her life probably derailed her from becoming Famous. If she put out a book about those wacky years, I'd likely read it. Getting evicted by Michael Rapaport? Page turner!

Her role in Dizzle though is so minimal and almost worthless. The bathroom scene with her was probably the best.
stinkbug on May 25, 2009 at 7:33 PM · Report this 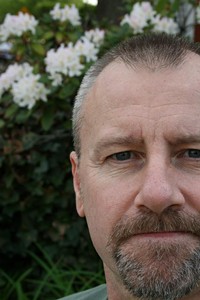 18
I love love loved her in But I'm a Cheerleader and American Pie. She's so cute.
Hellery on May 26, 2009 at 1:54 AM · Report this
19
Mr. Poe, since when does poor acting subject an actress to violence and rape? Oh, you're trying out a little hyperbole? Try something else. It's just icky.

"I explain my whole philosophy: if one has the time, interest, or inclination to bother matching up one’s socks, one should reevaluate one’s priorities."

But you do appear to have the time, interest or inclination to not only work at mismatching your socks, but telling everyone you do it.

23
god damn it. i have about 10 pairs of argyle kneesocks, But I'm a Cheerleader is one of my favorite movies, and i have a big gay crush on that woman. it doesn't surprise me that she was "drunk and incoherent" at the preview because i had a picture of her on my wall for about a year with a gigantic bottle of whiskey poking out of her jeans, but i don't care. i'm so sorry i missed her - that's what i get for checking slog only occasionally, i guess.
lucida c. on May 26, 2009 at 11:23 AM · Report this

24
Adrian! I love you and I have missed you! And you should see ...The Fabulous Stains just because. I think you will love it.

I wish all celeb interviews read like yours. At least these are fun to read!

25
Natasha Lyonne used to be a cult figure in my mind, and I think she's worthy of this weird adoring interview (which does not have to be taken so fucking seriously, holy shit people, whatever).

After all, she is practically off the scale on the crazyometer at the Hall of Crazy Women:

26
i think she's worthy.
i don't know precisely why, but there's something about her that fascinates me, even though much of her acting is forgettable.
except "but i'm a cheerleader." that movie and it's whole cast was genius.
Shena Lee on May 29, 2009 at 11:30 AM · Report this