2
O.o has some anger management issues.

3
Granted it's not something you say, but nobody honks horns around here. Instead everyone lets the jackass who's not paying attention sit for a light cycle.
Robin Sparkles on June 12, 2009 at 3:31 PM · Report this

9
"What happened to our summmmmmmmer" in a whiny-ass tone, usually starts after the first nice weekend in April, then continues until September, every single time you get one cloudy day.
Geni on June 12, 2009 at 3:41 PM · Report this
10
Seattle is so passive, really you can say whatever you want and no one will question you ... to your face that is ... they will just talk shit behind your back.

The insults are more like backhanded compliments. It's ridiculous really. Just say what you really mean or shut the fuck up already. I will intentionally ignore your little "hints" at disapproval just because it is such a weak tactic.
Take it all in on June 12, 2009 at 3:44 PM · Report this

11
"Vancouver is way better than Seattle." 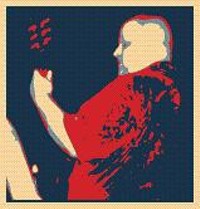 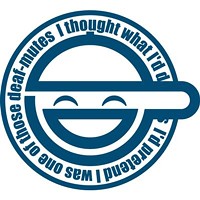 21
People have such misconceptions about Seattleites, even ol' Mossback himself.

We are NOT 'nice.' We're POLITE. POLITE is not the same as NICE.

If you come up to me at the bus stop and ask me how to get to [local place], I will try to help you find it. Even if I'm walking along a street in Ballard and I have no fucking clue myself.

However, if you try to strike up a conversation and I don't know you, I will listen for as long as I have to, smiling tensely, and then leave as soon as possible.

27
I've gotten myself in trouble with any judgments that are overly analytical, even if they're positive -- i.e. "These margaritas are really delicious, I think they must have made their own sour mix" seems to get me into just as much hot water as "That custard wasn't as creamy as I expected it to be and the chocolate lacked flavor." The response is inevitably "Why can't you just enjoy it? Why do you have to analyze everything."

The second is ANY COMPARISON AT ALL of Seattle to another city, again even a favorable one. Saying "I wish Seattle had all-night diners like NYC" will get you in more trouble than saying "Seattle is kind of like a big Ithaca" or "Portland has better food but Seattle is much more beautiful." Natives and neo-natives seem to think Seattle is novel and so unique that it's impossible to compare, rank or judge.

37
Seattle women are FUGLY! So fugly in fact, that only my dog barks at them.
Stupid White Man on June 12, 2009 at 5:22 PM · Report this
38
-People who are into their outdoor gear are easily as materialistic as anyone into real fashion, and act more superior. At least fashion people admit their materialism.

-Waiting for the f*cking 'walk' light to change before crossing the street is a sign of laziness. Act like you have somewhere to be. Also, walk faster.

-The vast majority of liberals in Seattle have almost no interest in art or what is going on in the rest of the world culturally, unless it's covered on NPR and they can pick it up passively. Being progressive here requires only that you recycle, sustain, etc., in a technical fleece vest from REI. Those things are important, don't get me wrong, but they're not what makes a city interesting.

-Bellevue actually does suck. All suburbs suck. Stop trying to act like your suburb is as interesting as a city – just admit you like to live in the suburbs and argue on the merits (there are some).

-Northwestern Girls. It must be in the air here.

-Seattle is a great place to drink, a lot, pretty cheaply, in really good bars.

From the home office in Covington, Washington...

5. You're driving too slow.

4. Hey man, you're really quiet. Why don't you just let loose and scream?

3. TOS is better than Next Gen.

2. I double bag when buying meat so the juice doesn't leak into my SUV's carpet.

And the number one thing you can't say in Seattle:

1. Stop by the Republican booth at Bumbershoot, and I'll give you those brochures I was telling you about.

41
"Can I take the monorail to Pike's Place Market?"
marsgirl on June 12, 2009 at 7:14 PM · Report this
42
Will -- man to express the ultimate Seattleish style, you're perfect! You hit the nail on the head. So very passive; the faux concern; the immediate characterization of an honest expression of something negative, as a verboten "emotion" (the Scandies are famous for that -- any emotion is just a sign of an unhygenic mental state, -- if you have an emotion, you repress it for years (until one day you go crazy like J. Lange in 1000 acres or that chick in Cries and Whispers when she took that broken glass and tried to slice her own self!); and most of all, the ultimate zinger, the geographical disqualification.

Because as we know, if you're not from here, well, enough said.

Bravo. A perfect expression of the Seattleite shtick! ROTFL at your brilliant parody!

44
Knute is a douchebag, and you're not allowed to say that Bellevue is kinda cool because it's really, truly, not even remotely cool. Bellevue is Lake Washington's unkempt armpit.
Violet_DaGrinder on June 12, 2009 at 8:57 PM · Report this

Um. You can't say that anywhere, because it's obviously false. You can file that memo under, "the mutherfuckin' truth, amen".
Violet_DaGrinder on June 12, 2009 at 8:58 PM · Report this

49
I'M GOING TO SPLOOGE ON YOUR TOOTHBRUSH TONIGHT. MARK MY FUCKING WORDS.
LaRiiiiM0RrrHAwtiiii696969 on June 12, 2009 at 10:30 PM · Report this
50
@3: In Shoreline--my new revier--there's honking all the time. Constant honking. Worse just after school gets out. Is there an anthro major who can help me understand this, or will understanding it make me feel less happy?

-I'd rather go to Starbuck's

"If you hate Seattle so much, why don't you move your pathetic, whiny ass to Colorado Springs or Charlotte or Detroit, you stupid fucking douchebag."
on June 13, 2009 at 9:10 AM · Report this

1. The race of a suspected criminal. To do so would of course be racist. Never mind that it could be of great help catching a murderer or rapist.

2. That it's usually optimal for a child to be raised by a mother and father.

3. That Seattle is racially segregated.

4. That food allergies, lactose intolerance, SAD, assorted anxiety disorders and the like are often nacissistic fabrications.

5. That soccer is mind-numbingly boring as are soccer posers who had no interest whatsoever in the sport until the Sounders arrived.

6. That Seattle police put more effort into policing jaywalking than they do legit criminal activity. For a visual aid, take a stroll trough Belltown.

It's too bad this is relegated to six as so many more utterances are prohibited in "liberal" Seattle.

59
I think we need to hear from people who have actually gotten in trouble for saying any of these things. The voices in your head telling you not to say those things don't count. We need convincingly written stories describing an incident where saying something actually got you in trouble.
Luke Baggins on June 14, 2009 at 2:27 PM · Report this
60
#59, I have one:
I was at Six Arms sitting at the bar. We'd just stopped in for a quick drink before we had to meet our ride home. The bartender looked at our IDs but didn't actually take our drink order. The place was pretty empty because it was a weekday afternoon.

He turned around and started wiping the bar. Another couple walked in and he checked their ID and served them right away.

We sat there for a few more minutes and decided to leave because we had to meet our friend. We got up and started to walk out when the bartender yelled after us angrily and sarcastically, "Sorry, I'm all by myself here!!!" In this case, we didn't even have to say anything and we'd personally offended the guy.
on June 14, 2009 at 5:26 PM · Report this

61
@59: I provided examples. I'm assuming a lot of your examples will involve dirty looks, cold shoulders, and other relatively passive displays of disapproval. It doesn't mean they aren't real.
Jigae on June 14, 2009 at 9:00 PM · Report this
62
Seattle sucks period. Everyone who lives there and thinks it is cool should kill themselves today.
on June 15, 2009 at 8:09 AM · Report this

My reply,"Because I live here."

I couldn't understand WTF was wrong with the boy, until I read this! Now, I "get" what his major malfunction is.

Thanks, Stranger and commenters, for arming me with the tools to create lacerating comebacks to a Seattleite (the correct spelling of your *citi-zen ship* is the worst piece of wordsmithing I have ever seen, BTW).

Im late to the post, I know but I had to reply to this.

It is cardinal sin for a Seattlite to travel or know whats going on in any other city unless it's tied to a political cause.

...I said that my first year after I moved here. *Needle-off-the-record.*
kangingthestash on June 16, 2009 at 2:58 PM · Report this
67
The art scene in Seattle SUCKS! Utterly. Pathetically. Molecularly.
There, I said it.

bertsdad
bertsdad on June 17, 2009 at 12:22 PM · Report this
68
"Seattle would be a really nice place to live...if it weren't for the socially inept, passive-aggressive, hypocritically self-centered, self-righteous, unbelievably conformist, drive-like-old-people-fuck, stare-at-you-so-much-they-would-be-shot-in-LA-or-NY, fuckhead locals who live here."

Get it into your thick skulls. This is a white-trash meth-riddled hick town masquerading as a global city.

News flash: Your Subaru leaves a carbon footprint too. Fuck you. Jesus, have you ever seen such conformity? Individualism my ass.

Btw, nobody mentioned the Pemco ads. That shit is dead on. Fucking losers. Not one comedian comes from Seattle. Ever think about that?

Once again, if it weren't for the losers here, it would be a nice place to live. But as my old man used to say, "into each life, a little rain must fall."

Btw, yes, I'm from California. Lived there for my first 34 years and I still like living in Seattle better.
SonAndHeir on July 2, 2009 at 10:09 PM · Report this
69
@68 To be fair, I think Mitch Hedberg was from Seattle. So is Reggie Watts.
on July 3, 2010 at 10:27 PM · Report this
70
You cannot move to Seattle and then complain it. Well, I guess you can, but you look like an idiot doing so. There are other cities. (Yes, I am a native Seattleite and no, I probably would never say that to your face).
on August 29, 2010 at 7:37 PM · Report this
71
I like Seattle, but there's too many damn eco-freaks who drive around in Priuses with Obama and 99% bumper stickers sipping their $24 Starbucks Lattes and judging everything around them.

Of course, keep in mind we're not all like this. And please, don't ever, ever judge a city based on your observations on or interactions with one person.
on October 21, 2012 at 1:00 PM · Report this
72
lol @21, if you were BOSS you wouldn't smile tensely and endure any conversation you didn't want to, you would just cut it loose. East coast represent! Honestly I think the person on the receiving end would appreciate and be better served more by your honesty than your insincerity.
ellie_dee on November 15, 2012 at 11:08 PM · Report this