If You Thought This Year's Library Cuts Were Bad...

1
This is a joke for a big city. Our library system SUCKS. They spent all that money on capital expansion, new buildings, and got ROYALLY SCREWED, and have no money to keep their shiny new buildings open now (and no books in them if they could). Yes, they have a budget problem that's not their fault, but the fact is, city library management is terrible. Priorities are fucked.

Visit almost any King County library -- also in shiny new buildings, like Burien, designed far more usefully, larger, and built cheaper -- to see what a real library system with a funding mandate and intelligent management can do.

This is one of the things about Nickels that drives me crazy. He let city departments just sort of float away.
Fnarf on October 2, 2009 at 1:00 PM · Report this
2
Not that I'm encouraging library cuts, but wouldn't it make sense to stagger the closure days so you could move staff from one branch to another and thus cut more costs while providing more service?
dwight moody on October 2, 2009 at 1:13 PM · Report this
3
Agree completely with Fnarf @ 1. Perhaps if we hadn't spent $170 million (!!!) on the monument to Deborah Jacob's ego there might be some money available to spend on the actual mission of the library. What's doubly painful is that she fled for greener pastures before she ever had to answer for (or suffer from) her staggeringly poor (and selfish) choices.
Phyllis on October 2, 2009 at 1:23 PM · Report this

4
bitching about the past isn't going to help us now...if we have to choose between reduced hours and actually having to close branches, I guess we're better off with reduced hours...and having a hissy fit when a program you like or use is threatened with cuts isn't very rational either. The sad fact is, every government entity in this country is strapped for money due to our economy. EVERYTHING has to take a hit.

And, I don't see ANYONE who bitches about reduced funding for libraries, or schools, or police, or social programs, or roads offering to pay more in taxes to make up the difference.
michael strangeways on October 2, 2009 at 1:38 PM · Report this
5
The link is only semi-good, you should really provide a link that leads readers straight to the exact email addresses. Here they are:

Now just cut and paste with a simple message (with a dramatic subject line, like "Keep Libraries Open!):

I just read about the proposed 2010 library budget cuts and reduction in hours of operation.
I think it's embarrassing -to say the least- that we have some of the finest libraries in the country, yet they are closed so often, making them virtually inaccessible to many people in the city (like those who work 9-5).
I urge you to reconsider further budget cuts and hours of opetation; I urge more strongly that you find ways to keep libraries open longer.

(I know why we have such nice libraries closed so often, so please spare me the history lecture, Jan Drago)

Not much of a shock in Wedgewood; the NE branch has been closed for most of September into mid October. Apparently the building that's around 5 years old needed a major renovation......
Cato the Younger Younger on October 2, 2009 at 1:41 PM · Report this

7
you know, if we canceled the Mercer Mess and Billionaires Tunnel projects, we'd have tons of money. 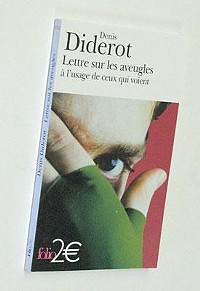 8
@3: "Agree completely with Fnarf @ 1. Perhaps if we hadn't spent $170 million (!!!) on the monument to Deborah Jacob's ego there might be some money available to spend on the actual mission of the library"

First of all, it was worth it. The old library was a piece of crud, poorly used. The new library has had vastly higher usage, has become a destination for Seattle, and is incredibly great to use. $20 million in private money was also used, and the results should be celebrated.

Secondly, those were capital expenses which the library clearly hoped would be paired with increases in budgets due to vastly higher uses. Instead, they built into a recession, not intentionally, and were never able to (or were perhaps told not to) try to create an operating levy that would fund it.

Frankly, @1 and @3, it's not the library's job to find operating funds. They did a remarkable job on the capital side; the city council and voters are falling down on providing stable access to funds.
GlennFleishman on October 2, 2009 at 2:03 PM · Report this

9
@6: Now you're just being a jerk. The reason it's closed is to reconfigure to handle all the extra usage. So let's just insult them for serving their audience. It's not being REBUILT.
GlennFleishman on October 2, 2009 at 2:05 PM · Report this

10
Gosh, you mean you guys have libraries open 5 days a week? For seven hours??? Maybe we Californians should start heading up to Seattle for some heavy reading.
Karl Schuck on October 2, 2009 at 2:37 PM · Report this 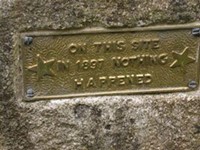 One small suggestion for those of us lucky enough to still be working stiffs:

12
State law separates capital spending from operations. So the vote for new buildings (all of which sorely needed upgrades) didn't affect operations--it probably helped, by lessening the amount required for maintenance.

13
until we secede and form our own state, that is, kk.
Will in Seattle on October 2, 2009 at 3:30 PM · Report this
14
@8, the new library is a boondoggle. Destination? Yeah, for a handful of architectural tourists, exactly zero of whom put any cash into the library's hands. Good to use? Yeah, if you're deaf. What it really did was expose how pathetic the SPL's collection is, after approximately 30 years of not adding to the collection. Goddamn Billings, Montana has about as good a library as that. That building is dramatic but the money was spectacularly ill-spent -- as was most of the other capital money, on libraries that are ugly, too small, and annoying to use (the furniture, oh my god, is so horrible).

King County got MUCH better libraries for much less money. Hence I say the capital project was mismanaged. Bellevue Regional is a better building than SPL Central.

And you know what? For the average citizen, we DON'T GIVE A SHIT about the difference between capital expense and operating expense. We're interested in LIBRARIES, not accounting tricks.

And yes, @4, I am offering to pay more taxes if it's dedicated to a library district like the county has, and there is some indication that they're going to spend the money intelligently.
Fnarf on October 2, 2009 at 3:33 PM · Report this
15
Our new library buildings were built as a result of a bond measure called Libraries for All passed by vote in 1998. The budget for that bond measure actually delivered the project on time and on budget. The money for Libraries for All had nothing to do with the collection funding of The Seattle Public Library. It was ONLY a capital improvement project and the money could not be spent on anythiing but.

The issue is that The Seattle Public Library is dependent on the General Fund of the City of Seattle and that General Fund is budgeted by the Mayor and passed by the Seattle City Council. King County Library systems have some kind of guarenteed portion of the income tax so that system can operate in comfort knowing that they will have XYZ amount of money each year. NOT so SPL, thus if you are dissatisfied with the collections and hours it is REALLY important to tell the Mayor and City Council. Learn more at www.friendsofspl.wordpress.com

16
I amazed that they didn't start cutting back on open hours/days months ago; I think they waited too long.
MarkyMark on October 2, 2009 at 8:55 PM · Report this

17
So, if the Capitol Hill branch is closed on Fridays and Sundays, I'll either have to wait a day or go to a different branch.

Holy shit, this change could force me to adjust my plans. UNACCEPTABLE!
seandr on October 2, 2009 at 9:53 PM · Report this
18
Some of you guys are funny but I need the library and I don't think a closure or cutback on hours is a laughing matter. Like Jen Jay says the library can't save the money I voted to give them to make beautiful buildings for rainy days when they need money to operate them. Capital funds are legally different. Maybe you don't care Fnarf but you do seem to care about what a good library can do so why don't you support the funding for Seattle's library? The library is bound by a legal quirk to only get money for operations from the City. I'd pass a levy if I could to stop having to worry about times like this. They make life hard for me and I think this cut is totally unfair to neighborhoods and people who need to use the library.
on October 2, 2009 at 10:21 PM · Report this
19
I think the library system is good compared to other places I have lived in. Good access to books, films, music...I don't know why anyone is w/Netflix when you can get tons of films from the library for free.

Admittedly the state of the bldgs isn't of much concern to me. I request books online and only go in the library to pick them up.

I'm unhappy about the cuts, but what can be done? That's what happens when people don't pay enough in taxes. We should all be paying higher taxes for more quality services. But no one's going to suggest that. And we have no money now. So...the cuts.

It's sad, but this is only the beginning. Amongst industrialized nations, we are sliding toward 3rd world status. There is no money to keep things running properly (libraries, roads, public transportation), and this country has a mindset that taxes are evil, and I don't see that changing, so unless yr rich, yr out of luck being an American.

on October 3, 2009 at 1:59 PM · Report this
20
3 words: State Income Tax. and maybe : Lower. Sales. Taz.
on October 3, 2009 at 2:22 PM · Report this
21
I like the buildings. Most are easy to use and conveniently located. The library may not be able to keep up with deep cleaning of all surfaces the way they would like to, but that's because the buildings are so well used. It's an indication that, despite a lack of funds, the library is keeping it's priorities where they should be: on providing information and entertainment to the people of Seattle.
on October 4, 2009 at 4:35 PM · Report this
22
@14 - if you are interested "in LIBRARIES, not accounting tricks" then maybe you should have paid a little more attention when you voted (if you even did) - because you voted for library buildings. (read #15).

You should really educate yourself before you make yourself look ignorant by stating facts that are untrue. (And I appreciate all of you who understand the truth behind it - and thank you for supporting our libraries!! We really do have a great system in Seattle, with great librarians!)

23
Aw, librarygirrrl, come on now. If I came to your library, would you talk that way to me? Would you look give me that ice queen look, and all that attitude, and tell me to educate my ingnorant ass? Come on now, 'girrrl - this is the library we're talking about. You, me, and the other nine library girls need to go out and have a little party, and you need to relax some, okay? Don't go slamming people who disagree with you. Lighten up.
Richard Antropus on October 10, 2009 at 3:47 PM · Report this