Re: The Urge to Surge

1
'Those who cannot remember the past are condemned to repeat it.' - George Santayana Nuff said.
FreudianShrimp on December 1, 2009 at 11:47 AM · Report this

2
I congratulate President Johnson on his decision to send 30,000 more troops to the peace mission in Vietnam and am sure all our troops will be home in 3 years.

I think what we ought to do instead, though, is stop focusing on the impossible task of defeating a determinedly Stone Age people, and instead think about ways to keep them locked up in their little shithole of a country, and away from our buildings and bridges. Police-work ways.

The real problem in Afghanistan, as in Vietnam, is that even if we win, we lose. There isn't a legitimate government there to win FOR. It's tragic, but the only two choices on offer for Afghanistan are the crooks and the kooks.
Fnarf on December 1, 2009 at 12:18 PM · Report this

5
This is not Vietnam. In Vietnam we were there alone. We were fighting a proxy war with Russia and China. Both of which were supplying weapons and money to the Viet Cong and neither of which we wanted to challenge directly. Also, it should be noted, this is a volunteer army. Vietnam had a draft and our army was made up of men who didn't want to be there. This is a NATO action in response to an attack on this country by people affiliated with and supported by the Taliban. The president deserves our support.
Vince on December 1, 2009 at 12:29 PM · Report this

6
Four officers ambushed in broad daylight and killed. Murderer's getaway aided by family and friends, until he's hunted down by overwhelming force and shot dead on the streets. And so it goes... another day in Kabul.
DOUG. on December 1, 2009 at 12:39 PM · Report this

7
The only way to succeed there is to stabilize the country enough to develop it, educate the populace, and make sure they have jobs. But that's more like a 50- or 100-year plan. Never gonna happen.
keshmeshi on December 1, 2009 at 12:42 PM · Report this

I approve the change in force mixture - we're finally sending more of the right types of units - but we should have brought all our soldiers home for New Years.

Now, if he wants to do something, put a 10 percent surtax on all people who get more than 1 million in income, dividends, or earnings of any sort, with zero exemptions, to pay for this ... mistake.
Will in Seattle on December 1, 2009 at 12:55 PM · Report this

9
@5 - no, we weren't. In the beginning we were part of a group of nations, including Australia. they bailed, just like they're doing now in Afghanistan and Iraq. 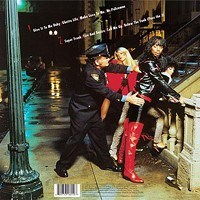 Who are we fighting with in Afganistan? Who's with us in any comparable way? Even if there are [some] people with "us", do we really have moral support from nations around the world?

12
@10 - um, while we were off mission in Iraq, it was mostly Canada, France, Germany, Denmark, and some other countries.

they're tired, they're bailing or about to bail.

Afghanistan will be left to us alone in the end, most likely within 18 months, as governments are literally falling over their NATO commitments in Afghanistan.
Will in Seattle on December 1, 2009 at 1:18 PM · Report this
13
@10 Didn't the UK announce they'll help out with 500 troops? That's 1/68th of our additional commitment! If only 67 other countries also send 500 troops... Uhh... Well.

15
We should stay there one day longer than the Soviet Union did, just so we can say we beat them in both the cold war and the hopeless war.

16
@4,
I agree... I've always wondered if it would be possible to somehow lure them away from desiring to remain in the stone age. Maybe set up a bunch of fast food joints and strip clubs there or something. Give them a taste of cheap capitalism and see if they bite. The leaders wouldn't go for it of course, since they're rich already, but perhaps the peons and cannon fodder who supply the suicide bombs might?
Urgutha Forka on December 1, 2009 at 1:51 PM · Report this
17
HEY HEY BHO, HOW MANY KIDS DID YOU KILL TODAY??!!??
Cato the Younger Younger on December 1, 2009 at 2:15 PM · Report this

18
And by the way. By this time in Vietnam, tens of thousands of U.S. troops were killed. There haven't even been a thousand troops killed in Afghanistan. That's not to diminish their sacrifice.
Vince on December 1, 2009 at 2:31 PM · Report this
19
We were not alone in Vietnam, and we're not alone in Afghanistan.
Fnarf on December 1, 2009 at 2:43 PM · Report this

20
@19, that's great! We've got friends!! So, how'd the first one turn out? That's right, they fell to the commies and now are one of our biggest trading partners.

The ONLY way anyone should support this is if we totally bag Iraq. EVERYONE out NOW. There also needs to be a tax increase to fund it. Either we're in it to win it, with everyone sacrificing to get the result, or we're not. And guess what.... We're not.

The wingers were right, BHO is an appeaser, only not to the foreigners. He's an appeaser to the MINORITY PARTY of the country. Chickenshit.

21
@19 - oh, so that's why the BBC news last night said there is no popular support for the Afghanistan mission and a number of people there said that it was unlikely they'd have troops remaining there more than 6 months.

Look, we'll be alone there pretty darned soon - you can see the handwriting on the wall, and their form of government permits MPs to ask questions in public every day and force an election on ANY spending bill at a moment's notice.
Will in Seattle on December 1, 2009 at 5:36 PM · Report this