2
jesus christ it's A LEGAL PROCEDURE.
Max Solomon on March 4, 2010 at 11:58 AM · Report this
3
This is my understanding of the structure of the Hyde amendment: it is a yearly re-authorized portion of the budget for the Department of Health and Human Services limiting abortion spending.

In other words, it has no impact on overall federal spending, just DHHS. Whether it would apply to the health care bill depends on how the various aspects of the bill are organized (i.e. what portions fall under DHHS?).
Mr.Joshua on March 4, 2010 at 12:00 PM · Report this

4
I just want to see the thing done, at this point. But, normally I would be all for someone throwing a hissy fit about federal funding for Viagra, and trying to get an amendment going that says that men who want Viagra need to buy a rider.
Julie in Eugene on March 4, 2010 at 12:02 PM · Report this

5
I'm originally from the 1st District of Michigan & Bart Stupak was my Congressman for as long as I can remember. Just a few years back I was at an "exclusive" fundraiser for him on his birthday, because my mother is the president of a school employee union so she had an in. He ended up coming over to our table, sat down for a while and I even shook the hand of this seemingly intelligent man.

6
You know, abortion has been covered in virtually all Western democracies health care plans for nigh onto 50 years now. 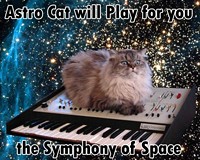 9
Eli, you say it's hard to figure out. Can we get more details? Since abortion funding is already prohibited, what exactly does he think his language does that isn't already covered? In other words, what's the daylight that he sees between his language and the Senate language? What would the actual implications be either way?
DavidG on March 4, 2010 at 1:55 PM · Report this

10
Stupak's aiding and abetting the failure of the health care bill because of his anti-abortion stance - continuing the cascading miserableness of our health care system - will lend credence to the concept that if we only knew in advance who should be aborted....trailing off into a helpless fragment
Rhett Oracle on March 4, 2010 at 2:20 PM · Report this

11
@9 - Good questions. I read the Stupak amendment, and then read pages 2069 to 2078 of the senate bill (as Stupak suggested), and they seem to say the same exact thing: no federal funds for abortions, but you can set up a segregated, unsubsidized policy covering abortion.

Also, this $1 per enrollee amount he alludes to that "funds abortion" doesn't seem to that at all; instead, that section seems to regulate a method for determining the actuarial value of such services, for determining how much insurance companies can charge for the segregated insurance.

Does Slate still do those "Explainers?" Because that would be really helpful about now.
Free Lunch on March 4, 2010 at 2:47 PM · Report this

"No funds authorized or appropriated by this Act... may be used to pay for any abortion... except in the case where the woman suffers from a physical disorder, physical injury, or physical illness that would, as certified by a physician, place the woman in danger of death unless an abortion is performed."

It also allows for rape/incest abortions. It's practically the same wording as the Hyde amendment.

So if one day, they decide not to attach the Hyde amendment to appropriations, then, without the Stupak amendment, HHS could cover abortions.
Free Lunch on March 4, 2010 at 4:44 PM · Report this