1
Psst - politics and marketing staff are paid to assume no complainer is joking. If they put a foot wrong in their initial response to someone who turns out to be quite serious (though imbalanced), there's hell to pay.

Especially in this lovely internet age, when every crank has a blog. I'm not judging, mind.
gloomy gus on March 4, 2010 at 6:05 PM · Report this

It's just when the G-Scouts at QFC start curb kicking me for not buying more than one box that gets my hackles up.

5
Quick question: Does anyone know if Girl Scout cookies in Washington are taxed? Thanks.
slake on March 4, 2010 at 8:05 PM · Report this

6
Watching you people use these little girls -- these children! -- as pawns in your political games makes me sad beyond words. Sweet, innocent little girls! Being used. Being prostituted by some kind of pretend journalists and self styled social crusaders.

Is this what Seattle has come to? Is this America?
elenchos on March 4, 2010 at 8:16 PM · Report this
7
@6: when you say "little girls [are] being prostituted" you are being inflammatory and, in a way, are "prostituting" them in the same way that you critique.

It is a fair and accurate statement to say that laws which regulate public space should be enforced fairly and equally across class, age, etc. The Girl Scouts provide a compelling case and point.
Jessica Bessica on March 4, 2010 at 8:27 PM · Report this

8
Let it be known, Do-Si-Dos™ (peanut butter cookies with peanut butter filling) are a public threat potentially worse than any thing ever before witnessed by Western society, ever. Ignore them at your peril.
pissy mcslogbot on March 4, 2010 at 8:42 PM · Report this

11
I wish they just solicited funds rather than selling trailer-trash cookies from JeebusLand states.
Karlheinz Arschbomber on March 4, 2010 at 9:03 PM · Report this
12
Interesting thing is that, had the letter not been a joke, and had the council member dismissed it and/or made fun of it, people (including local media) would be jumping down his throat and criticizing him for disregarding a "constituent". This whole episode with the letter is a side effect of Seattle letting batshit crazy people have too much say in civic affairs. We let them hijack city and community meetings, development, and business proceedings because we have to be super inclusive and respectful of every last human being, even if they're a raving fucking loon. Burgess et al did the right thing - the only thing - they could do in this situation. Good for them. Sorry you didn't get your "gotcha" moment, Dominic. Better luck next time.
on March 4, 2010 at 9:33 PM · Report this
13
To be honest, I think Mr. Barnes went a little beyond satire and too far into hyperbole.

Most Girl Scout troops I've seen selling cookies (or other kids selling other junk food for schools/organizations/fun/profit) could not reasonably be called "aggressive".

Mr. Barnes described a phony situation in order to make a point, but realistically, if Girl Scouts were soliciting aggressively, under the criteria that Burgess' proposal apparently sets down, then they should be subject to a fine.

While I would not compare someone offering a good for sale (or even someone offering a service for sale, e.g. buskers) to a panhandler who is merely asking for a handout, in either case, I expect not to be followed, repeatedly asked, or blocked in my path on the sidewalk. In fact, I think if there's any "legitimate" persons who are most affected by such an ordinance, it isn't the Girl Scouts, it's the people soliciting for charities (although usually they're not that bad).

A proposal such as this isn't about restricting speech: it's about preserving safety. I may not have a right not to have to listen to your opinion or pitch as I walk by you on the street, but I certainly have the right not to be harassed by you as I walk, or purposefully blocked, and I don't care if you're a urine-soaked bum or a cookie-bearing Scout.

These too came by my door in White Center yesterday...

15
I get where Burgess is coming from. When you live in a city, you're exposed to varying degrees of wealth on a daily basis; various manifestations of the life crises of other people.

Occasionally, city-dweller becomes frustrated with both greed and poverty, and has the momentary idea to simply "will away" the pain we all suffer and inflict on one another in varying degrees.

Then the idea goes away because obviously it's not that easy. If it was, we would have done it already. We divert our energies then to understanding the complexities of the problem and looking for more effective ways to resolve it.

Tim Burgess has yet to have that realization in this particular instance, and so has turned his idea into a legislative proposal. I empathize.

In a second he'll mentally go: "Wait a second, how can I outlaw poverty without outlawing girl scouts? Without outlawing all people? Shit. This might be more complicated."

16
Let me get this straight.

You think we should decriminalize pot.

Will in Seattle on March 4, 2010 at 11:06 PM · Report this
17
Well yes; well no. This sort of falls into the "no guns in parks," or "dogs on leash," or "no smoking within 15 feet" realm. All of the previous can be viewed as somewhat effective, though many will claim they serve no purpose. There are not enough enforcement methodologies to cover all the instances of prohibition we create. I view these as the same as the glass windows in a house - yes, serious people can easily pass right through them, but most folks stay on one side or the other and a "safety" barrier exists. Somewhat like the Les Nessman line in the WKRP studios.
Chas Redmond on March 4, 2010 at 11:17 PM · Report this
18
Let's be honest here, there is a huge difference between a girl scout with a box of cookies and some drunk demanding I give him a couple of bucks so he can buy some cheap malt liquor.
on March 4, 2010 at 11:22 PM · Report this

And once again:
I would rather pay for the malt liquor than pay out of my taxes for the the court and jail time when these pathetic peopel can't pay their fines.
cracked on March 4, 2010 at 11:33 PM · Report this
20
No, Burgess's office didn't treat it as a joke; they wrote a short polite letter back to Fattailed. Councilmembers' offices don't treat letters as jokes; they can't really afford to. Especially Burgess, since he'll be running for mayor for the next 3.5 years.
sarah68 on March 4, 2010 at 11:55 PM · Report this 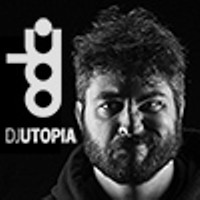 Using girls and prostituting them for political purposes, prostituting them in the comment, and like totally making fun of the fact that they are being prostituted to sell fat people second rate cookies that they associate with their childhood when their parents would be the johns for the little whores!

22
It's worth pointing out that the greater girl scouts organization is bureaucratic and humorless. When I was a girl scout, we had "campouts" in a fenced-in, urban Kiwanis park because it was considered safer tthan nature. And we were warned not to wear pink, which would have caused ducks to attack us.
anarchy burger on March 5, 2010 at 12:24 AM · Report this

24
Ok... YESTERDAY, I just bought...
drewl on March 5, 2010 at 12:29 AM · Report this
25
@19: i think you (maybe not intentionally) raise an interesting point. this law seems like a passive aggressive way to enforce order. more laws wont stop crime, theyll just increase arrests (and burden the system) similar to drug enforcement. i think if you want an effective justice system, you need to to be basic. it shouldnt be illegal to ask someone for change, harassing them and getting in there face ALREADY IS. why not focus on enforcing existing laws that, for whatever reason, the SPD is already terrible at. this shit is just a distraction. politics as usual.
on March 5, 2010 at 1:19 AM · Report this
26
Oh come on, we know that this law will be enforced only when someone complains about the solicitation or when the cops want to hassle someone. The original letter was pointing this out in a humorous way

rather than saying "you know this isn't going to be enforced equitably, right?" he said "oh good, now these terrible solicitous girl scouts will have to go away" and he got a polite response

hopefully also making the responder think more than just the knee-jerk "of course we'll enforce it equitably" to "well, if the girl scouts are violating this then yes, we'd apply it to them too"

such broad, unenforcable legislation nearly always gets applied unequally, mostly just when a cop is looking for some excuse to hassle an unwelcome person (I speak as someone whose father was a police officer, there's nearly always something they can pull you over for or detain you for)
on March 5, 2010 at 7:00 AM · Report this
27
@11

You do know that you can just give them some money and not take the cookies, right? If you would prefer they just solicit funds and not sell what you consider bad cookies, just give them the money.

We do that with kids selling band candy or crap we don't need but want to help with new basketball uniforms and such all the time.

It confuses them, but hey. I love the Girl Scout cookies, but I don't need crappy chocolates. It isn't the kids fault that's what they have to sell. 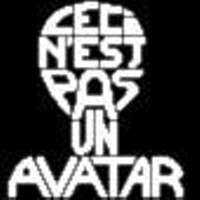 29
@25 - "it shouldnt be illegal to ask someone for change, harassing them and getting in there face ALREADY IS. why not focus on enforcing existing laws that, for whatever reason, the SPD is already terrible at."

I'm glad I have anon comments on, because I agree with your sentiments completely (if not your grammar).
Dee on March 5, 2010 at 10:47 AM · Report this
30
If you read the comments to the original post you'll see that all Slog commenters didn't get the "joke" either. Another case of attempted satire that pretty much fell flat.

31
@7: i was going to point out that comment6 was clearly being sarcastic. then i realized, perhaps you were being sarcastic as well, in an even straighter-faced, more devious, less humors way. it just never ends.

@thread: also, don't girl scouts get permission from the stores they sit out in front of. i'm sure that makes a huge difference in how a law might apply to them.
in-frequent on March 5, 2010 at 2:12 PM · Report this