1
good news, and yet...all it's going to do is force the port to re-run the same flawed process. the exclusive contract is dumb. create a special license, open the concession to all licensed taxis, make more revenue, and stop forcing most taxis to run empty from the airport. shockingly simple! why didn't the port think of it? stita would still be in a world of hurt, but it would be fair and not fatal hurt.
on April 16, 2010 at 6:37 AM · Report this
2
even simpler: no license required and anyone even not a taxi driver can drop or pick up people for money.
paint a stripe along the pick up road: "Assemble here for foir te Green Neighbor to Neighbor Taxi Service. Caution: Airport not liable if you get murdered or robbed. Proceed at own risk."

Bonus: filling seats in existing car trips is an immediate reduction in GG emissions. The buddy who drives you to the airport often returns home 10 20 30 or 50 miles in a SOV. Why not let him or her fill that car with 1, 2 or 3 other folks?

I live in Kent about 5 miles from the airport and it still cost me something like $28 dollars to take a cab!

Taxis could be a great addition to "transit" but not at those prices!!

4
All this cutthroat maneuvering, I'm still taking the light rail.
Eric Arrr on April 16, 2010 at 12:14 PM · Report this
5
@2 - don't get carried away. could work, but we don't really have a gypsy cab culture here. heck, you can't even hitchhike anymore. people are too paranoid (and you know what, rightfully so - there are just enough serial killers out there to warrant caution).

it'd be a huge step forward just to get the port to stop thinking that only they can vouch for the quality of a cab company. king co does just fine, thanks - i'll trust anyone they'll license. in fact, stita's probably behind all other cab companies at this point in quality and sophistication (if only marginally).
on April 16, 2010 at 12:54 PM · Report this
6
Yeah, I guess I was having a bad day. Not exactly the language you would expect here from a high priced corporate lobbyist, eh?

Yellow submitted a response to the airport RFP; I drafted it. Yeah, Yellow, Orange and Farwest got together to do a joint bid; and I drafted that, assiduously (that means very goddamn carefully) following the Port rules regarding Joint bids between otherwise competing ventures.

The Yellow bid was substantially finished before Farwest gave its 'OK' and the Joint Venture could go ahead. It was known to them that I would be drafting the Joint bid; expertise counts for something, even if my expertise is more than a bit profane, at times.

On revenue to the Port, they all also outbid STITA. As a matter of fact, on overall scoring, all factors considered, STITA came in third, after the Joint Venture. Yellow came in first. Outbid STITA by some $5 million over five years. Not exactly chump change. Yellow, on revenue, was outbid by Orange. The Port considered any number of factors in scoring the bids, not the least of which was reducing deadheading or running empty cabs.

STITA sued to block the award; the suit was thrown out. But, they appealed. (Some people compete on the playing field; some folks hire lawyers.) STITA did not depose me before they lost; now, they can't, not under the umbrella of that suit, and get the testimony before the court of appeals. So, they are using the media and gaming the court system to do that. And hiring political hacks to spin it in the media for them.

That's according to testimony of Farwest President Gucharan Dhaliwal--a deposition that was taken. Gurcharan testified that STITA is working with Farwest --- so in effect, STITA lawyer Michael Goldfarb is suing himself or having his client sue itself --- just so he can depose me, in the second lawsuit. The assertion in the second lawsuit is that somehow, in writing both proposals, I intentionally short-changed the Joint Proposal. Unfortunately, Gucharan and his attorney Goldfarb -- excuse me, Goldfarb is STITA's attorney --- have got it ass backwards----with Yellow's permission, given the severe time constraint -- it was a few days before the submissions were due before we got the Farwest go ahead, and since Yellow and I felt that the Joint Venture stood a better chance of winning overall, if anybody other than STITA could win----note all the comments in the posts above about broadening service to all taxicab brands---Yellow willingly recommended and approved my writing the Joint Proposal, knowing I am not totally bi-polar, and the work--some of which is just boiler plate--may, gee, look somewhat similar. Gee whiz. Would you say Faulkner's Light in August reads a bit like Faulkner's Sound and the Fury? Yeah, well, try writing two taxicab RFP responses and have them coming out as different as Shakespeare and ee cummings.

Give me a break. We followed the fucking rules.

Yellow outbid STITA. STITA needs to can its lawyers, and go back to work, making an honest living, driving their goddamn taxicabs. Same for Farwest. That's just my opinion, of course. I am sure STITA's high priced political PR firm, Strategies360, would disagree. Why work for a living---why win a bid the old fashioned way, by outbidding a competitor--when you can get it through politics and browbeating the media, and dragging folks like me through the fucking mud? Sorry, Strategies360: your kind of inside game politics and corruption at the Port ended years ago, when the State Auditor stepped in, and showed them a better way to do it, a way the public--profane and polite alike--would respect. Getting it your way--which has become, unfortunately, the way of shyster lawyers-- is so old fashioned.

So, what actually happened is that Farwest, which scored 26 for its proposal, against Yellow's winning 81 (Joint, 75; STITA 71) got the benefit of the Joint Venture, and is now pissed that the Joint Venture came in second, instead of first. Talk about sour grapes---they got 26 on their own, for God's sake. Oh yeah, that bid was drafted by their lawyer. You get what you pay for, I guess.

So, STITA gets together with Farwest, and uses Farwest to go after Yellow. The goal? To delay, to cost Yellow a small fortune in legal fees, to put the Port on the defensive and generally fuck with the now honest bidding system, and send a message to the ground transportation industry that the Airport is STITA political turf---and anybody who would challenge STITA and the backroom politics of the days of yore will pay lawyers through the bloody nose for the privilege.....only a strategy a shyster could come up with, but with the help of some political hacks, that is exactly the advice STITA seems to be getting, and acting on.

Well, as I noted above, I've had a bad day, but regardless, here's what this profane corporate lobbyist who has a hell of a lot of pride in his not-so-very-corporate representation of the 1200 or so Yellow taxicab operators---most of whom are immigrant and minority and who will tell you flat out they've never had an asshole like me argue on their behalf before this way or any other way, certainly never anybody nice, it's always been fucking politics as usual, and that is why they were shut out of airport business until this contract award was made---Mr. Shyster Lawyer, here's some advice for your DUI clients, given straight up from this consultant to the taxicab transportation industry: if you're drunk, don't call a lawyer, call a cab.

Mr Shyster Lawyer, if you want to give your clients some really good advice, advice worth paying you for, you should have a taxicab dispatch company phone number on the back of your business card. A real taxicab company. Make that Yellow, Orange, STITA, NorthEnd, even your client Farwest. That advice would be a hell of a lot better, and a hell of a lot cheaper, than yours. Yellow's number is 206-622-6500.

One last blow on this long winded note: STITA's political PR firm insinuates that if an American invokes the 5th, that American is perforce guilty. Invoking the 5th doesn't mean you're guilty. A lot of Americans have died in wars over the years protecting that right, because it means if you're an American you don't have to let just any goddamn asshole take your words and your life and your business reputation and drag it through the fucking goddamn mud. The 5th Amendment is simply the fundamental right of any American to tell a lying son-of-a-bitch shyster lawyer or his client to go fuck off. So what you can do, if you would like, shyster lawyers for STITA and Farwest, and your political lackey hacks at strategies360, is take this little blog posting of mine and stick it---right up your deposition.
Chris Van Dyk on April 16, 2010 at 11:41 PM · Report this
7
Again, if the port just came up with a fair way for all king co-licensed cabs to have equal opportunity to serve arriving passengers at the airport, none of this squabble has to take place. It's high time the port-enforced monopoly to end. It no longer provides any benefit to the people of king co. 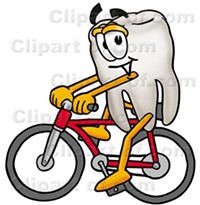 "A shyster is a slang word for someone who acts in a disreputable, unethical, or unscrupulous way, especially in the practice of law and politics.[1]

The etymology of the word is not generally agreed. The Merriam-Webster Dictionary says it to be based on the German Scheißer (literally, defecator) [1], but the Oxford English Dictionary describes it as "of obscure origin", possibly deriving from a historical sense of "shy". meaning disreputable.[2]

Various false etymologies have proposed an anti-Semitic origin, and some people continue to regard the word as referring particularly to Jews or Jewish lawyers."

Note particularly the reference to 'false etymologies' (the historical derivation of words). Nothing 'racist' was intended, Philly, only an accurate depiction of events, and how certain people engage in the practice of law....

As to the profanity, obviously, the sentiment is accurate but may have been more politely expressed, and I would apologize to anyone whose sensibilities are offended. That begs the question, however, what are you doing reading this newspaper?
on May 2, 2010 at 12:59 AM · Report this