Match Book: So You've Given Up Cable

1
I agree, getting free HDTV signals from an antenna is way better and gives you much better picture quality.
Will in Seattle on May 19, 2010 at 2:05 PM · Report this

3
I love you too, snookums.
Will in Seattle on May 19, 2010 at 2:22 PM · Report this
4
More recommendations: if you like both Hiaasen and Slaughterhouse-5, you should try anything by Richard Price. Clockers is a good place to start. Great pacing and sense of place, just like Hiaasen (albeit in New Jersey instead of Florida); existential pain just like Vonnegut.

Also in existential pain: The Unbearable Lightness of Being by Milan Kundera, and The Remains of the Day by Kazuo Ishiguro.
Cait on May 19, 2010 at 3:22 PM · Report this

6
I really enjoyed Out too, and I'm a big fan of the post-Apocalyptic genre in general and The Road in particular. Here are some books along the same lines that I would recommend highly:

Girlfriend In A Coma by Douglas Coupland: It's the end of the world in suburban BC. If there's one thing I'll always remember about this novel, it's the term the characters used for the many-weeks-dead in apartments, cars, and other enclosed spaces: Leakers.

Devil In The White City by Erik Larson. This is one of the few non-fiction page-turners I've come across. It tells the parallel stories of the 1893 Chicago World's Fair and a totally fucked-up serial killer.

The Brief History of the Dead by Kevin Brockmeier. An interesting take on the post-Apocalyptic genre because it not only tells the stories of the survivors but also follows the characters after they die.
Kalakalot on May 19, 2010 at 4:29 PM · Report this

7
@6 um. kind of zombie heavy stuff, no?
Will in Seattle on May 19, 2010 at 4:31 PM · Report this
8
If you like Natsuo Kirino, you should probably check out Miyuki Miyabe as well.
Qaraghandy on May 19, 2010 at 4:33 PM · Report this
9
Oooh, Rampo – ultra creepy, Paul! My favorite is his story “The Caterpillar,” about the war veteran who is just a torso, and whose wife plays weird games w/ him. On a similar note is Ryu Murakami’s “Audition,” source of the famous movie. What is it about that kinky Japanese horror aesthetic. Shudder.

For a suitably elegant Western version, maybe Patrick McGrath’s “Asylum.” Gradual psychological suspense about a love affair with a monster. His other stuff is rather more direct.

One really interesting counterpoint to “The Road” is Jim Crace’s “Pesthouse,” similar because it is another American post-apocalyptic road trip, and worthwhile for its great fecund language and interesting worldview. America is in a backwards, post literate post technological state. OR, Crace’s “Being Dead” might satisfy your contemplating-life-and-existence and your tasteful-gore thing in one fell swoop. The story begins with a murder of a couple on a secluded beach, and then proceeds simultaneously backwards in time to look over the couple’s life together, and forwards to watch their undiscovered corpses decompose and mingle with the elements. Striking, unforgettable.

Might I suggest James Meek’s “The People’s Act of Love.” The story of a remote village in Siberia where mercenary soldiers mix with a native shamans and a Christian cult built around self-emasculation – written in breathtaking prose, and with amazing sequences of terrible beauty – something tells me it might just ring the bells for you.

As for your guilty pleasure (Hiaasen), you’re guilty pleasure’s guilty pleasure is Charles Willeford’s Hoke Mosely books – try “Sideswipe.” These are the essence of that kind of bizarre freaking Florida crime writing. And if that floats your boat, maybe Harry Crews’s “A Feast of Snakes.”
And – I know I’m probably going to seem like the guy who recommends this title to everyone, but – Dostoyevsky’s “Crime and Punishment” might please: 50 pages of axe murder, followed by 450 pages of mildly philosophical dread.

I was just remarking with one of my fellow reader's advisory librarians here at the downtown library that this is our favorite season of the year, as students hit their breaks and come by for some suggestions for Summer reading. Quitting cable works too!
Guybrarian on May 19, 2010 at 6:21 PM · Report this 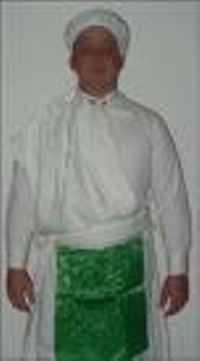 12
Out was creepy, but the author in person is even creepier. I asked her if her books were based on actual crime, and the answer was " it's really the opposite. After Out was published, the national rates of crime committed by housewives sharply increased. And there was a high profile murder and dismemberment that was dubbed the "Out murder" in all the papers".

But why in the name of fuck would Hiaasen be a guilty pleasure?

13
Out was creepy, but the author in person is even creepier. I asked her if her books were based on actual crime, and the answer was " it's really the opposite. After Out was published, the national rates of crime committed by housewives sharply increased. And there was a high profile murder and dismemberment that was dubbed the "Out murder" in all the papers".

But why in the name of fuck would Hiaasen be a guilty pleasure?

14
@7: I dig zombies, but the books I recommended are 100% zombie free. Just 'cause the characters are dead doesn't mean they're zombies!

That said, I think the questioner would also enjoy Max Brooks' World War Z, which most definitely is a zombie book. There are plenty of gross bits, but also plenty of "ahhh, yes, that is totally what I'd do during a zombie apocalypse" moments, and it's a rip-roaring good read.
Kalakalot on May 20, 2010 at 2:50 PM · Report this