5
@3: Yes, there were indeed two. The first was shown at the end of the final season run in spring-summer 1989. There were one or two episodes just before the final which were not aired. The network wanted to push the planned finale up by removing the episodes already filmed which immediately preceded the planned finale.

Then in early 1990, Miami Vice "reappeared" with the lost episodes that were yanked out of the original sequence.

7
I think I saw the final airings for St. Elsewhere, Quantum Leap, and Star Trek: The Next Generation.

Also, maybe I'm confused, but how does "Monday Night Football" have a final airing? Did the Americans stop playing football on Mondays?
Telsa Grills on May 25, 2010 at 4:53 PM · Report this
8
this whole list made pointless in the 21st century by the fact that a significant % of people download stuff from the internet

Then came FOX and cable.

13
#7, I'm guessing it's the final MNF before it moved from ABC to ESPN.
w7ngman on May 25, 2010 at 5:04 PM · Report this
14
@8, 10 - They almost certainly do count DVRs, but you can add all those others in there too and it'll still be much lower than the shows from back in the day. The reason isn't that people are watching by other means, it's that they're watching and doing other stuff. Audience fragmentation and that. We have a hell of a lot more things competing for our attention (hello Internet) than we did then. The days of practically everybody in the country watching the same thing (at the same time or not) are long gone.
Anthony Hecht on May 25, 2010 at 5:06 PM · Stranger Staff

17
I'll never forget the series finale to Monday Night Football. What with Jon Gruden ending up in a mental hospital trying to un-suppress the memory he has of Steve Madden's inability to control a crying infant as the 1985 Bears patrolled nearby. That was one for the ages.

DVR, Hulu, and misc web portals aside, I think the air-time numbers are significant—not just to advertisers—in that it's the most accurate gauge of the depth of a television program's claws. It's not like people didn't have better shit to do in 1983 either.

21
I think #14 nailed it. Another angle to that analysis is that the internet seems to have contributed to an inflated perception of how popular Lost actually was. I'm going to call it the "Ron Paul effect".
w7ngman on May 25, 2010 at 5:49 PM · Report this

24
If you look at any of the other series finales of the past few years, which are really the only ones that you can compare to due to all the changes in the media landscape, Lost does okay.
SPG on May 25, 2010 at 5:59 PM · Report this

LOST probably shot itself in (giant stone) foot by airing yet another of their stupid recaps...this one a 2 hour potboiler in the prime viewing lead in. That definitely watered down the viewership for the episode itself since it was completely pointless, as it mostly recapped the previous few episodes from this year.

27
The fact that people all over my Internet, my office, and my home were into lost makes me believe that it was a more important than mr fucking belvedere.
wisepunk on May 25, 2010 at 6:30 PM · Report this
28
What's with the shock over Star Trek: TNG being #17? It was a very popular show and it was damn good, too.
Faber on May 25, 2010 at 7:04 PM · Report this
29
Ah, The Wonder Years. I watched it recently and it's just as entertaining now than it was then, when I was growing up alongside Kevin.

It's really too bad that they will never release it on DVD because the song rights alone would be a fortune.
doceb on May 25, 2010 at 7:35 PM · Report this

30
I'm guessing that this whole discussion also does not take into account the number of people who only watch tv series on dvd now, which of course, did not exist when Mr. Belvedere had it's season finale.
How many people out there are waiting to watch the ENTIRE series on dvd when it all comes out in August? As well as the people who simply haven't seen just this season yet because they are waiting for it on dvd?
bella on May 25, 2010 at 8:42 PM · Report this

31
As others have stated, prior to our culture developing ADD, it was a different thing for a series to end. You might never see it again, unless you were one of those rich people with a VCR (or Beta?). ;)

If you compare the shows which existed with a comparatively similar audience, then Lost comes out on top, or near to it. Go through that list and check out the ones which have ended within the last couple of year: Scrubs, Battlestar Galactica (should have been higher), Ugly Betty, 24, etc. And all of those are ranked with less viewership than Lost.

I for one, was one of those who would watch Lost on Hulu or another internet source. However, I did go to a friends home to see the end. I'm just old fashioned that way, I guess.

So...here are two questions for you:

1) Where does Law & Order rank? It has to be up there, even surpassing Lost, I imagine...unless no one watched it anymore and that's why it went off the air.

2) Where do you think House Md will be when it goes off the air?
bugwitch on May 25, 2010 at 9:13 PM · Report this
32
Let's just face it: Mr. Belvedere was a better show. Better cast, better story lines and better theme song. Lost doesn't even have a theme song--never mind one that is performed by Leon motherfucking Redbone.

I don't think we knew how special it was at the time. There was a glut of great sitcoms on the television in mid to late eighties. I think if Mr. Belvedere ended today, not only would it have huge viewership, I suspect the date it ended would be declared a national day of mourning.
carrma on May 25, 2010 at 11:53 PM · Report this
33
As mentioned in pretty much every post since #6, there is the torrent, TiVo, and Hulu factors to consider, which I had not, when I was aghast that BSG was so far down on the list, and Arrested Development didn't even make it. 'Course, I watched the former after downloading it via torrent, and the latter on the DVD copy I purchased. So I shouldn't be so surprised.
Knat on May 26, 2010 at 12:14 AM · Report this
34
Actually it is pretty impressive that Lost did as well as it did considering the highly serialized nature of the story (in addition to the general audience fragmentation issues discussed above). The only other shows I can think of that really required you to watch the episodes pretty much in order from start to finish, with a continuous story arc from the very start to the very end are Babylon 5 and BSG (not counting shows that aspired to do this but failed to finish the arc. I doubt it's a coincidence that these shows all had their entire story arcs pretty well mapped out right at the start). This requires a huge investment on the part of the viewer, and generally these types of shows start out huge and slowly peter out as people with shorter attention spans fall by the wayside.

Personally I have not watched a single episode of Lost this season, as I have the whole season on the Tivo and was planning on watching it after the end of the main network season in marathon style.
dragfaerie on May 26, 2010 at 5:16 AM · Report this
35
Ratings don't mean shit. American Idol and Dancing With the Stars dominate the ratings these days...and Starbucks sells the most coffee.
on May 26, 2010 at 7:42 AM · Report this

36
I think that part of the reason "Lost" did not do so well as others is it actually had a pretty narrow viewership. I mostly only hear 20- and 30-somethings rave about it. Of course, I never even watched the show because the concept reminded me too much of "Survivor" (thppt) and I've already seen all the reruns from "Gilligan's Island."
libraboy on May 26, 2010 at 8:47 AM · Report this
37
I don't cheer for TV shows like I do sports teams so where LOST finished in overall ranking doesn't really matter. I enjoyed the finale and am glad I watched the series.
PA Native on May 26, 2010 at 9:07 AM · Report this 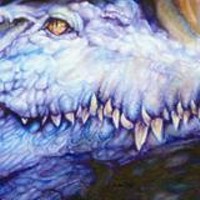