Every Child Deserves a Mother and a Father

3
what a fucking bastard
The Skank on June 28, 2010 at 5:04 PM Report this
4
Now, I normally don't put up a fight against these "Every Child Deserves a Mother and a Father" posts, Dan, but I think that there is one small error in this one.

Where was the mother? Maybe the kids didn't have one, maybe the father was gay? Probably not, but it's a possibility. Just saying that the argument doesn't work in this case.
Alea on June 28, 2010 at 5:09 PM Report this
5
Always a reminder that humans can be such a mindless apes, well even apes would not to that to their own offspring but you know what I mean.
Sandrei on June 28, 2010 at 5:10 PM Report this

6
I've always wished I could basically do the whole eye-for-an-eye thing with people who beat tiny children. Could we please beat him to death and force a screw down his throat?
Geni on June 28, 2010 at 5:11 PM Report this 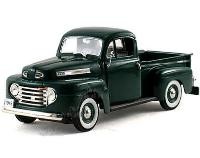 7
OK Dan, so there are some lousy, deranged people who are heterosexual and end up killing or doing horrible things to children. And each example is heartbreaking.

Just as there is no credible argument against same sex couples having and caring for kids, your attempts to produce a counter argument for the fundie idiots' anti-gay view by citing such extreme examples is beginning to make you look like a child having a tantrum.

The incidents you have shown in your blog for the last few months/years can at best account for the actions of 0.0001% of the US population and the chances of finding an example of a gay couple mistreating a child are virtually non-existent. So what point are you really making?

It seems to me that the majority of those arguing for "married, heterosexual parenting only" will take the view that the examples being cited by you are being comitted by a minority that is not associated with them any more than the 4% of the population that is gay.

How do you demonstrate that the perpetrators of such terrible acts of cruelty belong to the same group as the anti-gay lobby just because they are heterosexual?
The argument seems weak at best.
truck on June 28, 2010 at 5:42 PM Report this
8
7

"Frank Lombard, who is gay, is accused of inviting an undercover officer to have sex with his adopted 5-year-old son. "

10
@ Period Hive Drone, you have just successfully pointed out the small fraction of all parents that are disgusting people, regardless of sexual orientation.
samktg on June 28, 2010 at 6:38 PM Report this
11
Waaaaayyy too many people have been killed over the World Cup so far. I love soccer - especially the foreign teams - but this is passed the point of ridiculous. The World Cup is not worth killing people over.
dakoneko on June 28, 2010 at 6:46 PM Report this

Also, the article says, "There was no word on where the child's mother was at the time of the child's death." That does imply that the mother is involved.
Anne in MA on June 28, 2010 at 7:08 PM Report this

14
Haha, actually I when I saw the post @8 I thought the poster was trying to provide @7 with an illustration of Savage's fairness. Then I saw that the poster was Full-Stop. Now I just appreciate the delicious irony that Full-Stop has actually made Savage look more fair & balanced.
this guy I know in Spokane on June 28, 2010 at 8:03 PM Report this

15
@10 Samktq: If you look back through the threads you'll notice that Period Hive Drone brings up this one example over and over and over. Apparently it's his sole example of an unfit gay parent. The fact that it's the only example he can find doesn't say much for his argument.
Southern Gentleman on June 29, 2010 at 5:37 AM Report this

16
All I know is, I used to be able to read shit like this before I was a parent and not think much of it. Now it gives me nightmares. Someone please remind me the next time I read "Every Child Deserves..." in the post title to just keep scrolling and not look.

now now girls-
if you have a question about how the troll operates all you have to do is ask, no need to whisper among yourselves.
Lombard is the only example of a homosexual parent gone bad Dan has ever seen fit to share with the Slog.
In all the wide wide world.
'cause Dan is all about the Fair and Balanced.
the troll helpfully links it whenever someone comments, like @6 did, about there never being examples of abusive homosexual parents ("the chances of finding an example of a gay couple mistreating a child are virtually non-existent.")

18
@17: Alleged, you ass, can you get ANYTHING right?
One, it's #7, not #6. Two, you're taking the quote out of context. "[T]he chances of finding an example of a gay couple mistreating a child are virtually non-existent" does not refer to the paucity of stories reported by Dan; it's a reference to the fact that since there are relatively few gay couples with children, if the rates of abuse are identical between gays and straights, it is statistically much less likely for a gay parent to abuse a child.
The point of "Every Child Deserves" is not to be "fair and balanced" and to report on the news. It instead serves as a series of counterexamples to the nutty Bible-thumper axiom that a married mother and father somehow magically create a household that is stable, loving, and well-equipped to parent.
Also, if the Period Hive Mind really wants to try and prove that Teh Ghey is h0rr0blz0r parents, you'd think that it would look for stories besides the single one that Dan commented on. Sadly, the Period Hive seems to be composed entirely of drones since the workers seem to have all gone walkabout.

venomlash on June 29, 2010 at 8:58 AM Report this
19
@18. Thanks Venomiash. I'll add more. The Proponents of Prop 8 spent all of February arguing that gays and lesbians should be barred from marriage because they might have children and "children do better when they have a father and a mother". That is to imply that if two lesbians or two gay guys were raising a child, the child is being cheated out of a well-rounded, wholesome life SIMPLY by virtue of the fact that they are not an opposite sex couple.

That's why Dan EMPHASIZES the "Father and a Mother" headline. It's not just Prop 8 Proponents who are using this as their central argument. National Organization for Marriage uses it as their center piece. They mean to say that if children are not always and forever in the company of "a father and a mother" they are being cheated.

That argument is not accident. It happens that that particular argument could not POSSIBLE be applied to ANYONE except gay people. And that's the whole point of the argument when you want to find a reason that ONLY prevents gays and lesbians from marrying. Never mind that 80% of gays and lesbians do not have children. NOM and Prop 8 Proponents want marriage to be legally defined for ONE possible purpose - for procreative sex and raising children by opposite sex couples. So, they constantly emphasize the procreative purpose of marriage as if it's the ONLY reason people marry.

Well, set aside the fact that NO heterosexual who is sterile or who never wanted to have children has EVER been barred from marriage. In the Prop 8 trial, attorney for the Proponents CONCEDED that point but STILL argued that marriage was ONLY for opposite sex procreative purposes so that children would be assured of having "a mother and a father". They repeat this argument that "Every child deserves a mother and a father" OVER and OVER and OVER again, because the want THAT to define what marriage is for, as if it is some sort of magic key to the happiness, health and well-being of children that GUARANTEES success.

Dan's counter-attack is absolutely appropriate. Every time NOM and Prop 8 Proponents assert that children who have two opposite sex parents are the gold standard of good parenting, they are really just insisting on a biologically based barrier to prevent gays from marrying.

The Prop 8 trial experts showed that all NOM and Prop 8 proponents were doing was that they were merely EMPHASIZING ***one*** purposes for marriage: to provide a secure environment in which to create a family.

Ah, but there were SIX purposes that ALL the experts agree are very powerful motivations for people to get married. Raising children was but ONE of the six.

Undaunted by the relevlation that no couple had ever been barred from marriage because they didn't want children, Prop 8 and NOM ****STILL*** insist that marriage is ONLY for procreative sexual activity for the purpose of raising children and that that purpose is the ONLY way children can be guaranteed a wholesome, happy live.

Obviously a union of a man and a woman is not a guarantee of what NOM and Prop 8 wishes it would do. Dan clearly and realistically illustrates that by posting the exact circumstances NOM asserts (an opposite sex married couple with children) and showing that the bullshit that is being used to prevent gays from marrying is based on the most outrageous of falsehoods.

Bring it on, Dan!

Rayfus on June 29, 2010 at 2:22 PM Report this
20
And of course it is a fucking piece of Latrino Mexcrement. Get ready for lots more congenitally stupid macho superstitious religious Mexican dumbfucks in huge pickup trucks in Seattle. We evil racists here in Arizona have been distributing spanish-language flyers extolling all the amazing benefits and welfare freebies that you idiot libtards have taxed yourselves so heavily for up there in your Sanctuary Shitty of Seattle. The days of seattle's 75% white majority are coming to a swift end. You will get what you have so naively been agitating for and getting your stupid naive white asses arrested for.

TONS OF FAT REDNECK MEXICAN CATHOLICS AND PENTACOSTAL ILLEGAL ALIENS ARE COMING IN THEIR BIG LOUD MACHO PICKUP TRUCKS TO LIVE IN SEATTLE!!!!!

"....that particular argument could not POSSIBLE be applied to ANYONE except gay people."
and divorced people.
and people who have children out of wedlock.
which means it applies to about ten times as many heterosexuals as homosexuals.
cry yourself a river.
on June 30, 2010 at 7:28 PM Report this