2
Also, what he can do is find a group that looks like a good match that has munches or meetups, contact their coordinator(s), and introduce himself. Most of the time, they're very friendly and willing to talk back & forth via e-mail a few times to get some background. Then when he shows up, he meets up with the coordinator(s) and he/she introduces him. I know this might sound patronizing because it's dealing less with the kink and more like social networking 101, but folks would be surprised how many people waltz onto scenes either putting themselves way too out there and being obnoxious or come out and are way too timid. If he plays it cool, it won't even matter that he's a newbie.

I wish his penis a speedy recovery though!
BrandonC on August 2, 2010 at 12:45 PM · Report this
3
Also - "I know that participants in lifestyles can sometimes be a little impatient with beginners."

Is that true? As a non-kinkster, but accepting of kinksters, this would suck if it was true. Dan? Is this true? Are participants in lifestyles impatient with beginners?
pain on August 2, 2010 at 12:55 PM · Report this
4
I get my kink at Starbucks. It's mediocre, but it comes with less attitude.
mint chocolate chip on August 2, 2010 at 12:55 PM · Report this

5
Um, what was the point of saying he just got circumsized? Does it actually have anything to do with the question? Is he saying that getting circumsized caused him to suddenly want to explore being kinky? Strange. It seems off topic to me, but whatevs.

9
Is a circumsized penis considered kinky now? I don't understand why an extremely common penile trait like this one should serve as a catalyst for kinkdom. He's obviously just looking for an excuse.
schmacky on August 2, 2010 at 1:12 PM · Report this 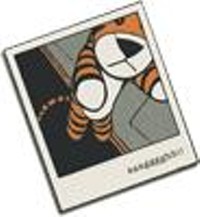 10
@3, It's more or less true of any organization of people. I don't think it's a particular issue within the kink community, but your mileage will vary depending on the actual people you're hanging out with.
Luluisme on August 2, 2010 at 1:12 PM · Report this
11
10-10 weekdays are really stupid hours for a coffee shop! Kind of insulting to people who live in the SOMA, this coffee joint just sort of assumes that they don't have jobs to wake up and get to!

Sounds interesting though, and I"m always looking for new things to Yelp about. Maybe I'll check it out after work.
LukeJoe on August 2, 2010 at 1:26 PM · Report this

I need to brush up on my google skills.

Urgutha Forka on August 2, 2010 at 1:27 PM · Report this
13
Another suggestion would be to check out Fetlife.com a free networking site that has event schedules(everything from parties to munches to workshops) based on areas/regions as well as dates. it's also a great place to learn more about his kink, the scene in general and a fairly safe place to ask questions. You'll find lots of advice for newbies on there.

But it really is worth the social acrobatics and remember no matter how big leather britches someone is, we were all newbies once.

At the very least you have an interesting story about medical masochism to share...though even within the sex positive community, I wouldn't make that your opening line.
Miss Katherine on August 2, 2010 at 1:27 PM · Report this
14
http://en.wikipedia.org/wiki/Phimosis

I normally make it through most letters without having to look up a word - this time I didn't make it 2 sentences!

19
Another good resource in the Bay Area is the Society of Janus. They maintain a pretty comprehensive calendar of all the kinky, fetish, sex-positive events that happen here (and some international ones as well), from beginner classes to munches to fetish balls and leather retreats!
nellodee on August 2, 2010 at 2:13 PM · Report this

22
Alejandro is really more of a retelling of Spain and it's brand of fascism than anything else.

23
@14: Nope, still don't understand. The circumcision should, according to Wikipedia, take care of it entirely. And he'll just have a circumcized penis. So what?
schmacky on August 2, 2010 at 3:52 PM · Report this

24
If the glans (head) doesn't expose because of the foreskin, I'm guessing it's not very pleasurable. Sort of like wearing a condom.
Vince on August 2, 2010 at 4:11 PM · Report this
25
@3 . . . I think the point is that there are an awful lot of somewhat clueless people (some well-meaning, some just oblivious, some actively assholian) who show up on a scene, don't bother to educate themselves about etiquette, and do things like go to a BDSM club and order random women to kneel before them (that's on the asshole end of the spectrum), or try to have a conversation with someone who's doing some complicated rope bondage (on the innocent but possibly irritating end of the spectrum). I would imagine the same thing would happen if you showed up at a Rotary Club meeting with little or no knowledge of Robert's Rules of Order. It's just that obnoxious folks in a kink setting can have that whole extra "creepy sexual harasser" vibe that you probably wouldn't get by incorrectly seconding a motion to elect a new treasurer.
AnathemaT on August 2, 2010 at 5:10 PM · Report this

26
@23 - if this guy's dick used to look anything like the photo on the Wikipedia link, then he probably didn't have much of a recognizable sex life to begin with. My guess is that he's waking up to some new things he wants to try now that "simple" sex is easier to manage. (In the same way, jerking off in bed late at night is not news; but having your first apartment, where you can jerk off in the living room in the middle of the afternoon - that's pretty cool.)
this guy I know in Spokane on August 2, 2010 at 6:07 PM · Report this

34
@30 - ha. This was 2 different neighborhoods in Boston (20+ years ago) and 2 different apartments in Spokane (12-15 years ago). Fun times. I'm sure it still happens nowadays, but now I live in a house and my neighbors are all elderly recluses. The only things I see in their windows are cats and house plants. (Mercifully.)
this guy I know in Spokane on August 3, 2010 at 10:40 AM · Report this
35
This is Newbie Kinkster. I appreciate all the feedback, especially from Mr. Savage. If you haven't googled it, Phimosis is a condition where the foreskin doesn't pull back properly making intercourse difficult if not impossible. I was actually going to get Dan's advice on what to do, but just decided to see a urologist instead.