I Baked a Mini Cherry Pie Into a Dark Chocolate Cupcake

5
I ask you, Megan: when are you going to open up your own shop? I'm starting to see a plethora of new food carts & trucks across the city & would love to see you make the leap and bring us inventive baked goods for us to buy. Do it!!
loganlorelai on August 28, 2010 at 2:05 PM Report this

Only caveat I see at serving this is to give a bit of warning about the semi-liquid center so that the lucky person enjoying it doesn't have to wear it.

I loves me some dark chocolate, and I really loves me some cherry pie, but my favorite part of this cupcake might very well be the vanilla bean butter cream. Can I get an amen?
Bauhaus I on August 28, 2010 at 2:07 PM Report this
8
Did you buy the tiny cherry pies, or make them? I would like to make this, and then to eat this.
Luckier on August 28, 2010 at 2:19 PM Report this

12
I once baked mini pumpkin pies into chocolate cupcakes and topped them with nutmeg cream cheese frosting. They were fucking good. 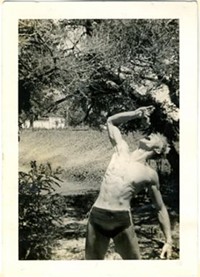 19
@18 Completely agree! Dark chocolate in bar form is just wrong. Dark chocolate baked into something really decadent is okay, as long as it is accompanied by plenty of sugar and cream. Do you guys get those Ritter chocolates in the States? The "praline" one is awesome: http://mommosttraveled.com/wp-content/up…

I put chocolate in quotes because I know some people hate white chocolate and like to point out that it's not even really chocolate at all, since all the cocoa's been removed. But I don't care, I still love it.
Urgutha Forka on August 28, 2010 at 5:42 PM Report this

22
@19, 18: BUH?!! GASP! Oh sacre bleu! Say it isn't so! Salted dark chocolate like this specific item comes without words to describe the utter, unspeakable awesomeness of the oral-induced self-orgasm it causes every time you bite into one. This may be the best chocolate ever, whether milk, dark, or white (even better than the heart-suspending Dolfin dark chocolate with Earl Grey tea, which I think is still sold at Metropolitan Market around Seattle).

@20: "White chocolate", though OK, isn't to my taste buds a "chocolate", per se, but just a butter in which chocolate likes to bathe itself. Like Velveeta isn't a cheese, but as a "Pasteurized process cheese food", it's the food that cheese eats (to give "American cheese" its orange colour, maybe). By itself, I'll pass. Done up in a recipe, I'm always game. White chocolate in a Cupcake Royale? Always, especially if it's a broken one they just throw in with the other cupcake(s) you buy. :)
Telsa on August 28, 2010 at 5:42 PM Report this

24
Those are really cute.

You can also put a chocolate covered cherry inside your chocolate cupcakes. Do the same thing you did for your Cadbury Easter cupcakes. It's delicious.

25
I went to Godiva Chocolates at Southcenter today to get a few chocolates for desert after eating at my favorite teriyaki place.

7 dollars for two pieces! Man, that chocolate good tho!

(Note to androsexuals....you might find what you're looking for there. )
Supreme Ruler Of The Universe on August 28, 2010 at 6:51 PM Report this

26
Okay, Telsa, I will try anything chocolate, and salted chocolate, if it's anything like salted caramel or salted licorice, must be pretty amazing. We have a candy shop in our tiny little town west of Calgary and they have 4 levels of salted licorice, so perhaps I will find salted chocolate there...still waiting to find chocolate crullers, and convincing myself that they aren't a cruel urban myth!!!
Canuck on August 28, 2010 at 7:46 PM Report this

27
@26: No, no. Not just any salted chocolate. I mean, you can get Lindt's sea salt chocolate at Shoplifters/Pharmapricks (and probably London Drugs and Rexall), but it cannot hold a candle to this stuff from Minneapolis.

You will thank the cosmos for mail ordering a bar or two from them (they have other great varieties, too). You won't need to thank me — seeing the puddle formerly known as Canuck will be all the thanks a girl could ask for. :)

As for chocolate crullers, I'll backtrack to the place and find out if they can do it again. It requires a trip out to the other side of town, and a special order request. I wish I were making it up, but it was real. And really good in a really bad way.
Telsa on August 28, 2010 at 8:49 PM Report this

28
I am ordering the chocolate, Telsa, but when my children wonder why the puddle that used to be me isn't making dinner, I will direct them to this thread.... :)
Thanking you for the chocolate nirvana in advance.....
Canuck on August 28, 2010 at 9:35 PM Report this

33
canadians - just the chocolate shipped to a friend in the states, and then have the friend airmail it to you. i do that for my friends in ottawa occasionally.
AmyC on August 29, 2010 at 8:03 AM Report this

38
I think you are a mad genius, but really all you are doing is assemblying packages baking products in a unique way - so this is chock full of preservatives and transfats. I am inspired to do this "for real," with actual chocolate cake batter and pie dough made from scratch.
J-Haxx on August 29, 2010 at 6:11 PM Report this

39
@38 You're right. I want to make them from scratch as well, but before I dedicated extra time and effort (and money) I first wanted to see if it would even work. Now that I know it does, the possibilities are endless!
Megan Seling on August 29, 2010 at 6:22 PM Report this

41
I'm pretty sure if you're eating a cherry pie surrounded by a brownie topped by buttercream frosting, the product's relative "healthiness" or unhealthiness" is a moot point.
Looks delicious in either case, though.
Canuck on August 29, 2010 at 7:26 PM Report this