Costco Does Not Condone Mistreatment of Baby Cows

2
I love the St Francis of Assisi in the background.

Props to Costco for admitting their wrong.

3
Technically, eating cows—specifically ones raised for beef—isn't mistreatment. That said, animals should be made as comfortable as possible, until it is time for me to eat or wear them.

There is no reason to cause a food animal pain, distress or discomfort while that animal is alive. "Harvesting" that animal should be done as humanely as possible - quick, efficient slaughter.

There is no reason to abuse an infant creature in order to render its flesh more subjectively 'tasty' - that's a total Klingon maneuver.
merry on September 1, 2010 at 4:23 PM · Report this

11
We're already up to about 10 comments and haven't been invaded by vegetarians saying that if we eat meat we have no right to complain about animal abuse, animal rape, animal circus acts, or beating Snookie. But it's coming soon. As well as Fnarf telling us individuals shouldn't exist or feel emotions.

Eating meat is participating in our natural food chain. (And producing soy, an alternative to beef for our protein intake, actually destroys more rainforest acreage now than raising cattle.) But industrialized feed lots and industrial butcher centers and blatant mindless cruelty to the animals are not part of the natural food chain and it's disgusting. I am lucky enough to know hobby farmers in eastern washington who only raise and slaughter free range, hormone free happy cows. I buy half a cow each year and only eat that. But I am lucky. We need much better regulations and awareness about our food sources. This video is so deeply disturbing.

Now cue the vegetarians saying I need to STFU, renounce my right to be outraged by abuse, and finally die with large sharp rotating machinery in my anus. Or give up eating meat. Or all of the above.
Fried Worms on September 1, 2010 at 4:35 PM · Report this

If you drink milk, you might as well eat veal. Cows need to give birth to continue producing milk, and almost half of their calves (most of the males) are superfluous. They'll die anyway; it's really only a matter of when.
keshmeshi on September 1, 2010 at 4:43 PM · Report this

You know the ones who post that stuff are trolls too, right? It's as easy for anybody else to parrot that moldy old script as it is for you to parrot it.
elenchos on September 1, 2010 at 4:48 PM · Report this

14
It's possible to produce veal without cruelty too. You just don't get that ultrasoft, ultrawhite meat that connoisseurs prize so dearly. Calves can be reared outdoors with Mom and still used for veal; it just isn't as profitable for the producer, since they can't charge as much for the meat.
Geni on September 1, 2010 at 4:51 PM · Report this 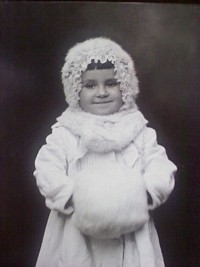 I never said individuals "shouldn't exist", which makes no sense. I said that individuals don't matter. Larger societies matter, and you are only as interesting as the sparks you throw off when you come into contact with that. You're also perfectly free to feel all the emotions you want, as long as you realize how stupid those emotions are. That's not a criticism of you; I am just as stupid as you, maybe more so. I cry at sporting events, for chrissakes.

It's OK. You're young. You don't fully grasp how horrible we are yet. I've never been very fond of veal -- I like my meat fat with cartilage and gristle -- but it doesn't bother me anymore than anything else.
Fnarf on September 1, 2010 at 4:55 PM · Report this
17
That anyone is surprised by this video AND that anyone still eats veal (or meat from Costco) is beyond me.
mitten on September 1, 2010 at 4:56 PM · Report this

18
@12 - Always hated milk, luckily my parents weren't big on it either, but I do love me some cheese. I have always been under the impression that bulls that aren't kept to stud are sold as beef. It's not a wonderful life, but there's no reason to lock those buggers in a box.
Dougsf on September 1, 2010 at 5:02 PM · Report this
19
Instead of eating them, we should throw them in the river with the puppies.
hi-land on September 1, 2010 at 5:08 PM · Report this

20
The amount of cruelty people will impose on animals to get a "tastier" meat product astonishes me.

21
11- Wow, you've succeeded in sounding more egotistical than any holier-than-thou vegetarian. Go ahead and feel better about yourself just as much as they do. And for the record, you do need STFU about Snookie.
dirac on September 1, 2010 at 5:23 PM · Report this
22
@11, being a lifelong vegetarian I don't have a problem with other people eating meat. Like you, I do have a problem with the meat and the dairy industry. But I’ve ran into more meat eaters who are angry about vegetarians existing than the over didactic vegetarians you speak of. Not saying they don’t exist but you sound threatened. We don’t mean to threaten you.
sall on September 1, 2010 at 5:23 PM · Report this

I agree about white veal. I just don't see much difference between eating a calf or an older animal, except perhaps the distress the cows (may) feel when their babies are taken away and slaughtered.
keshmeshi on September 1, 2010 at 5:44 PM · Report this
24
Someday soon they'll figure out a way to grow human meat in a lab, and it will be super, super tasty.
tiktok on September 1, 2010 at 6:10 PM · Report this
25
Despite the fact that I've been a vegetarian for 25 years I was inclined to agree with @11. That is, until I read the comment again and realized I am much more inclined to agree with the sentiment of @21.

I agree that eating meat is naturally part of the food chain. I chose stop stop eating meat due to animal cruelty associated with factory farming practices. It was a personal choice. I am not militant about whether or not others make the same choice.

It was a different world 25 years ago. There was no such thing as "free range" meat or eggs my hometown. And I grew up in farm country in the Midwest. That said, you still can't easily obtain free range animal products in most cities around the country (with the exception of metropolitan areas). And in those places where it is available the increased cost prohibits most people from being able to afford it.

Would I make the same decision today given the availability of free range products? I'm not so sure. I think that largely would depend on my income bracket.

But "lucky" for you. You're apparently privileged enough to rise above the masses. And seem to enjoy gloating in that privilege. Your comment is as annoying an offense as the 10 people who didn't post before you. The end.
Dod on September 1, 2010 at 7:30 PM · Report this

26
@11: If you insist on eating "free range, hormone free happy cows", then you have more in common with the average vegetarian than the average meat eater, so I'm not sure why you're acting so defensive.

In fact, the typical American meat eater would probably feel pretty defensive in their own right about your insistence that the production systems they rely on are "disgusting" and "deeply disturbing".

28
the slog is posting this? I'm kind of surprised. so often the stranger is the paper for selfish, hedonistic, fake-liberal, disrespectful, ferocious vegetarian bashers. "yeah it might be cruel but it's so tasty." And to that specific demographic I say, go fuck yourselves.
i'm pro-science and i vote on September 1, 2010 at 9:23 PM · Report this

29
That's pretty normal treatment of veal calves. This is why so many animal rights people are so anti-veal (and anti-milk). It's not because they're cute babies. It's because producing perfectly soft, white flesh means that you have to prevent the animal from MOVING, and there is no humane way to do that.
Violet_DaGrinder on September 2, 2010 at 6:03 AM · Report this