3
It makes me sad to see young (and in this case, cute) people spouting Tea Party bullshit. Those words are just extra depressing when they aren't being shouted by old angry white people.
Schmapdi on September 2, 2010 at 1:08 PM · Report this
4
Karma...she probably has a different view by now and sick.
on September 2, 2010 at 1:21 PM · Report this

5
i think thats the bartender from contour
aardvark on September 2, 2010 at 1:23 PM · Report this
6
Why would you say she is reasonably intelligent? Because she is 'well-spoken'?
She has a good handle on talking points and some facts, but can't understand that a lack of insurance causes actual people to actually die every day in this country, that an emergency room is only good for short-term injuries and illnesses, and that getting people preventative care via Medicaid will save money, increase productivity and save lives. Instead she worries about 'innovation' in the insurance industry being stifled and longs for people (other people presumably) to be able to individually negotiate with hospitals about how to pay their crushing medical bills.

I bet she names her first born Dagney.
dirge on September 2, 2010 at 1:26 PM · Report this
7
Yeah, she's pretty clueless - and she evades dealing with Grayson's points like an eel swimming in a bucket of grease. But even so, she STILL comes off as being more articulate than 90% of her fellow Tea-baggers.

Also, Grayson is incredibly patient and amiable, but still doesn't let her get away with bullshit. Good on him.
Alicia on September 2, 2010 at 1:58 PM · Report this
10
It isn't people's fault that they don't know the facts or don't understand the legislation. It's the Democrats fault for letting the Tea Party/GOP drive the "debate" for so long.

Really, what happened to the left in this country? The fucking labor movement couldn't organize a birthday party, let alone a working class. is it any wonder that the upcoming election is about center-right and far-right, and not center-left and center-right?
Kevin Robinson on September 2, 2010 at 1:59 PM · Report this
11
Hey, I disagree with her, but at least she was making actual points. Nevermind many of those points were misguided or just plain wrongheaded, they were points and she understood them. Kinda blew it with the "subservient to the state" line though.
tired and true on September 2, 2010 at 2:03 PM · Report this

Almost identical to those against same-sex marriage. It's always about how "they" feel about two people of the same sex marrying, never about how the gay couple in love feel about marrying, and what it would do for them.
Frau Blucher on September 2, 2010 at 2:08 PM · Report this
13
@12, that seems fairly consistent with the GOP's position during this whole debate: "People should have the right to NOT pay for Health Insurance, because, um, well, MAYBE they'll never get sick, injured, or - uh - old."

As I've said before, people like this simply have no capacity to put themselves into anyone else's shoes but their own.
COMTE on September 2, 2010 at 2:14 PM · Report this
14
@12 and 13, people like this should be reminded that their right to swing their fist stops at my face. OTHER PEOPLE are paying more for healthcare because people have the "right" to not be covered by medical insurance. TAX DOLLARS are being wasted on picking up the tab for both deadbeats and people who genuinely can't afford the care they need. The fact that healthcare is more expensive than it needs to be, due to a lack of preventative care and those who cannot or will not pay their medical costs, can drive otherwise decent, hardworking Americans into bankruptcy or worse.

I like to go for the shocker on these things, because I'm good at it. When they say they have a right to not be covered, I say the hospital/doctor/etc. has a right to refuse them treatment under a system like that. They can either pony up a credit card at check-in, and pay for each procedure, test, etc. before it is completed, or the treatment is not completed. If they die, too bad. It was their choice. That usually shuts them up (and actually satisfies a part of me that thinks we *should* be able to "self-insure" under the new system, much like many states allow you to put up a large chunk of cash or much more in real property as collateral and not carry car insurance).
Ms. D on September 2, 2010 at 2:33 PM · Report this
15
That was really great! She may have not answered his questions (since she already made up her mind), but the exchange brought it all right out front. Good stuff.
Bean on September 2, 2010 at 2:45 PM · Report this

"Medicaid, basic health needs, HHS and decency.
Fucking societies, how do they work?
And I don’t wanna talk to a House Representative
Y’all motherfuckers lying, and getting me pissed."
pissy mcslogbot on September 2, 2010 at 3:05 PM · Report this

"TAX DOLLARS are being wasted on picking up the tab for both deadbeats and people who genuinely can't afford the care they need. " Is it the fault of the deadbeats and working poor healthcare is for profit and they can't afford it and the conservative employers (um Walmart) dont insure them?

"The fact that healthcare is more expensive than it needs to be, due to a lack of preventative care and those who cannot or will not pay their medical costs" >> US healthcare costs are so high because we are fat fucks and drive away at the fueling station? Uh, maybe a part of a percentage. It's so high because healthcare companies make tons of profits and they can charge whatever they want. It's a market system, who cares if people cant afford your product (and suffer). Its their fault for being DEADBEATS (wtf??)

You're only good at being a shocker because you are so plainly wrong and retarted about it with your 'fist stops in my face'. It fucking does. 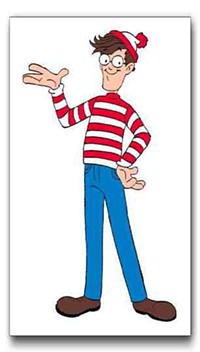 20
This is the first time I've seen Grayson without his smirky cable news face or his raving-late-at-night-to-an-empty-chamber face. I like this much better.
Mike on September 2, 2010 at 3:42 PM · Report this

21
i mean what the fuck is with all these Moral conservatives who think its morally acceptable to live in such a wealthy nation and let the sick go untreated because they are "deadbeats" or poor or whatever? what the fuck!! hello! fucking fuck! its a right of nature to let people fucking die but holly shit its not a Moral obligation to ducking do what we can for sick people? Jesus Fucking Christ
aardvark on September 2, 2010 at 4:04 PM · Report this

22
@21 - Conservatives don't see it that way. (They usually don't see very far past their own faces, actually, but there you go.) Conservatives see the Government as an instrument of oppression by elites, not as an instrument of the People - and this is a fundamental mental block for them to coming around to that line of argument. What they don't realize is that as corrupt and flawed as the government may be, we don't have any alternative - and if we want to fix the problems with the government, the answer is to engage with it, hold officials accountable for corruption and call them on their bullshit, not to privatize everything and leave people at the mercy of private-sector charlatans who have no accountability whatsoever except to profit.
DavidG on September 2, 2010 at 4:10 PM · Report this
23
@23: Conservatives, as a group, largely consist of working-class people who are convinced that they are billionaires whose check has yet to arrive. They identify their interests almost exclusively with the ruling class.
Proteus on September 2, 2010 at 4:52 PM · Report this

24
@23: "working-class people who are convinced that they are billionaires whose check has yet to arrive."

those there are the type of asshole that vote against their real interests, reject reason, decency & compassion, because they are suckers for the Horatio Alger myth; & very easy marks for the higher up Republicans.
pissy mcslogbot on September 2, 2010 at 5:20 PM · Report this
25
@23, replying to yourself before you've even said anything... you must be from the future! Tell us whether all those people you mentioned are rich yet.

Perhaps you should go back and read slllooooowwwwwly. When your preferred policy ends up hurting other people (allowing the for-profit healthcare system to continue along as is, unchecked, just so that some people who don't care if they have health insurance can continue to not have health insurance), then your preferred policy cannot be the correct choice. It's actually a quite simple analogy to building codes, car insurance requirements, and other government-imposed burdens. While the burdens help the people they're placed on, they also help others, sometimes even more so. When not having a, at least, government-regulated healthcare system drives people into bankruptcy, increases the cost of care for millions of other people, and allows certain individuals to die unnecessarily, that policy must be changed. And the rights of one person to "not have insurance" do not trump the public necessity for healthcare coverage for everyone as a public good.

I go to the extreme in telling these fuckers my nice little tale about how pre-payment would work to scare them, since fear seems to motivate them pretty well. Even if they are not poor, the prospect of having to, at that moment, pay upfront for a CT scan if they're feeling lightheaded or pony up for a cast before it's placed on their broken leg seems to hit a little nerve for them. For a moment, they imagine themselves sitting in a room, having just found out their appendix burst, and the hospital telling them they'll have to pay tens of thousands of dollars on the spot or die within 24 hours. And then maybe they think that insurance isn't so bad and that, if forcing people to have insurance can regulate costs as well as telling a 10-year-old with tonsillitis they might die unless someone comes up with thousands of dollars within a few days, maybe forcing people to have insurance wouldn't be such a bad idea.

Americans truly spend so much on healthcare because of out-of-control overhead and administrative costs, but a very significant portion of the increased costs DO have to do with people not paying their bills (intentionally or because they can't...remember that these are two separate groups) and not seeking treatment until their condition requires serious medical intervention (also using the ER for minor illnesses and injuries, because many private doctors and clinics DO require upfront payment they simply can't afford). Preventative treatment also puts people in a doctor's office once in a while, where the doctor can advise them to lose weight or exercise more, and truly good coverage for everyone will allow those same people to see a dietitian, physical trainer, and/or physical therapist to achieve those goals and improve their health.

Universal would be better, but I'll take whatever steps in the right direction we can get. And you're not going to get me to back off of my perception that self-insurance is fine. Someone with the means to actually pay their medical bills without going bankrupt has every right to do so, but should be required to prove that they're capable of paying for it. Just like self-insuring your car (or "bonding" as some states call it).
Ms. D on September 3, 2010 at 1:17 PM · Report this