SL Letter of the Day: Don't Santorum Me!

1
and who could forget:
http://www.moonbattery.com/archives/sant…
schmacky on September 29, 2010 at 3:33 PM · Report this
2
Awesome
sall on September 29, 2010 at 3:39 PM · Report this
3
@2, while trying to discover the names of those unforunate children, I discovered that the Santorums have SEVEN kids, plus another one that died two hours after birth, but whose corpse they took home, introduced to their kids, and slept with that night. Freaks, they are.

Their oldest, Elizabeth Ann, is 19, and thus old enough to whip up a big frothy batch of the family namesake herself. That's presumably her in the background of that photo, looking rather sad and almost goth. Brother Daniel, the startled-looking one on the left, appears to be contemplating a life in which his last name will always haunt him and limit his friendships. I think the weepy one in the front must be Sarah, now 12. At least she gets to change her name when she marries (the Santorums are very traditional people).
Fnarf on September 29, 2010 at 3:48 PM · Report this
4
@3. OMG, that's disgusting, about introducing the other kids of a corpse and sleeping with it. Makes you wonder what bizarre rituals they put their living kids through.
pablissima on September 29, 2010 at 4:02 PM · Report this
5

plus another one that died two hours after birth, but whose corpse they took home, introduced to their kids, and slept with that night. Freaks, they are.

My personal philosophy is not to be too hard on people dealing with their dead newborn infant. I'm sure the Santorums have plenty wrong with them, but there's no accounting what grief can do to your head. I'd also add that making fun of the look of his young daughter is really low, which is the only intention of the picture schmacky linked to.

6
That was part of the beauty of the Santorum campaign. His name is so uncommon, the joke was unlikely to ever sully the name of many people not directly related to him.
Reverse Polarity on September 29, 2010 at 4:12 PM · Report this
7
Come on, if you've never had a baby die, you have no idea what you'd do to grieve. There are photographers who take actual dressed up pictures of them. It seemed bizarre to me at first, but I've never been in the position of having to bury a child who didn't live long enough to have pictures to remember them by. Even political enemies get compassion for that.
CLDG on September 29, 2010 at 4:19 PM · Report this
8
Dan,

Why not just use C.O.D.
Can stand for sooo many things, and as long as you make sure she knows we, your faithful bobble heads, are talking about her, insult served.

10
I think you need to look on the bright side T. O'Donnell. You could be named:

I like that Dan suggested a way for this T. O'Donnell to present himself as a hero to his one day teenage daughter. 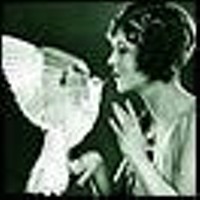 21
Manymanymanymany years ago, as a member of ACT UP in NYC, I would pose as a reporter to get information on the whereabouts of some target or other of one of our "zaps." The name I favored was "Jack Kaufman," which was just subtle enough.
Drew in Palm Springs on September 29, 2010 at 11:00 PM · Report this
23
@7, no, never had a baby die, but have had family members die, and there is nothing creepier than having the shell of an ex-person around, and especially not in your bed. corpses are to be disposed of, not introduced around and slept with.
pablissima on September 29, 2010 at 11:06 PM · Report this

29
As my pops enjoys Nascar (I know, I know, and we've lived in the NW all our lives) the one that left the greatest impression on me was the unfortunately named racecar driver Dick Trickle.
More, I Say! on September 30, 2010 at 9:39 AM · Report this
30
I once worked with a Bubba Boner. He went by Bubba because his first name was Harry. And he was a Junior. You can't make this stuff up.
Christy O on September 30, 2010 at 10:43 AM · Report this
31
Turning someone's last name into an insult, encouraging the entire internet to taunt the person with the insult, using one's position of power as a ... what do they call it ... oh yeah, a "bully" pulpit to harass and intimidate a person. All in the name of moral superiority, or because if you disapprove of someone strongly enough, that person is no longer human. Thank the stars Mr. Savage and anyone else who has used this tactic with the approval of his own conscience isn't like those awful mean bullies. And how fortunate that there will be no unintended collateral damage in the form of innocent six-year-old girls. Yeah, you guys are awesome. Building a better world!
on September 30, 2010 at 10:56 AM · Report this

On the flipside of this, why are we naming something that is great after a bigotted politician?

Apropos of all the naughty names... the Publisher of the Seattle Weekly is "Kenny Stocker" *(can he stalk her?)*. Real nice and hardworking guy, but he does insist on going by Kenny. Although I guess Ken Stocker produces a similarly mal nom.
treacle on September 30, 2010 at 12:04 PM · Report this

33
One Summer during college, I worked in a county park. One of my duties was answering the only phone in the park. A lot of the calls were for the guy who was the head of park maintenance. I'd hear, "I need to speak with Dick. Could you get him on the phone? I'll hold while you find him," and know that for the next twenty minutes, I'd be running around the park calling you, "Dick! Dick! Di-i-i-ick!!!" I was never able to learn his last name.
Drew in Palm Springs on September 30, 2010 at 12:28 PM · Report this

34
My first roommate my freshman year of college was named Rod Holder. And he was, too.
Snappertuna on September 30, 2010 at 2:43 PM · Report this
35
@31 while I personally don't condone namecalling, slinging mud at politicians has always been regarded as fundamentally different than schoolyard bullying, mostly because a) the participants are adults and b) politicians put themselves into the public light. I'm actually quite surprised that someone on the conservative side hasn't done something similar with Dan.

While I'm somewhat saddened that Rick's kids are going to have their last name somewhat dirtied, that is different from personally taunting THEM, and as people have pointed out here there are many more unfortunate and yet traditional names that get passed down. Hell, "Johnson" is still a perfectly legitimate last name, and I'm sure there are parents out there deliberately naming their little boy "Richard Johnson" just for the dick joke.

Is Dan on the side of the angels? Really he's a political force, and "angelic" and "politics" don't really belong together.