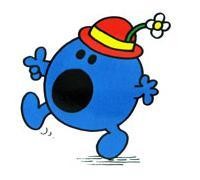 1
"Problematic riders" are certainly not unique to buses. At least, not in Chicago they weren't. In fact... when I lived there, I would say there were definitely more "problematic riders" on the El than on the buses (though, supposed it depends on which train lines vs. which bus lines we're talking about).
Julie in Eugene on October 4, 2010 at 11:28 AM · Report this

2
Bogotá, Colombia has had a BRT system (called the TransMilenio) in place for 10 years, and, while everyone agrees that it has made commuting in that city somewhat less hellish, it's clear that BRT alone can't solve the city's transit woes. Our populations aren't comparable (Bogotá has over 7 million inhabitants) but the principle is the same: Light rail, BRT, bike paths--having multiple, quality transit options makes a city a better place to live! And, unlike Bogotá, at least we aren't trying to build a subway.
YakHerder on October 4, 2010 at 11:43 AM · Report this

4
Yeah, but it's frickin cold in Ottawa in the winter, Baconcat.

6
From what little I have read, isn't having lanes used ONLY by transit an important ingredient in the BRT formula? Sure, the lights may be timed for it, but there is still plenty of opportunity for jackasses in private cars to screw everything up.
Tingleyfeeln on October 4, 2010 at 12:28 PM · Report this

7
RapidRide only makes sense if it is viewed not as an alternative to light rail, but a long overdue improvement to conventional arterial bus service.
Martin H. Duke on October 4, 2010 at 12:29 PM · Report this

8
Yak, @2, you have the right idea, that transit solutions cannot rely on one mode of transit. I feel that BRT is a good option to the eastside, provided there are DEDICATED LANES! Dedicated lanes are an important part of BRT.
Going on with the idea of multiple modes of transit, we need to consider the monorail for certain routes. I live in Ballard, hear the calls for a light rail line between Ballard and West Seattle, and look at the road between Ballard and downtown, and still feel that this is the best technology for this route. Also, it needs to be 2 lines meeting in the middle, not one line like the old Seattle Monorail Authority plan.
Tingleyfeeln on October 4, 2010 at 12:33 PM · Report this
9
My understanding is that RapidRide is not and has never been envisioned as true BRT, unless you define down the meaning of BRT the way we're defining down the meaning of victory in Iraq and Afghanistan. Few litmus-test criteria:
1. Readily accessible boarding for wheelchair-bound individuals. Is this the case? I read on the RapidRide site: "RapidRide buses have low floors and three doors, so you can get on and off quickly."
2. Pay before boarding. I recall reading on Seattle Transit Blog that the drivers still have to be able to take payments. Is this true?
3. A dedicated right-of-way or some means by which the buses don't get stuck in general-purpose traffic.

On #3, isn't RapidRide a fail? Now, I'm not blaming King County Metro for this failure. They don't control city streets. And I can't help but think about the RapidRide route that's supposed to replace the 358 bus route on Aurora Ave. N. I find it hard to imagine that the Seattle City Council is going to have the guts to give that route the kind of right-of-way it deserves beyond the concessions the 358 currently gets during rush hour.

Community Transit in Snohomish County has its own Swift BRT, and if you did a checklist or scorecard, you'd find that Swift is better than RapidRide and could probably be considered genuine BRT.
cressona on October 4, 2010 at 12:34 PM · Report this 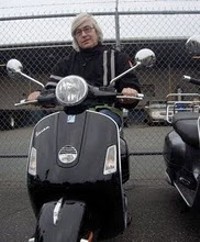 Oh, and why the need to take a shot at light rail? 'cause you know, it's not like they ever bothered to build light rail anywhere in Europe.

And how exactly are those conventional buses you so flatteringly describe as "40-foot bread boxes" going to provide anything approaching rapid or reliable service when they're required to accommodate wheelchair-bound passengers?

Anyway, I eagerly await the opportunity to be enlightened by your answers. You're obviously smarter than the rest of us here.
cressona on October 4, 2010 at 1:31 PM · Report this

The thing that worries me is that anti-transit politicians will point to BRT as a reason why we don't need light rail service in Seattle, and that's bullshit.

Uh, Paul? We have light rail service in Seattle. And lots more on the way. Billions and billions of dollars worth (being installed in--OH MY GOD! TUNNELS!! TUNNELS DRILLED BY GIANT TUNNEL-DRILLING-THINGIES!!) Do you actually live here?
kk in seattle on October 4, 2010 at 4:06 PM · Report this
15
This will solve our transportation problems because everyone knows the tortoise really beat the hare because he changed his name to Lightning Turtle.
JesseJB on October 4, 2010 at 5:08 PM · Report this

run frequently, have their own lanes, can override the traffic signals and require payment somewhere other than on the bus (like they do everywhere in Europe)

Those are not "insignificant details," that is the business model of successful public transportation, something that is understood everywhere EXCEPT Seattle.

and why the need to take a shot at light rail? 'cause you know, it's not like they ever bothered to build light rail anywhere in Europe

In Europe, they didn't tear up the tracks they laid 75-100 years ago. Granted, a bad decision on the part of most cities in the U.S., but it is what it is.

What I object to is how light rail is being financed on the backs of the poor through a regressive sales tax, and how after all is said and done it will still account for only about 6% of trips throughout the region, at a cost many, many times that of "40-foot breadboxes." (Which, BTW, is how my Metro bus driver friends refer to non-articulated 40-foot coaches)

And how exactly are those conventional buses you so flatteringly describe as "40-foot bread boxes" going to provide anything approaching rapid or reliable service when they're required to accommodate wheelchair-bound passengers?

I imagine the same way the fetishized RapidRide® buses do. Every company in the world that builds transit buses has a 40-foot flat-floor model with a simple ramp that deploys in a few seconds, and have for a decade or more. It's just that Metro, for whatever their perverse reasoning is, chose not to buy them. And it's not at all difficult to raise the sidewalk to the level of the bus floor/ramp.

As for the quesiton of my I.Q. vis á vis other posters here, let's just say I am aware of a world outside Capitol Hill...

orino on October 4, 2010 at 8:16 PM · Report this
17
All I can say is that I road the rapidride today and any kind of time saving that could have been had because of the bus' frequent stops was completely negated by the fact that it moved extremely slowly down 99.... I guessed that this lack of speed had something to do with staying on a time schedule, a fact the was confirmed by the shiny new fare enforcement officers.... :) To add insult to injury everyone still boards at the same door and we stopped at nearly every light, not to mention we paused for upwards of a few minutes at various stops (to keep the spacing between buses). The final thought I am left with is it sucked, plain as that, my ride usually takes about 20 minutes and today (without traffic) it was at least 30.
kc86 on October 6, 2010 at 2:06 PM · Report this