2
Sounds like the crypt keeper threatened to have sex with her.

3
Wow. How much did we cost, Cindy?
Jewelry? Land? Half of everything uncontested in the divorce?

4
@ 3 Cindy owns everything. She brought the money to the marriage.

@ Dan, I still think your post of late have been too shrill but I take back my Bitter Betty and Cindy McCain might hep comment.
danindowntown on November 13, 2010 at 12:21 AM · Report this
5
I do hope you'll leave this one out of the it gets better project Dan! There is no room for hypocrisy in hope.
clarity on November 13, 2010 at 1:34 AM · Report this

6
I'm not sure it's a reversal. Sounds kind of like she's standing behind the good-heartedness of her man's position, or whatever. One of those nonsensical "I think what you believe is logically indefensible, but respect you too much to judge it for that" deals that only politicians seem to delude themselves into thinking cogent. Or maybe I'm just being optimistic.
Alcon Blackhawk on November 13, 2010 at 2:17 AM · Report this
7
i'm so tired of straight 'allies' they're nothing but a pandering bunch of cowards who can't think for themselves. welcome to america.
SFboy on November 13, 2010 at 2:24 AM · Report this

8
If I had to take bets on this one, my bet would be there was a shit-storm of hate mongering conservatives that bombarded her, McCain and the internets over this one.

11
One percent of the people in this country control fifty percent of its wealth.

My question is how long are this nation's gullible voters going to continue to bury their heads in the sand, allowing oligarchs and plutocrats to rub their noses in the fact that they are utterly, completely powerless?

Elections used to offer something of a remedy for plutocracy and oligarchy -- not any more.

Elections in this country were turned into Silent Auctions when the U.S. supreme court declared that corporations are people, and are entitled to the same free-speech protections as human beings.

If this is so, under the equal protections clause of the U.S. constitution, we should be able to drag corporations into court and find them guilty of murder, rape, wanton destruction and a laundry list of other offenses. "... nor deny to any 'person' within its jurisdiction the equal protection of the laws." (my single quotes: 'person')

So let's get the ball rolling. BP goes to jail for 50 years. Halliburton ditto. Every other corporation, and its officers, goes to jail for decades. Companies that connived on worthless CDOs are put to death by hanging, as are all banks (just because they're banks).

While corporations are in "jail," their assets and all revenue they generate goes into IRS and Federal Reserve coffers. Upon their release, they will be subject to donating public service in perpetuity.

If you're a right winger determined to flame me, don't clutter up valuable real estate with your bollocks. With a modicum of research you'll find me. Be sure to read the Privacy Agreement -- it means what it says!
CharlesYFarley on November 13, 2010 at 4:47 AM · Report this

12
"Republicanwackoism" is the newest cancer attacking the human body politic.
Does anyone have a vaccine? Yes! I do! It's a three-pronged defense and prevention protocol:
(1) Education, education, education! Ignorant people fear what they don't know, and knowledgeable people are empowered to move beyond their selfish preoccupations.
(2) "You-nification" -- not "I-solationism" -- leads people out of the darkness of narcissism and zero-sum greed.
(3) The Future: a vision of how we can improve the world by working together, not working against each other.
If these don't work, there's always amputation. If we keep getting "GOP-ectomies" instead of finding a cure for the infection of destructive, slash-and-burn conservatism, we may end up with... surprise! a great place to live! One can only hope.
CharlesYFarley on November 13, 2010 at 4:48 AM · Report this

13
Conservatives are in the same position today that indigenous tribes and peoples of the western hemisphere were in 400 or 500 years ago: utterly doomed, except the time frame will be compressed by a factor of 10 or 20 this time.
Write your own epitaph, conservatives. You still have a few years to get it "right." Ha, ha!
CharlesYFarley on November 13, 2010 at 4:49 AM · Report this

14
I'm standing in front of a mirror.

I say, "Well, enough about me! Let's talk about YOU now!"

15
I wonder if it'd be better to redo the video (I can't imagine the NoH8 folks are any happier with her flip-flop) or keep it out there to infuriate her husband even more, especially while he's so actively working against DADT.

But even I'm impressed. Not at the reversal per se, but to do so *in one day*?

Huh. Cut in some other actor/personality for her bits & rerelease it, and then use her parts to create a new video. It could be interspersed with clips of her husband furiously ranting about something or other (I'm sure there's plenty of examples online to use especially if there's any CPAN footage of his anti-DADT stuff in the senate available) and then find some suitably bitchy music or dubbing or even just subtitle to showcase her flip flop...

@9 I swear, neanderthals like you whose solution to every woman they don't like is that she needs a good fucking which will then turn her into some kind of nice obedient robot -- my conclusion is people like you say that kind of shit cause you're not getting any. Cause that's sure not what happens in reality, so you must not be familiar with it.
BEG on November 13, 2010 at 6:38 AM · Report this
16
sure, fuck cindy mccain, but don't you think this can be interpreted differently?...your original post claimed her opinion matters none, but clearly, her husband/the gop doesn't want it to be heard. maybe it is a real threat?
natalie on November 13, 2010 at 7:21 AM · Report this

17
Meh. I can't get too worked up about it either way. She's a Republican, what do you expect?

Personally, I think it's funny that Aravosis is wringing his hands about "the message it sends to gay youth", because he's assuming that the gay youth of America all follow Cindy McCain on Twitter.

But seriously, why take her out of the video? If the kids are going to see anything, it will probably be the video, not some boring interview on Fox - unless they're stuck at Grandpaw's or something.
Catalina Vel-DuRay on November 13, 2010 at 7:29 AM · Report this

18
Why not rearrange the clip, so that her part plays at the end, silently, while a voice-over explains what happens when some people cave to peer pressure?
Canuck on November 13, 2010 at 7:33 AM · Report this

19
More on bullying: Girl Beaten for Having "Boy's Name". Also, note what sort of meeting it was that the bullies had been to just before ganging up on her. That's right, a "Fellowship of Christian Students" meeting.

20
Oh, and taking her out of the video takes her off the hook: Poof! It's gone, she's a good Republican wife. Keep it in, and she shows herself for the sell-out or flake she is.

Besides it will annoy the conservatives, including her husband, much more than it will everyone else. With the exception of the perpetually outraged Pomerainians at Americablog, but they always clutching their pearls about something over there.
Catalina Vel-DuRay on November 13, 2010 at 7:35 AM · Report this

21
@20 yeah, that's why I was backing-and-forthing on that myself. I'll be interesting to see what the No on H8 folks have to say though.

For the first time in history, the U.S. Department of Education has put forth a comprehensive list of bullying and harassment guidelines and has made it clear that the gay, lesbian and bisexual community are protected under Title IX.

25
@20 -- maybe they could leave her in, but put in a caption where she's talking that says she backtracked from these words the next day. 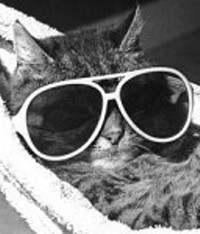 27
@6 the only way two people with vastly different political beliefs can stay peacefully married is to respect the apparent insanity of their partner. It's not just politicians engaging in mental gymnastics. It's agreeing to disagree.

It's debatable whether John and Cindy are even in love (see the cunt fiasco), but they want to keep the facade going for political/convenience reasons. It's going to be impossible for a divorcee to be the POTUS, that's for sure.
Rach3l on November 13, 2010 at 10:33 AM · Report this

28
Well, at least perhaps Cindy put a dent in her husband's thinking. She made an effort at least - however meek it was. Certaintly she doesn't deserve this vicious profanity hurled at her in the blogs.
Phoebe on NE 79th on November 13, 2010 at 10:36 AM · Report this

30
"Well, at least perhaps Cindy put a dent in her husband's thinking.

32
24
who gives a dang how elegant the first lady is? what, you want some royalty in our democracy?
the looks of the first spouse should be irrelevant. to everything.
onion on November 13, 2010 at 1:21 PM · Report this

Both her and this ridiculous situation.

I travel outside the country most of the year, and it's embarrassing. We're supposed to be this beacon of freedom and we're actually moving backwards in some ways on this issue.
Global Traveler on November 13, 2010 at 3:35 PM · Report this

36
Her (former) opposition to DADT is about as useless as her daughter's criticism of Sarah Palin. Who gives a fuck what they think? Supposedly they're "reasonable" Republicans, but even Jack the Ripper had the sense to wipe his ass after taking a crap.
seatackled on November 13, 2010 at 4:33 PM · Report this

38
the duct tape image was part of a no on h8 campaign, i don't remember if the original campaign or one of the various ones since, in following the court decisions.

as for myself, i wouldn't touch her with a 10 foot pole. not my type at all *shudder*
BEG on November 14, 2010 at 6:53 AM · Report this
39
35 - no one in any of the democracies ever considered you a beacon of freedom. That delusion was always self-inflicted.
RealityBites on November 14, 2010 at 10:53 AM · Report this
40
@13 "Conservatives are in the same position today that indigenous tribes and peoples of the western hemisphere were in 400 or 500 years ago: utterly doomed, except the time frame will be compressed by a factor of 10 or 20 this time.
Write your own epitaph, conservatives. You still have a few years to get it "right." Ha, ha! "

41
This incident is proof that Cindy McCain is a Stepford Wife. Her wandering into gay rights territory was a motherboard malfunction; John discovered the "problem" and rebooted her.
Madashell on November 14, 2010 at 2:33 PM · Report this

Raindrop is a fascist who loathes uppity women. Pay no mind. 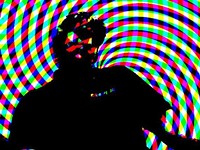