1
So, a lot in that article. First, of course, moose and caribou are different animals, not different names for the same animal (like elk and wapiti). And while I agree that Sarah Palin is nothing but a media-hungry opportunistic dick-head, people who are not hunters often lump all hunters together as slavering, blood-lust gun nuts who get their freak on by killing animals. While this does define a certain percentage of hunters, a *good* hunter is one who seeks to kill animals in as humane a way, and as painlessly as possible. Keep in mind, too, that while a person may get squicked out by the idea of killing something to eat, and likes the relative anonymity of plastic-wrapped supermarket meat, the livestock industry is by FAR much more cruel to animals than most hunters are. Commercial livestock operations generally keep animals in appalling conditions, and don't kill them in ways that are as painless as possible. (Remember, the bruising you see on the chicken breasts you buy? Happens when they are alive...dead animals don't bruise.) So, hunting in a humane way (killing an animal cleanly and quickly) is probably preferable to slowly killing an animal in a slaughterhouse. That said, I think the world would be a far nicer place to live if we were all mostly vegetarians, as raising livestock is a pretty inefficient use of land.
Canuck on December 8, 2010 at 12:19 PM · Report this
2
@1 "a *good* hunter is one who seeks to kill animals in as humane a wa"

3
A good hunter is one who kills animals as humanely as is feasible, and who only kills when necessary.
I'd readily kill an herbivore for food if I had to, but I can't respect anyone who kills when they don't need to.
venomlash on December 8, 2010 at 12:32 PM · Report this

4
@2 - do you honestly not think there is a difference? I assure you, there is. Would you rather be gutshot and die over a period of hours, or get a quick double-tap in the head and barely even know you'd been shot? I know which I'd choose.
Geni on December 8, 2010 at 12:34 PM · Report this

5
Well-said, Canuck. I'll only add that I stopped reading the original article at the use of the word"murder." That's your first clue the guy's a nut-job.
Fifty-Two-Eighty on December 8, 2010 at 12:36 PM · Report this

6
Regardless... Sorkin hit the nail on the head with the comment: " That was the first moose ever murdered for political gain."
Big fucking deal that he got the species wrong.

People have been killing animals for political gain ever since the lion-hunting spectacles of the Mesopotamian kings. And in the modern American context, the ritual is more important for Democrats, who need to overcome their party's reputation for whimpishness in order to win national office. Does the author really not remember Kerry going bird-hunting? He probably does, but just wanted to get in the daily dose of demonization that publications like "Huffington Post" thrive on.
David Wright on December 8, 2010 at 1:22 PM · Report this
9
damn! i missed it. a pig killing a caribou on the television.
masgroovy on December 8, 2010 at 1:24 PM · Report this
10
Davey, Davey Palin... Queen of the Wild Frontier.
Davey, Davey Palin... I don't know the rest of the words.

I need to go lie down now.

15
#13 - there are times I am really glad I don't live inside your brain. This is one of those times. I'm really sorry that image came to you. I'm even sorrier you shared it. Now I can't think about anything ELSE.
Geni on December 8, 2010 at 2:50 PM · Report this
16
Fnarf is on point in his second thought.
sall on December 8, 2010 at 2:58 PM · Report this
17
@14 I absolutely love watching Vick play pro football. It's a rare, Bo Jacksonian level of athletic talent. However, I cannot believe a single word that comes out of his mouth. He did time for the dog fighting ring, but his real crime was living a life FULL of lies for several years. He lied to everyone around him that wasn't in on the dog torture. Lied to their face with a, "I'm telling you the absolute truth" mountain of lies on top of it. This wasn't a crime of passion, getting drunk one night, mishandling a gun kind of thing. It was a concerted pattern of lies. Not the kind of thing you can shrug off and forgive.

Palin is too fucking stupid to even put together three sentences, much less a life built on lies. She actually believes that god meant for her to be queen of america, and since she couldn't do it as an ESPN barbie, she's trying the other side of TV. She may lie rather frequently, but it is more out of ignorance & vanity than true pathology.

I see a huge difference between Vick killing dogs & Palin killing a moose. Vick knew what he was doing was wrong, so tried to hide it. Palin doesn't have the depth for that kind of introspection, planning or pathology.
Sir Vic on December 8, 2010 at 3:04 PM · Report this
18
@15, you and me both, sister. Fortunately, there is NO ONE living inside my brain. Some hobos, once, but they moved out and now it's just wet newspapers and lonely lampposts in there.
Fnarf on December 8, 2010 at 3:19 PM · Report this

19
I know this isn't easy to consider. But, responsible hunting benefits the herbivores being hunted. With the loss of their natural top predators the herbivores can become overpopulated, sickly, and diseased. Plus, the land can only feed so many of them, and when there are too many or the winter is particularily harsh they starve to death. Hunting can provide a means of keeping the balance, at least until humanity can become comfortable with sharing the great outdoors with the herbivores natural top predators. Just the $0.02 of a non-hunter, though.
kim in portland on December 8, 2010 at 3:35 PM · Report this

20
I find it amusing that SLOG is championing the case of Julian Assage and the personal slurs that are being heaped upon him, when in fact, in a daily way, you all do the same exact thing.

And that's not to mention the tremendous personal attacks that go on day and night here, in the comments section, in Questionland and the devil spawn blog known as Publicola.

You people employ worse techniques than the slimiest operative and then wet your pants when someone does it to you.

You're not only hypocrites...you're whiners.

Considering former Governor Palin earned some $12 MM this year, characterizing this animal as having been "murdered for political gain" does make sense from Sorkin's POV, given that she and her brood clearly no longer have to depend on hunting for sustenance or income.
COMTE on December 8, 2010 at 4:54 PM · Report this 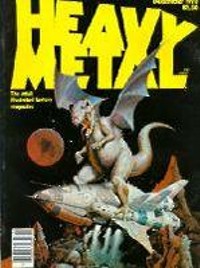 22
Sorkin's argument; "Sure I like sausage, but I'm no monster like Sarah Palin, because you see, I cannot stand to see it being made!"