1
If you guys were a daily print edition running news like this, I wonder if people like Conlin over breakfast would routinely crumple up the newspaper like people used to do in old movies and TV shows upon seeing these reports.
Joe Szilagyi on December 16, 2010 at 6:17 AM Report this 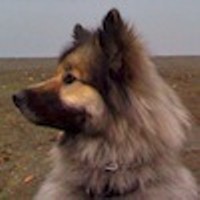 2
Pure, unadulterated, intellectual dishonesty.
roddy on December 16, 2010 at 6:39 AM Report this

I feel bad that I wrote that, but I'm going to post it anyway. It's too early for me to properly regret.
MacCrocodile on December 16, 2010 at 8:16 AM Report this

7
Please continue to harp on this, back the mayor 100% of the way when it comes to blocking road projects. Be that Sore Loserman group of hippies that will help push the Mayor off a cliff when it comes to his re-election.

Stranger, get on that, or STFU.
wilbur@work on December 16, 2010 at 9:09 AM Report this
12
The Ballard Bridge is only a mile long too. If it were to be a fair analogy, one would have to multiply the cost by 2.5 to make the distances comparable.

And I do think the mayor's giant veiny throbbing chart is a very impressive whoozeewhatsit. It's like those sweet "one of these things is not like the other" games from Sesame Street.

Without a total project cost though, not just the tunnel, it'd be hard to add a column for the surface/transit solution of Cary's that the Mayor is urging. That could be on purpose, I suppose.

Isolating as this does the $2 billion tunnel-qua-tunnel cost, it discourages comparison with the surface/transit plan's $3.3 billion cost to which Cary referred in her interview.

But if the Mayor were to make the total project cost the number, then the tunnel plan's $4.3 billion would compare more directly with Cary's plan's $3.3 billion, and then the bridges' tiny amounts at left.

I do like her talking point about her plan's scalability. I hope she talks more about that at the Publicola forum tonight.

Only a few times has he gone off in private emails to some of the people, myself included.
Will in Seattle on December 16, 2010 at 10:46 AM Report this
16
This chart is just plain stupid. The Tunnel is nearly nine times as long and carries twice as many people as the South Park bridge. If you multiply capacity times length and divide that by the cost you get ‎about $6.55 per vehicle foot for the South Park Bridge vs. only $4.83 per vehicle foot for the tunnel.

The tunnel actually comes out to be a better deal.

But in terms of solutions that are real the tunnel is certainly the best.
giffy on December 16, 2010 at 11:20 AM Report this

18
How about a chart illustrating a comparative analysis of waterfront acreage revitalized by each of the three and the cost per acre?
You_Gotta_Be_Kidding_Me on December 16, 2010 at 12:07 PM Report this

19
I love our brilliant Mayor, but isn't the obvious solution to just move all the stuff we have in downtown to Ballard or South Park? Sure seems to be cheaper to build things there.

And for @5, from the Wikipedia entry on Robert Moses:

Brooklyn Battery Bridge
In the late 1930s a municipal controversy raged over whether an additional vehicular link between Brooklyn and lower Manhattan should be a bridge or a tunnel. Bridges can be wider and cheaper but tall ones use more ramp space at landfall than tunnels. A "Brooklyn Battery Bridge" would have destroyed Battery Park and physically encroached on the financial district. The bridge was opposed by the Regional Plan Association, historical preservationists, Wall Street financial interests and property owners, various high society people, construction unions (since a tunnel would give them more work), the Manhattan borough president, Mayor Fiorello LaGuardia, and governor Herbert H. Lehman.

Moses, on the other hand, favored a bridge. It could carry more automobile traffic than a tunnel and would also serve as a visible monument. More traffic meant more tolls, and more tolls meant more money and therefore more power for public improvements. LaGuardia and Lehman, as usual, had no money to spend and the federal government, by this point, felt it had given New York enough. Moses, because of his control of Triborough, had money to spend, and he decided his money could only be spent on a bridge. He also clashed with chief engineer of the project, Ole Singstad, who preferred a tunnel instead of a bridge.

Only a lack of a key Federal approval thwarted the bridge scheme. President Roosevelt ordered the War Department to assert that a bridge in that location, if bombed, would block the East River access to the Brooklyn Navy Yard upstream. A dubious claim for a river already crossed by bridges, it nevertheless stopped Moses. In retaliation for being prevented from building his bridge, Moses dismantled the New York Aquarium that had been in Castle Clinton and moved it to Coney Island in Brooklyn. He also attempted to raze Castle Clinton itself, on a variety of pretenses, and the historic fort's survival was assured only after ownership was transferred to the federal government.

Moses was forced to settle for a tunnel connecting Brooklyn to Lower Manhattan, now called the Brooklyn Battery Tunnel. A 1941 publication from the Triborough Bridge and Tunnel Authority claimed that the government had forced them to build a tunnel at "twice the cost, twice the operating fees, twice the difficulty to engineer, and half the traffic," though engineering studies did not support this conclusion, and a tunnel may have held many of the advantages Moses publicly tried to attach to the bridge option.

Ultimately, this was not the first time that Moses tried to carry out the bridge option when a tunnel was already in progress. The same issue also occurred when the Queens-Midtown Tunnel was being planned, in which he also clashed with Ole Singstad and tried to upstage the Tunnel Authority.[9] For the same reasons, Moses also preferred a bridge crossing, but with no luck since the bridge was not supported by many officials.

21
How many jobs will building the tunnel create?
How much money will the state get from increased property values (tax) of the new waterfront condos?

What is the ultimate cost of Feng Shui??

Why do people make decisions based purely on the price tag of something, and not on the ultimate value of something. SCHISH!

Lin Hi Nun on December 16, 2010 at 2:54 PM Report this
22
@19, for reasons that escape me, the proposed Seattle tunnel takes far more land for approaches than the Brooklyn-Battery or any New York Tunnel. The nearby Battery Park Underpass, which connects to the South Street Viaduct (remember, vibrant cities can't have viaducts!) takes up no more space for its approach than a two lane street. I don't know why ours has to wipe out such vast acreage, but there it is in the plan.

I would probably support a tunnel with approaches resembling the Battery Park Underpass. Connect the highway without demolishing half the city above it.

23
I favor the surface street option, but this chart just blew it for me. The mayor is clearly grasping at straw here if this is his argument. Stick with the cost overrun argument dude.

The length, the location, and the land + property tax unlocked by the tunnel is so different than ballard and south park, that this is a farce of a chart. Completely dishonest.

The one actual fact that this chart demonstrates is that McGinn's lies about his opposition to the tunnel. It's not about the "over run" clause (which fellow anti-tunnel/car ideologue Frank Chopp had put in as a poison pill just for this sort of PR game) at all. It's about McGinn not wanting to spend money on a road for evil, evil cars in his laughable vision of transit utopia. If this wasn't the case he'd have figures of the same sort in this chart on his beloved light rail which makes the even most pessimistic projections on usage costs for the tunnel look like a K-Mart clearance. He's flat out said he opposes funding any new roads, period. The tunnel, at the end of the day, is just an underground road.