1
I swear I just saw Mr. Constant walking down the Ave with apparently *his posse* following him.
stinkbug on February 10, 2011 at 6:36 PM Report this

4
hey Paul, I think it's thoughtless of you to be so dismissive of the edited/censored version of Huckleberry Finn. As an English teacher I feel conflicted about removing the n-word- or altering the text in any way- but I do recognize that there are valid reasons to consider it. The n-word is powerful and oppressive in a way that you and I will never completely feel, but the student populations I work with do. Understanding the novel as a critique of ignorance and racism requires complex analysis that many high school students struggle with. I have not made up my mind about the censored/edited version of the novel; however, I do recognize two valid arguments. I think it's a little bit lazy to hide behind literary snobbery and ignore the real challenges of teaching literature to young people in our current cultural context.
Kariglitter on February 10, 2011 at 8:55 PM Report this

5
I'm black, read the book in high school, and the teacher's skill at helping us process the book helped it to become quite an extraordinary experience of "consciousness raising." My cousin, when she complained about the language, didn't have a skilled teacher to help with that, so she was allowed to read another book & miss all of the English classes for that unit. Looking back, I'm grateful for which experience happened to be mine.

6
@4: Approaching the novel as a critique of ignorance and racism, I would think that leaving the word in place would serve your purpose best. Yes, nigger is an offensive, ugly word. And in living memory (mine and more so my parents, though probably not your students) it was used routinely - even by ostensibly good characters like Huck himself. How better to display the absolutely ingrained, unquestioned racism of the time?

The decision to replace nigger with slave to me works against the point of the novel. For one thing, for most of the novel Tom isn't a slave - he's a runaway. And for another, being a slave is something he can escape. He can't run away from being a nigger. In the South - hell, all over the world - in that day and age, that is all people saw him as.

I appreciate that it is a hard lesson to learn. History is full of them. Many members of my father-in-law 's family died during the Holocaust, and when it comes up in school it's tough talking to my kids about that - talking to them about the fact that within their grandparents' lifetimes, an entire country tried to to murder their ancestors. But it happened, and they need to learn.
Backyard Bombardier on February 10, 2011 at 10:13 PM Report this 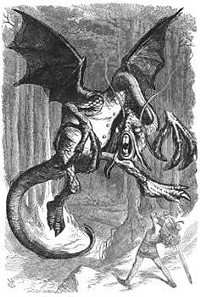 And apparently Mr. Asimov coined the term "robotics", which is kinda neat. :)
Rebekah on February 11, 2011 at 4:45 AM Report this
9
@6 Excellent post. And something more people need to think about, along with the plain and simple fact you do not mess with classic literature. You don't change an author's words to match the times. Sure, do an updated version of it in other media outlets if you want, but we don't change Shakespeare's words just because they're hard to understand, and we don't change Twain just because it brings up issues we're uncomfortable talking about.
NateMan on February 11, 2011 at 5:26 AM Report this
10
Also important to keep in mind that Twain militant about always using the "right" word - to his meticulous mind, the word "robot" is exactly as in/accurate as the word "slave."

Oh, also, not every black person in Huck Finn was a slave, so, the change is even more wildly incorrect.

11
@8: Karel Čapek was the first to use the term "robot" to refer to what we now call a robot, though. But apparently he credited his brother Josef with inventing the word.
venomlash on February 11, 2011 at 6:23 PM Report this