Do you believe in marriage equality for bipolar women who are left handed? (Um. Not that I'm talking about myself. I just made that up.)
Lilliable on May 5, 2011 at 8:02 AM · Report this
7
6

Social Justice and protecting the helpless are distractions we just can't deal with.

"I would like to nominate the 14 democratic state senators who did their very best to prevent his fascist agenda..."
Bean on May 5, 2011 at 8:10 AM · Report this
11
I know I shouldn't feed the trolls but I'm honestly curious.

@4, what is your fixation on this issue? Fixation to the point that I thought you were just an autospammer for a while but then you actually expanded on your 1 line posts. I don't think I've seen a SLOG post that didn't have this same polygamy question in it in weeks. Are you just another anti-gay hater who's dying to say "SEE? SEE? gay marriage is just the first step any polygamy is all part of the gay agenda!" or are you an underground polygamist who wants Dan's support? I'm really curious. Please enlighten me.

14
4, You've been spoon fed Dan's views on polygamy, being that you couldn't figure out the Google for yourself. Is it that Dan won't say, "How high?", when you command, "Jump!" that's got you all red faced, and angry?

You really need to seek mental help for your obsessive compulsive behavior.

18
I have a sense that Walker cares as much about public employees as the Period Hive Mind cares about women forced into polygamy or prostitution.
samktg on May 5, 2011 at 8:49 AM · Report this

19
We're nominating the Democrat senators who left the state to prevent passage of the union-busting bill. This keeps getting funnier and funnier. I'm not sure what happened to the Republican propaganda machine, but they've been doing really badly with PR and information control and discursive framing lately.
John Horstman on May 5, 2011 at 9:09 AM · Report this

24
Wow. What an epic case of cluelessness.

Politicians that don't understand the intertubes probably shouldn't play here. They'll only get burned.
Reverse Polarity on May 5, 2011 at 11:21 AM · Report this

25
Tee-hee-hee! [claps hands with girlish delight]
Ophian on May 5, 2011 at 11:22 AM · Report this
26
@7 Don't conflate two issues. Underage girls get forced into monogamy all the time. Underage girls being forced into any marital structure is wrong. Key word - force. Second issue, having sex with underage people.

Polygamy does not inherently imply marrying someone without their consent nor marrying anyone who is underage.

Every single marital structure that has existed has been used to abuse women. This is likely because every single one has existed within a framework of misogyny in at least some culture for some period of time. It is the framework of misogyny that causes abuse and misuse of women. Although sometimes you also get frameworks that allow the abuse of boys, which is not any better.

Anyhow, it is absolutely and totally okay for people to joke about polygamy, polygyny, polyandry, or monogamy. Since none of them inherently imply rape or coercion.
on May 5, 2011 at 11:52 AM · Report this
27
My sweet mom, who's position as a "class grandma" at the local elementary school may be eliminated because of this jerk, raised me not to use the word hate. but every time I see Scott Walker's smug face I want to give him such a slap! Mom loves her job helping kids learn to read. But at $2.56 an hour, (plus a free lunch!) she's obviously going to bankrupt the country any day now.
Kitchenwitch on May 5, 2011 at 12:41 PM · Report this 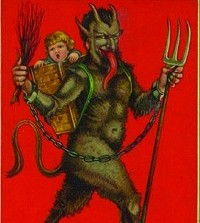 28
I'm pretty sure this is just a plot for Scott Walker and the Wisconsin Republicans to trick a public employee into coming to an event and dump pig blood on them.
Deimos on May 5, 2011 at 12:54 PM · Report this