Can a Calendar Make Too Much Sense?

8
Would it make you feel better to pay less rent in February and have the difference spread out over the other 11 months? If I were your landlord I would let you do that.
care bear on July 5, 2012 at 2:55 PM · Report this

9
We need to pick our battles here - first, let's either universally embrace or completely ditch DST.
yelahneb on July 5, 2012 at 2:58 PM · Report this

Whatever it's origins and faults I have an emotional/personal-historical/seasonal relationship with the calender as is. One of my small pleasures in life is writing the date in my journal (month, day, year..which is the ONLY appropriate way fyi...).

You could change it but I'd never listen!! No! I'd move into a cabin in the woods, buy a shotgun and leave your abomination-calender-society behind....

I could still have wi-fi though, right?

ArtBasketSara on July 5, 2012 at 3:04 PM · Report this
11
Why not rig up huge rocket engines to move the earth out to a larger radius orbit around the sun, so that we orbit every thousand days? Then, ten days in a week, ten weeks in a month, ten months in a year ( or "kiloday", as I prefer). That would be doubleplusgood. As a bonus, no more warmig tren in our climate!

Or, with less expenditure of fuel, we could keep the earth in the same orbit about the sun, but spin up the rotation of the earth about its axis, so that the earth day goes about three times faster than it does now, and again we'd have 1000 days in a year, organized into ten calendar months, and if we moved the moon out a little bit, we could have ten lunar months in a year, with the full moon coming on the first day of every calendar month. As a bonus, a further-out moon means less extreme tides!

Rather than offend some god or emperor by removing two months, I suggest we scrap the existing names of the months altogether. The first month of the year could be called Ericone, the second Erictwo, then Ericthree and so on.
Eric from Boulder on July 5, 2012 at 3:04 PM · Report this

12
@5 Blast you!
knobtheunicorn on July 5, 2012 at 3:08 PM · Report this
13
If we ever decide to invest in space exploration again, I vote we pick planets to colonize primarily based on how easily we can fit their orbital dynamics into a decimal calendar. Who needs accessible water when you have precisely 1000 days in a year?
tired and true on July 5, 2012 at 3:11 PM · Report this

15
We could make these posts much more efficient with the Decabet.

By the way, with this redesigned Gregorian calendar, I think July 4, the 185th day of the year on non-leap years, would fall on a Tuesday.
seatackled on July 5, 2012 at 3:16 PM · Report this
16
There is no reason that the calendar should be designed for the convenience of humans. It should serve as a daily reminder that the universe is the way it is and our opinions on it are not relevant.
Tyler Pierce on July 5, 2012 at 3:20 PM · Report this

17
With this system, why bother with months at all? 3F2012 = the third friday of 2012. Fewer digits, and the letter makes a nice seperation so you don't need dashes or slashes. The only issue is differentiating between Tue and Thur (my college schedules used "R" for Thur) and Sat and Sun (I suggest "U" for Sun).
Matt the Engineer on July 5, 2012 at 3:22 PM · Report this
18
Dude. Changing the rules of the calendar will make us programmers' Y2K freakouts look like a walk in the park. You'd need a lead time measured in decades, because some of that stuff is burned onto silicon these days.
djlynch on July 5, 2012 at 3:24 PM · Report this
19
@11: Speeding up the Earth's rotation would also have the benefit of dropping the altitude of geosynchronous orbit. That would make space elevator construction that much easier.
Ben on July 5, 2012 at 3:32 PM · Report this
20
So, from now on my birthday would always fall on a Monday..?

21
Agreed with 18... all the GPS satellites, and airplane flights, and server backups, and anything computerized using date/time critical functions that need to be in-sync with each other would just go to hell if we had a random calendar "suspension" for "Super New Year's Day". Look at what happened when computers worldwide choked on the "leap second" at the beginning of July. Now imagine that happening regularly.

This calendar dude should talk to the people who want to implement a more computer-compliant "internet time code" so computer will be able to keep time correctly.
THAT'd be a fun conversation with no solutions.
treacle on July 5, 2012 at 3:53 PM · Report this

If there are seven days in a week, and you begin your month on a Sunday, the Fridays will fall on the 6th, 13th, 20th, and 27th. Never on a 19th.
Brooklyn Reader on July 5, 2012 at 4:11 PM · Report this
26
This is actually (nerd alert) kind of like the calendar Tolkien invented for the hobbits. The difference (which would please those of us who don't want Monday birthdays forever) is that the hobbits had 12 months of 30 days each with 5 (6 on a leap year) days left over. These days were not counted as days of any month but had their own special number and were split between the winter and summer solstices. Tolkien arranged these days to keep days of the week stable from year to year, but all you'd have to do is stick all 5 or 6 days at the end of a calendar for a big year-end festival where we all get a vacation, which you'd think would work pretty well for our Christmas-mad country.
Park on July 5, 2012 at 4:11 PM · Report this 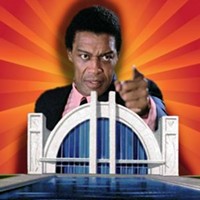 33
Solstices? Equinox? These days matter for agriculture, which is why the calendar is set-up the way it is.

Super New Year sounds pretty great, but not great enough to starve to death for.
malcolmxy on July 6, 2012 at 7:43 AM · Report this