4
What a weird country. People think they need Surface-to-Air missile launchers to defend them against gynecologists.

Someday, thousands of years from now, the archaeologists are going to dig up the remains of our civilization. I wonder what they'll think of a country where heavy munitions are as common as dirt, and where medical care is as rare as it gets.

Given that the stuff that gets dug up is usually the most common things, I wonder if they won't find copies of Glenn Beck's books or The National Enquirer or a Beiber CD and base their assumptions of what our society was like on those artifacts.

How barbaric we will look to these future archeologists searching for clues about life in the once great American Empire. When all they find are paranoid rants and weapons, hyperbolic descriptions of each other, and crocs (because styrofoam clothing will outlast cotton or silk), that's the legacy the children of the far-flung future will learn about in school, that's the image they will have of you and I.
Tacoma Traveler on January 27, 2013 at 9:31 AM · Report this

5
I don't care about a useless tube of metal, that's a novelty. Over a thousand guns out of homes and off the street, that's good work. Do it again and again and again!
JonnoN on January 27, 2013 at 9:59 AM · Report this 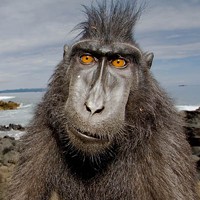 7
RE: Hacktivist group Anonymous hijacks the US Sentencing Commission's website. Remember folks, never use a pet's name or a birth date in your password.

Someday, thousands of years from now, the archaeologists are going to dig up the remains of our civilization.

It's more than a little disturbing some of the buybacks were to J Random Person rather than the city buyback program. Along with the good, did Seattle just set up a particuarly unchecked private gun sale?

NOTHING about the Labor Board SMACKDOWN?

16
@4 I think they'll take more interest in why our prison population is so skewed by race. Or why Wall Street bankers were never put in prison, but people who do drugs are. Or why we never did get control of global warming.
Pope Peabrain on January 27, 2013 at 11:58 AM · Report this

17
Looks like Anonytroll is conversing with his multiple personalities again. Is it wrong that I don't block unregistered accounts just so I can see the avenues down which his blatant imbalance will take him?
ChadK on January 27, 2013 at 12:55 PM · Report this
18
And for the real news:

Anon vs. the USA

Secret Owners Conduit of the Day:

Just imagine how collectively aghast and what consensus there would be that it was enormously fucked up if, in looking back to the Roman Empire the way a historical lens would look back on the American Empire...that a portion of society stole, affected, and ruined countless fortunes --at the threat of the stability and foundation of the entire society--without recourse, while plebeians were thrown in dungeons for stealing bread. It would be so clear how unjustified and deleterious to the Empire it was. Yikes. But presently, nobody cares.
six five on January 27, 2013 at 1:32 PM · Report this

I note that with all the yelling about Kansas about to eliminate income tax, it has one of the higher property tax rates at 2.09% (even higher is Texas at 2.57).

Meanwhile Washington, a state full of wealthy property owners and asset holders constantly cries "Poor" while taxing at a paltry rate of 1.03%... among the lowest in the nation.

I don't see how landed deadbeats can get away with taxing the productive class in this way.

21
@19 There were a whole lot of things in play with Rome. A major problem was leadership. There was no peaceful transfer of power but instead an up for grabs dual of generals. And without stability, there were few real laws that couldn't be upended to suit the few. I think greed was Rome's biggest enemy. Emerors would just kill rich citizens and take their money. Not good for business.
Pope Peabrain on January 27, 2013 at 2:14 PM · Report this
22
Supreme Ruler / John Bailo: Thank you for never, ever, changing your user icon so that I know just by seeing the tip top of scroll right past without reading a word
six five on January 27, 2013 at 2:14 PM · Report this

Speaking of BPA I thought I would try switching from the local megamarkets to the small organic place nearby (yes, on Kent East Hill) for groceries.

So I bought a few items none of which set off any gluten scanners. However the cashier paused and noted that the $3.59 bag of pasta was sealed with rivets.

Then when I opened the rice bread and took it from the standard plastic bag, it additional had a hard plastic tray container with a plastic seal on top...twice as much packaging as the ordinary loaf!
Supreme Ruler Of The Universe on January 27, 2013 at 2:16 PM · Report this
24
21 - yeah I guess I wasn't trying to be historically accurate, just the thought of what 2,000 years would do to perspective on a societies behavior. Hindsight is 20/20 but why the current populace doesn't seem to care to prosecute a single person related to the economic collapse just boggles my mind.
six five on January 27, 2013 at 2:17 PM · Report this

There's quite a few novels based on this theme. The Toynbee Convector by Ray Bradbury is a favorite of mine. That one had a more positive outlook than the paragraph that I wrote above, but I'm more of a depressive person by character than Bradbury was.
Tacoma Traveler on January 27, 2013 at 2:38 PM · Report this

More likely shooting someone for mean mugging them or to get some sneakers. Stealing bread? Thanks for the laff.
on January 27, 2013 at 8:35 PM · Report this