1
Wow. Take an hour to have lunch with your mother, then come back here and find that Utah has legalized same-sex marriage and Cienna is leaving.
seatackled on December 20, 2013 at 3:20 PM · Report this
2
REPOSTING this from the other thread, because, seriously, this is the best thing I've read all year...

"The Constitution’s protection of the individual rights of gay and lesbian citizens is equally dispositive whether this protection requires a court to respect a state law, as in
Windsor, or strike down a state law, as the Plaintiffs ask the court to do here. In his dissenting opinion, the Honorable Antonin Scalia recognized that this result was the logical outcome of the Court’s ruling in Windsor

SCALIA 'In my opinion, however, the view that this
Court will take of state prohibition of same-sex marriage is indicated beyond mistaking by today’s opinion. As I havesaid, the real rationale of today’s opinion . . . is that DOMA is motivated by “bare. . . desire to harm” couples in same-sex marriages. How easy it is, indeed how inevitable, to reach the same conclusion with regard to state laws denying same-sex couples marital status.133 S. Ct. at 2709 (citations and internal quotation marks omitted)'

THE COURT AGREES WITH JUSTICE SCALIA'S INTERPRETATION OF WINDSOR and finds that the important federalism concerns at issue hereare nevertheless insufficient to save a state-law prohibition that denies the Plaintiffs their rights to due process and equal protection under the law"
troubletown71 on December 20, 2013 at 3:27 PM · Report this

4
Are you sure that's supposed to say "county employees" with an O?
MacCrocodile on December 20, 2013 at 3:41 PM · Report this
5
@2: Yes, that is delicious.
Eric from Boulder on December 20, 2013 at 3:42 PM · Report this
6
I didn't realize at first that the judge chose not to stay his ruling, and that marriages were now starting IMMEDIATELY!!! I'm stunned, thrilled and overjoyed! Congrats Utah.

I'm also amazed that the judge felt so strongly about his ruling that he chose not to stay it. That is a pretty big deal. Way to go Judge.
SeattleKim on December 20, 2013 at 3:50 PM · Report this

11
Ah! My boyfriend and I are so excited. We haven't stopped crying and laughing since we heard the news. Both of us had been resigned to Utah being one of the last states.

Did you think he meant country matters?
seatackled on December 20, 2013 at 5:42 PM · Report this
13
Michael and Seth!!! Close friends of mine, and my employers as of January. They filled out that application last week under the assumption that it would be denied. We're crying tears of joy. This is insane. In a good way. Everyone who lives in Utah "knew" we'd be the 50th state to legalize gay marriage. What a magical thing to be proven wrong.
katallred on December 20, 2013 at 6:05 PM · Report this

http://slog.thestranger.com/2007/11/shak…
seatackled on December 20, 2013 at 9:04 PM · Report this
19
It's starting to look like we might be approaching some "critical mass" line, that point where having a certain amount of acceptance will avalanche to cover the entire country in short order. The more states that accept/endorse/adopt marriage equality, the more shrill opponents get in the remaining states, and the less persuasive their arguments become.

The Sodom and Gomorrah crowd is losing. Like Harold Camping, there are only so many times you can predict the end of the world before even your most devout followers stop listening.

It would be nice, of course, if the Supreme Court would step in and put the question (of whether committed gay couples have the right to live with the privileges and recognition of marriage) out of its misery for once and for all. But we might have to wait until there are only 3 or 4 states still banning it before the Court steps in to put a cherry on the top of this Equality Sundae.
Brooklyn Reader on December 20, 2013 at 9:05 PM · Report this
20
I have had a doctor use a proctoscope on me. With the pain involved I cannot understand anyone wanting sex in the behind. And since the behind was not built for that kind of activity internal injuries can happen. I do not understand someone wanting to cause the kind of injury to someone they love.
on December 20, 2013 at 9:35 PM · Report this

Did you know that some women find vaginal intercourse extremely painful? Now that you know, no doubt you'll want to make it your business to spend every waking hour trying to stop vaginal intercourse for everyone else on the planet.
rob! on December 20, 2013 at 10:08 PM · Report this
22
anyone know if there is there a website devoted solely to counting down the states till it becomes nationwide?
Sherbet Head on December 20, 2013 at 10:20 PM · Report this

This by far the best site related to marriage equality:

24
Wow this is amazing, especially if it is allowed to stand.

I really thought that Utah would be one of the last states to have marriage equality (unless of course the Supreme Court did a "Loving V Virginia" and made it so across the land all at once).

25
One more thing, this shows why elections matter.

The judge who ruled this way is an Obama appointee who was confirmed by the US Senate. 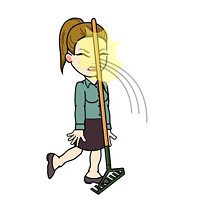 27
@25 Yes! And what I find delicious is the way the LDS spent millions on Prop H8 and ended up losing in both states.
Pope Peabrain on December 21, 2013 at 3:44 AM · Report this
28
This judge was "picked" by Mike Lee, who knows everything there is to know about the Constitution... :)

Watching Gayle Ruzicka's head explode on KSL as she sputtered about gay marriage was priceless.
StuckInUtah on December 21, 2013 at 6:07 AM · Report this

29
I think the state may be in trouble with these stay requests. All of the cases they cite (the 2006 Bruning case from the 8th Circuit, the Abercrombie and Sandoval district court cases from the 9th Circuit) are pre-Windsor. Nowhere in their discussion of the likelihood of success of their appeal do they address the importance or even the existence of the Windsor decision.

Here's my guess: the 10th Circuit will punt. They will deny the emergency request (as will Sotomayor, the SCOTUS justice for the 10th Circuit) and will direct the State of Utah to pursue its request for a stay through the normal channels, beginning with the district judge who will take his sweet time ruling on the motion. Unless they draw an ideologue at the 10th Circuit, nobody there is going to stick their neck out to grant an emergency stay only to be smacked down by Sotomayor.

PS @20: did the doctor find your head with that proctoscope?

Sherbet Head on December 21, 2013 at 8:25 AM · Report this
31
Oh look. Their bigoted beliefs would have prevented them from performing basic duties of their job, so rather than decide that they're entitled to the job regardless, they've given up their positions to be taken over by able-minded folks! Good for them!
treehugger on December 21, 2013 at 8:41 AM · Report this