Lingerie for Your Kind of Black Skin

3
Not to nitpick Chaz, but "race of humans who are defined as black" is something of an error. There is only one human race - all humans can interbreed - but yes some human populations have different colors of skin than other populations. Just like sharks. And spiders. And Apes.
Achaiwoi on September 15, 2014 at 10:42 AM · Report this

Yet still, the VPL transcends the color barrier.

8
I feel like band-aids that come in colors other than a weird/gross approximation of white skin tone would be in greater demand than nude underwear for brown people. Talk about a solution in search of a problem.
blip on September 15, 2014 at 11:45 AM · Report this

9
@7: "nude" underwear doesn't show through clothes in the way that wearing a black bra under a white blouse does. Maybe only women appreciate this as an issue.
originalcinner on September 15, 2014 at 11:47 AM · Report this

11
Taking this a step further: there has been a lot of attention over the weekend about an African American woman who got arrested for sitting in the back of a car with her white boyfriend (because cops assumed any black woman doing that must be a hooker). Wearing underwear that shows under one's clothes, and draws the attention of white men to them, so cops can arrest them just for being stared at, is not something black women are lining up to do.
originalcinner on September 15, 2014 at 11:56 AM · Report this

12
I might have been on @10's side for once if, anywhere in the post, linked story or comments to that point, there had been a single use of the term "African-American."

13
@12, did you get distracted by the jigglies and not see this line from Charles' post ?

It is interesting that the company that makes this line of lingerie is based in the UK and not the US, which has a much larger black market.
ChefJoe on September 15, 2014 at 12:28 PM · Report this

@13: Huh? Nowhere in the post does either of the phrases "[A]frican-[A]merican" or "[A]frican-[E]uropean" appear. Fred Casely is correct. You are going off on a tangent, especially as the US and the UK were explicitly mentioned and you now feel the need to compare demographics in the US to those in Europe AS A WHOLE.
Also, [citation needed] on your claim about women of color in the US and Europe.
venomlash on September 15, 2014 at 12:39 PM · Report this

16
@13: Leaving aside Charles's use of the term "black market", there are about 20 million black women in the US, and about 5 million in Europe. No one said anything about their relative prosperity. There are just 4 times as many potential customers for those products here than there.
Fred Casely on September 15, 2014 at 12:51 PM · Report this

17
@16, there's a lot more black women in Africa than in the North America and UK combined. Somehow, these nude bras marketed for darker skin tones weren't invented in Africa either.
ChefJoe on September 15, 2014 at 1:28 PM · Report this

18
@14) '...UK didn't depend on sales of a labor-intensive cash crop that made African slaves an intrinsic part of the economy'. Dead wrong. The UK textile market was the #1 consumer of U.S. slave-picked cotton. No other country was even a close second.
Achaiwoi on September 15, 2014 at 1:35 PM · Report this

19
@18: The UK didn't depend on SALES of cotton, you knucklehead. They depended on PURCHASES of it. They weren't growing cotton; they were buying it. Now we can play semantics about how they would have been in trouble if the American cotton industry went under, but the fact of the matter is that the British economy wasn't dependent on having slaves as part of British society.
ɥsɐןɯouǝʌ on September 15, 2014 at 2:36 PM · Report this

21
@20: Do you fail to understand how British society wasn't day-to-day dependent on the productivity of slaves in the way that the American South was?

(Please imagine me making vigorous side-to-side hand gestures after the fashion of Dr. Percival Cox while I am saying that.)
venomlash on September 15, 2014 at 5:41 PM · Report this

22
@21: Are you freaking kidding me? British society wasn't day-to-day dependent on the productivity of slaves? Who do you think produced the cotton that went into the textile mills that made them rich? Keebler elves? Before industrialization, all they had were their own serfs to exploit. American slavery was so, so, much more profitable. (Well, the other colonies worked out pretty well for them too.)
kk in seattle on September 16, 2014 at 12:09 AM · Report this

I dunno. Maybe it's because the UK banned slavery a century before the US did.

33 years. If they would have banned it a century before the US, the statement would be invalid since the US would have been part of the UK.
delirian on September 16, 2014 at 2:47 AM · Report this 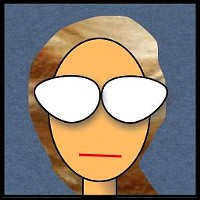 26
@3 You are thinking of species - not races. There are races of humans. Think of them as breeds - like pugs and dalmatians……..they can interbreed because they are all the same species with the same number of chromosomes.
word3 on September 16, 2014 at 6:25 AM · Report this

28
This is the best SLOG post that there ever was.
sprflycat on September 16, 2014 at 9:39 AM · Report this
29
Well I hope they have a completely plain version of the line because as lovely as those bras look on the women that floral print STILL isn't going to work under a white t-shirt.
teamcanada'sforgottenpassword on September 16, 2014 at 10:08 AM · Report this
30
"The UK didn't depend on SALES of cotton, you knucklehead. They depended on PURCHASES of it. They weren't growing cotton; they were buying it."

So owning an Apple product made in China is not a problem. Yippee! Liberals eat their own asses again!
on September 16, 2014 at 10:35 AM · Report this

#3 is right with "race". Inside the human species, there is currently but one race of humans, the homo sapiens sapiens.

The last time there were several races in the human species is when everybody but the ancestors of modern-day Africans co-lived and interbred in Europe with homo sapiens neanderthaliensis. The Neanderthals were another "race" or subspecies of humans. Nowadays there's none of them left, except in the DNA of non-African people.

I do find it ironic that the very same White Supremacists who hate miscegenation as in Blacks having kids with Whites, don't realize that they, and not the Black people, are actually the product of such miscegenation of our shared African ancestors, with Neanderthals.

33
As for what really a race (or more correctly, a subspecies) is :

Skin color alone does not a race make. Ask breeders. There are several colors of pugs (wikipedia : the breed has a fine, glossy coat that comes in a variety of colours, most often fawn or black). But all dogs are not all pugs.

Genetically, a "race" is defined by a subset of a species that has some characteristics that are less diverse among this subset than among the whole species. Pugs all look the same, whatever their color. There's no pug the size of a dalmatian or with a nose like a dalmatian.

Same for other US-lingo-defined "races". For scientists, all current humans are just one race.
sissoucat on September 22, 2014 at 7:27 AM · Report this
34
Underwear for wonderful simplicity, rich type, and wonderful sexual expertise nude is beautiful, many would concur.