Absolut Phoney: A Giant Conglomerate Is Bringing Its "Local" Liquor to Ballard

Love this from the Deadline Detroit piece: "Yeah, no. You aren't going to 'catalyze engagement' so much as you are cynically using our own local identity to sell us vodka to enrich a multinational corporation that doesn't want you to know it is a multinational corporation because derp local derp craft derp community."
Ansel Herz on October 17, 2014 at 1:19 PM · Report this
2
Thanks for covering this, Bethany. Just a more sophisticated version of the same scam that A-B and MillerCoors are running in the beer world with pseudo-craft bullshit breweries like Blue Moon and Magic (Ass)Hat.

3
you know what else Pernod Ricard makes?

4
I don't want to see small businesses squeezed by a multinational, but, and forgive me if this is somewhat tangential to the point you're trying to make— which distilleries in Seattle (or anywhere) are actually producing their own liquor? Those giant vats and stills aren't always for production.
Dougsf on October 17, 2014 at 1:52 PM · Report this

5
I always love that Applebee's marketing campaign in which they try to present themselves as mainstays of the local neighborhood. Neighborhoods. Anuses.
mikethehammer on October 17, 2014 at 1:52 PM · Report this

6
@2 - That is lame, and Blue Moon takes like hand soap, but if you haven't seen it this is an interesting read about where much of our "craft" whiskey comes from. The same has always been true for our (well, not "our" because vodka is stupid and gross) vodka.

(for the record, I agree with the article that this factory does a great job with their products, it's just the labeling I find... interesting.)
Dougsf on October 17, 2014 at 1:56 PM · Report this

I'm glad all the local artisans never put any bullshit at all in their marketing. Everything they say is straight truth, no spin. Right?
Ph'nglui mglw'nafh Cthulhu R'lyeh wgah'nagl fhtagn on October 17, 2014 at 2:22 PM · Report this

10
It should be noted that our tap water is particularly delicious. But this still sounds gross.
Catalina Vel-DuRay on October 17, 2014 at 2:31 PM · Report this

11
I toured Flying Monkey's Brewery in Ontario a while back. They are I think a legitimate craft brewery, but one really funny thing is that when they were formed a couple decades ago they ripped off the name of the one of the founding fathers of the area. They were originally the Robert Simpson Brewery Company even though they had nothing to do with Robert Simpson or his long defunct Simcoe Steam Brewery. Things never really took off, but about a decade ago they switched to the more hipster-friendly "Flying Monkey's" name and have been popular ever since. 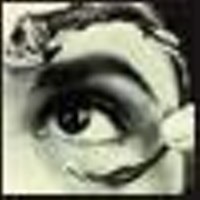 13
Fucking corporatist scumbags.
HelpMeJebus on October 17, 2014 at 2:55 PM · Report this
14
"I do believe they will be ABSOLUTLY be eaten alive by the community."

Right. That's why the community of Ballard has so many condos now, because people care so much about "local standards".
Casual_Observer on October 17, 2014 at 3:04 PM · Report this

15
In blind taste tests subjects prefer budget vodka and Seagram's Gin over the expensive alternatives like grey goose and Bombay.
auntie jim on October 17, 2014 at 3:08 PM · Report this
16
Even the 'real' local craft distilleries buy industrial ethanol and flavor pack and dilute it to get their bourbon, tequila, rum etc. Sure they have a nice polished still to show you but I have seen the back rooms and the shipping manifests. No not all do this but enough for me to give up on it completely. The industry has a massive integrity problem. I'll stick with beer.
kuangmk11 on October 17, 2014 at 3:17 PM · Report this
17
“But if they’re doing what Berlin is doing and buying ultra-cheap industrial ethanol and then diluting it with tap water”.

I’m calling bullshit on this. Lexi is lying and Clement is failing in her duty as a journalist to follow up on unfounded claims like this.
Aaaarrrggh on October 17, 2014 at 3:21 PM · Report this

18
Thank you for covering this Bethany. It's important that more people know what a sham/scam Pernod Ricard is trying to pull over our "local" eyes.

21
Actually we do have good local water here - they sell it around the world as bottled water.

23
@20 I can never remember who we're boycotting. Stoli is a sponsor of the SLGFF. It's confusing. And which pasta aren't we supposed to buy?! I don't remember!
fletc3her on October 17, 2014 at 4:19 PM · Report this
24
@4, @16: Go visit Copperworks Distilling on the waterfront. They produce all of their own distillates in-house with wash that is brewed per their specifications at Elysian.

Jason and Micah are legit!
Mr. Happy Sunshine on October 17, 2014 at 4:20 PM · Report this
25
Okay so seriously, loads of distilleries in the area produce their own distillate from scratch. Some don't. There are really 2 disparate issues in the comments here: 1) Whether local distilleries are truthful in their advertising, and that depends completely on the distillery. Go visit and ask them. 2) Whether a multinational company is manipulating consumers and whether that's okay from a local economic perspective. Me personally, I have a beef with the whole consumer manipulation thing and taking local money out of the community. Selling industrial ethanol+tap water at twice the going rate because you're calling it local via a marketing department that's funded by big corporate money is not okay.

There's nothing wrong with making booze from outsourced product, just be honest about it. Plus, there's a whole world of products that are made with a neutral base that just makes no sense whatsoever for a distillery to create in-house because it's just flavorless alcohol. It would be like going to a bakery and demanding that the baker mill their own flour, when they're just using it to make cookies and cakes.
LexiconGrrl on October 17, 2014 at 4:28 PM · Report this
26
@LexiconGrrl Please tell us about the sugar beets you use to distill your vodka. I think you told me that they were GMO. Isn't that right? And you don't label your products that they include GMO beets, right?
elaineinballard on October 17, 2014 at 5:17 PM · Report this
27
Just about all granulated sugar is GMO unless labeled otherwise. Anyone who asks will get 100% clarity about our products. However, I assure you that our goats are all GMO free.
LexiconGrrl on October 17, 2014 at 5:32 PM · Report this
28
Always wondered how "craft" distilleries could be selling whisky when the'd only been in business for 5 minutes.

29
Here's a question: are local products like beer, soda, etc. made with flouridated water, or do they have some sort of side deal with water departments? Not that I have a problem with fluoridated water, just curious...
Catalina Vel-DuRay on October 17, 2014 at 8:47 PM · Report this
30
@27, that makes no sense. There is no GMO sugar cane on the market (it is still in test trials) and the vast majority of sugar both in the US and worldwide comes from sugar cane. 20% of the world's supply of sugar is from the sugar beet, most of that in Europe and Russia. Adjusted for spin (some industry sites inflate sugar beet production worldwide by 75%), roughly 30% of the US sugar supply comes from the sugar beet. Not all of that is GMO either. With this in mind, how can most granulated sugar be GMO?
on October 17, 2014 at 9:05 PM · Report this
31
@26 oh for fuck's sake, please tell me you are joking
Aaaarrrggh on October 17, 2014 at 9:33 PM · Report this

32
@22, I'm not saying you shouldn't be BFFs with Ph'nglui @9—Ph'nglui is quite a mouthful, from what I hear—but original credit for the sex-with-goats thing really goes to Dan Savage, with the witless impetus from a certain local TV reporter: http://www.thestranger.com/seattle/beat-…
rob! on October 17, 2014 at 10:40 PM · Report this

33
Sad that the food/drink snobbery has infected our culture so much that now, large scale producers are being forced to falsely label their (decent but cheap) products.
Eastpike on October 18, 2014 at 4:56 PM · Report this
34
And the last laugh is that the consumer can't tell the difference between vodka made from industrial ethanol cut with Settle tap water and "true" craft vodka made entirely locally by hand. As long as the drink has a good back story and a high enough price, the customer's brain supplies the inimitable flavor.

I'd be pissed to if I found out I put all that work into my handmade booze and my best customers would have been just as happy if I'd only told them a fairy tale about how much work and skill went into it. It's all packaging; there nothing in the package.
Ph'nglui mglw'nafh Cthulhu R'lyeh wgah'nagl fhtagn on October 18, 2014 at 8:06 PM · Report this
35
@26 Who the fuck cares if the sugar came from a plant with a precisely alter genome? Would you feel better if that genome were altered with mutagenic methods instead?
Solk512 on October 20, 2014 at 9:45 AM · Report this

Just sayin'
wilbur@work on November 1, 2014 at 10:22 AM · Report this
37
If the vodka they are making is good ( and even if it's not) and the price is right, and the label is catchy, it will sell. For the "local" distilleries who are bitching about big companies...too bad. If you are worried they will take away your sales that's your fucking problem. Be a mailman or an accountant if you need that steady pay. If you are relying on sales of your product you will be dealing with other companies that come along and big business. You should worry about what YOU are doing not what someone else is doing. If You are not selling enough of your product to make ends meat then sell your business and become a dentist...fuck all of you.
The Pulse on February 18, 2015 at 11:08 AM · Report this
38
It's interesting to see the differences between the comment thread of this article and the comment thread of the Detroit article you linked to by Jeff W.

Very different reaction in Detroit. Still an element of skepticism, but far more accepting of Our/Vodka and has some searing criticism for the journalistic quality of the piece.

For a big company, what they've accomplished (and really it was a digital marketing agency, Great Works, teaming up with the innovation lady on off-hours) is a great thing. They've broken out of Absolut's core business model of being a distribution powerhouse and are letting a bunch of small guys do some cool stuff that does indeed create local engagement and benefit.

Yes they're taking about 80% of the profits, but you can also just see them as a seed investor (and Detroit's comment thread was thrilled about any investment). Hopefully they take some notes from successful venture capital funds and don't try to become too hands-on (and even give more of the profit back). My guess is that they, sadly, will attempt to claim too much ownership of it and suffocate it.
hudsonsims on June 17, 2015 at 8:59 AM · Report this