2
As a denizen of UVa and an alumnus...the original story seemed...over the top. There is a problem, not just here, and as you noted: this is totally a failure of journalism. It's a failure of the editors and fact checking staff at RS more than anything. Clearly the reporter was passionate...the cool, calm, deliberative balance that ought to have prevailed before lobbing this particular Molotov at UVa was the responsibility of the editorial board.

The items which the police and fraternity have called into question were easily enough verified.

7
I had a feeling the stranger would be falling all over themselves in explaining away this mess.
SwampThing on December 5, 2014 at 3:42 PM · Report this
8
The big huge problem with the original story is there were no corroboration from Jackie's three friends she immediately told about the gang rape, nor was any confirmation to there absured answer that Jackie should be quiet, so they could continue to go to Fraternity parties.. Even though allegedly, Jackie was raped by seven men, laid in broken glass for hours, her friends allegedly wanted her to be quiet. That is a big red flag, that the article shouldn't go forward without collaboraion.

Even if the three alleged friends couldn't be tracked down, there should had been enough interviews of Jackie's acquaintances and people connected to the fraternity to give some support to the alleged crime that took place. This is just bad journalism, with embellishment winning over corroboration of a story..
ferret on December 5, 2014 at 4:15 PM · Report this

We're not going to blame the liar for lying in a series of interviews?

Let's return to the beginning. If Rolling Stone had refused to publish her accounts of being a gang rape victim who was unjustly revictimized by a system who didn't believe her, then Rolling Stone would have been vilified as being part of the patriarchy.

If Rolling Stone had published an investigative article which questioned the victim, they would have been vilified for not taking the victim at her face value.

How do we know that Jackie tried to back out of the story? Was it because she said it to the WaPo author? Did WaPo verify this with Rolling Stone?

I think it's hilarious that people ran to vilify a college and fraternity based on a story based in one person's fabrications...and, when those fabrications are uncovered, we run to vilify the publication...based on that same person's statements. Really? Why can't we have an honest discussion without sanctifying Jackie and making Rolling Stone, whose author was a woman mind you, into a devil intent on making more rape victims?
TheMisanthrope on December 5, 2014 at 6:03 PM · Report this

11
@10: embrace the power of "and". Not publishing obvious lies or even completely unverifiable stories (and not getting suckered by people with mental illness or politically motivated fabrications) is part of -- hell, the most important part of -- the damn job as a journalist, and it looks like the entire reporting and editorial chain of command at Rolling Stone failed that test miserably here.
Doctor Memory on December 5, 2014 at 6:28 PM · Report this

12
@11 Yet this post goes on to say that we should always believe victims. Everybody in the WaPo story is all "we believed her to begin with, but now they're not so sure.

If the WaPo corrective hadn't been after Rolling Stone's "I believe you" article, we'd be sitting here complaining that WaPo is judging the victim for questioning her account.

We need to look at how Internet shaming and pitchfork mob forming has influenced the failure of journalism. And we need to stop running around like pissed off children ready to publicly harass every person who has an allegation aimed at them.
TheMisanthrope on December 5, 2014 at 6:38 PM · Report this 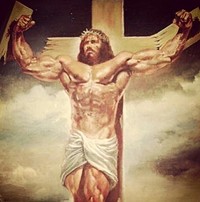 15
Reminds me of the heart wrenching abortion Jennifer Fox had.

19
I'm with @10, 12 and 16. Also, per your comment @11, the "power of 'and'" includes the ability to say Rolling Stone fucked up (which they absolutely did, make no mistake) AND this woman should be held completely and fully accountable for her extremely damaging fabrications. This shit has huge impact, not just on the (presumably) falsely accused men, but also on women everywhere, whose perceived credibility in rape cases is a key component of their safety and confidence in reporting assaults.
schmacky on December 5, 2014 at 9:50 PM · Report this 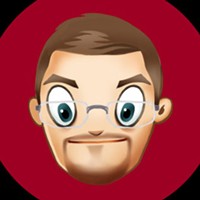 22
@21: “Innocent until proven guilty (by a court of law)” might not be ideal, but it’s a bit like democracy - "It has been said that democracy is the worst form of government... except all the others that have been tried.” - Winston Churchill
James McDaniel on December 6, 2014 at 1:52 AM · Report this

23
@13 and @17 (Matt from Denver) - I suggest that you occasionally consider letting things drop when someone offers a different opinion about your comment. Yours @13 was so flawed, in the context of constitutional democracy, "nation of laws" etc, that I thought you were perhaps typing too quickly in a moment of unchecked emotion. I have done that, and will do it again soon, if not right now.

But to further defend your 98% = 100% statement using one of Paul Constant's weakest links ever, seems absurd. Follow the link. It is anecdotal, uncited, and in an archive that has a disclaimer at the top of the page, that it is is no longer maintained and may now be outdated. The ENTIRE reference to the 2% thing is this parenthetical note in a section called "Tips for Responding to Victims of Sexual Assault":

24
@ 23, heal thyself, physician. I was speaking in general, not of the duty of a journalist. Obviously it's not a flawed position at all, because anecdotal or not, it's the best evidence available. And given that people are so hot to question the validity of rape claims out of proportion to this best evidence, erring on the side of caution means believing every rape victim. For you and me - police and other investigators must verify, but only asshole lay people will err on the side of doubt.
Matt from Denver on December 6, 2014 at 10:50 AM · Report this
25
@4, that's not the best analogy, because unlike satanic ritual abuse, rape actually happens.
LJM on December 6, 2014 at 11:18 AM · Report this
26
I am in the process right now of getting UBC to do something, anything about a grad student rapist (not of me, but I warned them about his behavior months before he raped someone and they wrung their hands). I almost dropped the process until the momentum of this story and also the Jian Ghomeshi scandal made it seem likely there would be sympathy. The reversal fucking sucks.
sahara29 on December 6, 2014 at 11:51 AM · Report this
27
"I believe you" is such an important, empowering sentence, and why it needs to be said more often, not less. This is a truth that everybody needs to remember, especially today."

everybody did believe jackie. or am i wrong?

"Jackie said she asked Erdely to be taken out of the article. She said Erdely refused and Jackie was told that the article would go forward regardless."

did anyone contact erdely and verify this information?
orgasm on December 6, 2014 at 9:52 PM · Report this
28
Whenever a story of rape or any other crime pushes every single button in your rage-zone, that is the time to ask: is it possible that someone deliberately pushing those buttons? Do the accused perpetrators belong to a group that you dislike and would really like to see nationally humiliated?

I have a feeling that if Jackie's story had been absolutely identical except for the demographic of her alleged rapists (white, privileged frat boys) the outrage would not have been quite as intense. You may argue that this is simply because frat boys are a suspect group of people, and perhaps they are….but admit it: a lot of progressives view frat boys with antipathy. Indignation toward them was an easy sell. Perhaps Jackie knew that at some level.

This particular event DOES have some parallels to the Satanic Day Care abuse craze of the 80s, where it wasn't just regular pedophilia, it was prepubescent demonic orgy pedophilia by child daycare workers. It's hard to imagine a more over-the-top transgressive scenario, and it got traction fast. Jackie's account was similarly "it couldn't be worse" in nature: It's wasn't 'just' rape, it was gang rape on pile of broken glass. It wasn't 'regular' men, it was privileged fraternity guys from a mysteriously wealthy organization. It wasn't some impulsive, clumsy, brutal act, but a premeditated occult, ritualized rape as part of an initiation process. Afterwards, EVERYONE betrayed her - nobody helped her at the party when she staggered down the steps. Her OWN FRIENDS decide their future social life was more important than helping a bleeding rape victim. Then the university blew her off. The cruelty and evil here approaches an almost camp level of caricature. And people ate it up.

What amazes me is how many people are saying "but Jackie could be partially telling the truth!" This is true, of course, but what a weird thing to be hoping for. Some people are probably saying this because they want to support her, but I think many others subconsciously want to protect the integrity of their own biases against "the perfect villains." It is no accident that it was these very biases that Jackie chose to exploit, and that Rolling Stone (and everyone else) was so eager to believe. This kind of scenario is where "I believe you" can go from a noble impulse to a self-indulgent vice quite quickly.

Dismissing the "false accusation" rape rate of 2-6% as negligible and irrelevant is a BIG MISTAKE. It's the same type of unethical "yeah, but…." treatment that so many unpopular targets have been subjected to over the decades. It seems like every few months we see another innocent person of color released from prison for a crime he didn't commit. Was it okay to lock him up if 97% of the other prisoners are guilty?

It is okay to be wrong if you TRIED. It is NOT okay if you didn't give a shit if you were wrong, because you want to send a message to a community and so what if a few innocent people get fucked over in the process, because they've had it easy anyway. That is a morally unsound foundation to build any type of movement upon.

There can be a place for unflinching advocacy, but there must be a place for unsentimental skepticism as well. Perhaps that is where responsible journalism should step in. Otherwise, rape advocates will be duped again and again, and the public will lose more and more confidence in their message and judgement. Do not let the mantra of unwavering support work against the very people you want to help.
Keey on December 8, 2014 at 8:41 AM · Report this
29
In the meantime, the Washington Post also quietly removed a key claim from their own scathing report on the UVA story.

30
I believe it to be a failure of journalism & trust. Cathy Young nails it: