How Central District Activists Feel About Uncle Ike's These Days

1
I lived near that intersection for a couple years and during the time that I lived there the four corners consisted of a vacant lot, an out of business gas station, an out of business murder restaurant and a liquor store. While I'm not a fan of capitalism, this doesn't seem to be a negative change. Furthermore, Ike's is employing several young men of color. So I don't see how this is harming that community.

Furthermore, I personally encourage disrespect towards any church.
NopeNope on February 27, 2015 at 11:59 AM · Report this

2
"“Putting a weed store on 23rd & Union is problematic because the murder of Troy Hackett happened in the parking lot next door to the church,” Flores continued."

"“Putting a weed store on 23rd & Union is problematic because the murder of Troy Hackett happened in the parking lot next door to the church,” Flores continued. “[Degene and Troy] provided young people with hot meals, clothes and shelter, because they were responsible business owners who cared about the community. I think the question we should all be asking ourselves is, what would Degene and Troy want on that corner?”"

No, the question we should be asking is WTF does that have to do with Ike's? Answer: Nothing. This might be the dumbest gentrification article yet and there is some serious competition in that category.

"“I think Ian needs to do a better job in engaging the community and work closely with local community-based organizations who are dedicated to preserving peace and health for people of color in the Central District.”"

Ah, so if only he had "engaged the community" a bit more there would be no problem. Well from the picture it looks like they hired at least one person of color. What else? Should they also provide free Cokes?
MiddlePerson on February 27, 2015 at 12:49 PM · Report this
5
@emor he is saying that resources should have gone to remember an important community leader in the area, not correlating legal weed to murder.
@NopeNope I agree with you generally, but as stated in the article, the owner of the shop also owns the land you are describing as blights. In defense of the general points made, the owner was quick to position himself to make some quick bucks, but didnt invest in improving the area at all in the years prior. Nor did he engage in any sort of dialogue or city planning with the community. In areas where the owners of the land and wealth actually live in the community, there is much more care taken to recognize and dialogue with the community. I recognize why there is a disenfranchised feeling. This is a common gentrification story that is not unique to this spot however.
youmustlearn on February 27, 2015 at 12:49 PM · Report this 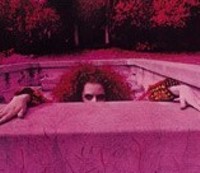 “Putting a weed store on 23rd & Union is problematic because the murder of Troy Hackett happened in the parking lot next door to the church,” Flores continued. “[Degene and Troy] provided young people with hot meals, clothes and shelter, because they were responsible business owners who cared about the community. I think the question we should all be asking ourselves is, what would Degene and Troy want on that corner?”

Selling legal weed is not tearing apart black families. And It is a total fabrication to suggest that business in that area are all involved in community service.

What does this even mean?

Part of my problem is all the strange rhetoric around honoring the community. Listen to this from youmustlearnL


In areas where the owners of the land and wealth actually live in the community, there is much more care taken to recognize and dialogue with the community.

Aside from the barber shop are any of the existing business owners in dialogue with the community?

Much of this comes off as petulant whining and it isn't honoring the community at all. Preserving an abandoned bank building for nostalgic purposes? Really?

By all means lets figure out a way to encourage small local business, discourage monolithic architecture but we need stronger voices saying things that make sense to the actual community. Not nostalgia for a failed commercial zone, wherein you paint a gas station as a cultural touchstone. It is insulting.
jnonymous on February 27, 2015 at 1:12 PM · Report this
7
I'm generally hostile to developers but this intersection has been pretty much a wasteland for years, with the exception of the strip mall where the post office is. Difficult to see what is negative about gentrification when all that is being displaced is a hole in the ground and some vacant buildings.
Rhizome on February 27, 2015 at 1:16 PM · Report this

8
I'm thinking at least part of the problem faced by the historically african american population in the neighborhood was the disproportionate number of pot arrests and incarcerations over the last 40 years. Legal pot removes a frequently used lever of oppression. It's cool to be concerned about the kids. Hypocritical to claim to be concerned about kids on a corner that has had a huge liquor store for years. Never saw anyone picket the liquor store. Or the gas station selling beer across the street. Or Chucks Hop Shop two blocks away.
rtm on February 27, 2015 at 1:17 PM · Report this 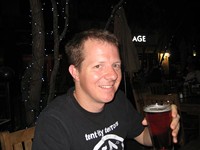 10
Article is weird and also poorly written. Ike's didn't make "$13,000 a day" it grossed $13,000 a day. Also, if you want to talk about gentrification, talk the the person that owns Neighbor Lady. The place was a failing black owned restaurant with unpaid taxes. Things change. It happens.
benjaminismarried on February 27, 2015 at 1:35 PM · Report this
11
It is stated in this article that the Central District in a historically African American neighborhood. Actually it was gentrified by African Americans who pushed the Jews out. Eisenberg's family is Jewish and has lived in that location for 3 generations. Maybe this is a good time for black activists to examine their own prejudices and biases. You are harrassing a 3rd generation Jewish resident of a historically Jewish neighborhood and calling him a gentrifier and accusing him of disrespecting blacks. I wonder what the reaction would be if Jewish residents of the CD accused blacks of disrespecting them for running businesses in neighborhoods where their family has lived for over 100 years. Shame on these bigots.
hayden c on February 27, 2015 at 1:37 PM · Report this

18
@11 Hayden, if you know the Jews used to be big over there, then you know you're an asshole for claiming that black people gentrified the area.

Black people live(d) in the CD because they got red-lined and discriminated into it (http://depts.washington.edu/civilr/coven…)
bobjoebob on February 27, 2015 at 2:59 PM · Report this

19
Just about everyone who wasn't "white" was red-lined: Jews, Blacks, Asians... There's no need to play one group off another.
Catalina Vel-DuRay on February 27, 2015 at 3:45 PM · Report this
20
What a crappily written article. Ouch.

It would at least be fair to point out that Witherspoon is anti-gay, and a misogynist. He's the Mark Driscoll of the CD. If any business needs to get out of that neighborhood it's his.

And he is anti legal pot as evidenced by this quote: “I’m against what it means for our kids, for our institution, and for our community, for it to be here. This is a way in which capitalism has resulted in an unfair disrespect to an institution. "

Because there is a for profit business selling something he doesn't like, it's disrespecting his anti legalization, anti gay, misogynist "institution"? Witherspoon should get on the same train that took Mark Driscoll out of town.

If the Stranger had some balls it would treat Witherspoon with the same respect it did Driscoll and Ken Hutcherson.
burnitdown on February 27, 2015 at 4:50 PM · Report this

Whose resources are you talking about? What does "gone to remember an important community leader" mean? The owner of the pot shop should have erected a statue instead of opening a pot shop?

how DO the residents of the CD feel about a pot shop on 23rd and Union? Gee, I don't know, why don't we take a look at how many of them buy weed there? 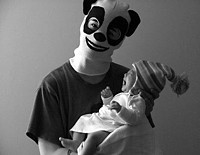 24
Burnitdown, dear, I know nothing about Rev. Witherspoon except for the fact that he has a reserved parking space right in front of his church, which seems rather self-important and boorish. Your revelations don't surprise me.
Catalina Vel-DuRay on February 28, 2015 at 9:31 AM · Report this
25
Wow a whole lot of white privilege up in here.
Jacqui-Cho on February 28, 2015 at 11:23 AM · Report this
26
Wait a minute...After all the pro legalization rhetoric, the "yes on I-502" talk. now the Stranger is going to turn around and blame a legal pot store for destroying the Black community? This store is exactly what you guys wanted! Of course a church is going to protest a pot store, but let's remember that legalizing pot helps to reduce the disproportionate amount of black people arrested for pot possession/use. In my eyes, that fact alone kind of debunks the whole "gentrification" claim. This article skirts dangerously to equating pot use with murder/illicit drug use. And as cynical as it sounds, the truth of the matter is that ALL businesses are out to make money, blaming a store for succeeding is a cheap shot. This is a bizarre article coming from the Stranger.

Yes the Central District is gentrifying, that is true and it is sad, but I feel like Uncle Ike's is not the one to direct our angst at. As a gay man living on the Hill, over the past 6 years I have seen many significant places torn down that meant a whole fucking lot to me, I get it. I'm sad too, but I just don't feel like legal pot stores are what's ruining the soul and history of Seattle. I mean WE HAVE A FUCKING LEGAL POT STORE ON 23RD AND UNION!!! This IS history!!!
nurse-nancy-boy on February 28, 2015 at 3:51 PM · Report this

27
25 dear, what is your definition of "white privilege", and could you please cite instances of it in this comment thread? Otherwise, you're just throwing cliches around.
Catalina Vel-DuRay on February 28, 2015 at 3:52 PM · Report this
28
You know what? I'm thrilled Uncle Ikes is there, not for the pot - but for the round-the-clock security camera surveillance that is now on that corner. Maybe the jackasses and gang bangers who have terrorized the block for years (despite all the so-called activists' useless work) will think twice before shooting someone or lighting a building on fire.
benny on February 28, 2015 at 8:00 PM · Report this
29
I agree with everyone above me except for the author of this article and the weird religious idiots he interviewed. I don't understand The Stranger's agenda sometimes...
Eckstein on February 28, 2015 at 9:19 PM · Report this
30
Got say the comments make waaaayy more sense than the article did. Blaming a pot shop for gentrification is about as stupid as it gets.
QRRR on March 1, 2015 at 1:21 PM · Report this
31
Concerning the "quality" of this article, it's important to note that The Stranger has in the last few months fired many of their long-time (and better) writer / reporters.
Arthur Zifferelli on March 1, 2015 at 8:03 PM · Report this

32
As a CD resident and regular customer of both Ike's and Neighbor Lady, I invite the whiners allowed to speak for this article to eat a big sack of dicks.

You had however many decades to improve the neighborhood and you blew it.
wilbur@work on March 1, 2015 at 8:31 PM · Report this