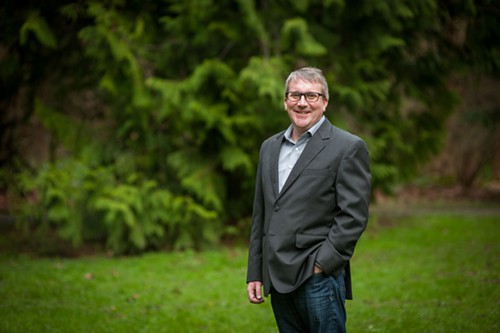 Dave Montoure: The first candidate to drop out of the crowded race for a West Seattle council seat. Courtesy of Dave Montoure
Sponsored

And now there are 10. Dave Montoure, who owns West 5 and last month joined the race for a city council seat representing West Seattle, dropped out today saying he's a "better advocate as a private citizen than as a politician."

Montoure is the guy who donated $1,000 to a group fighting Seattle's minimum wage increase and then didn't want to talk about it. He had raised about $3,000 in campaign contributions. His name has now moved to the graveyard of "withdrawn" campaigns on the city's Ethics and Elections Commission website.

According to the West Seattle Herald, he posted this on Facebook today:

Friends, family and fellow small business owners. A little over six-weeks ago, I entered the campaign race for Seattle City Council District 1. It's been a great experience and I have learned a lot from talking to old friends and new acquaintances. However, it is with regret that inform you that I have decided to withdraw from the campaign.

My passion for issues that affect small, independent businesses and the greater prosperity of West Seattle is strong as ever, and I have come to believe that right now, I'm a better advocate as a private citizen than as a politician. I look forward to rolling up my sleeves and getting to work as simply, Dave.

Thank you for your continued support and encouragement.