25 Things I Learned at Burgerama in Southern California

I know a Prius or Car2Go is better for the environment, but if you show up at a music festival in this, well... YOU WIN. Kelly O

Burgerama is a festival curated by the excellent Burger Records label. The actual hamburgers at the fest were dry as hundred-year-old pieces of cardboard, and I firmly believe Burgerama should team up with In-N-Out instead. I mean, just LOOK at these things! Vegetarians, ask for a "wish burger." Kelly O
Sponsored 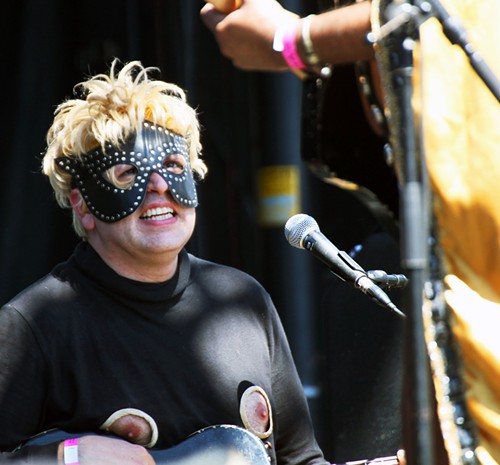 When you're playing a show, and its almost 90 degrees outside, sometimes you need to make some wardrobe adjustments. Nice one, Mark "BBQ" Sultan. Kelly O 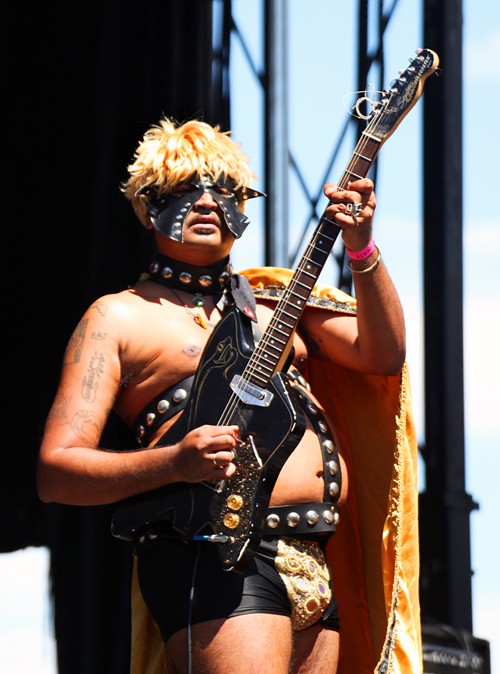 I also learned there's such a thing as "summer-weather-leathers." Thanks, King Khan. Kelly O 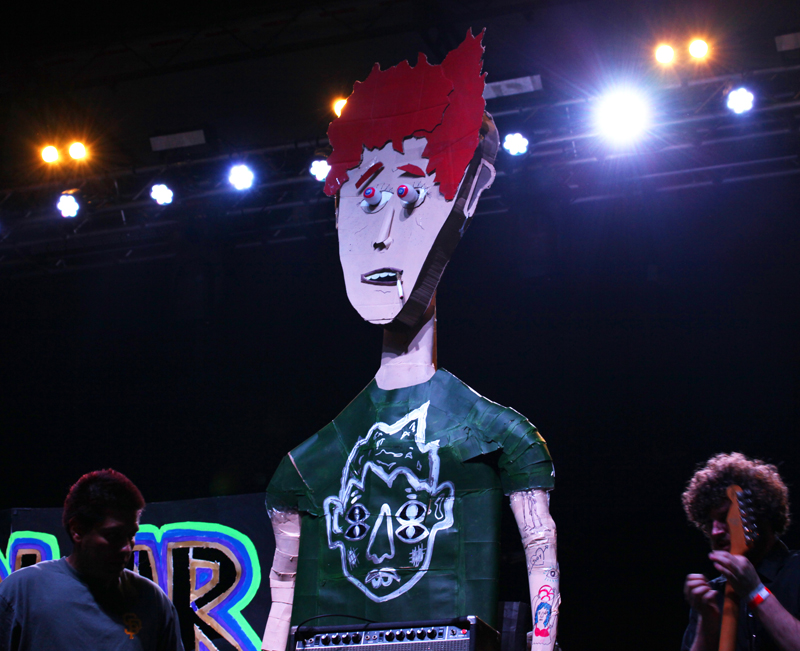 Too many people smoke in crowded spaces. Some kid burned my arm during the band FIDLAR's set. Ouch. Kelly O 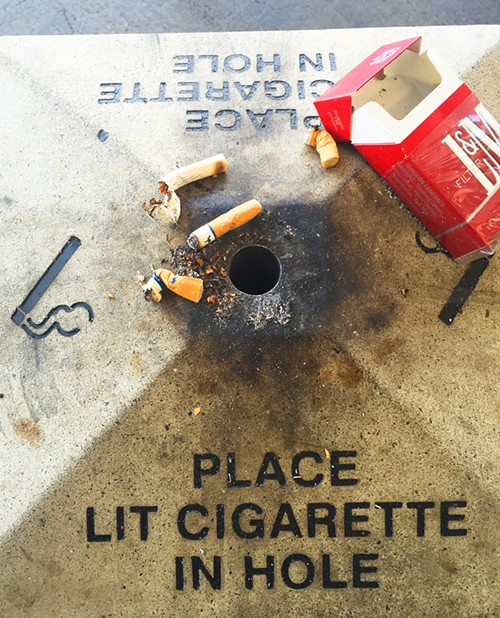 Also, THIS. C'mon, people! It's not that hard. I also wonder if people smoke more 'cause cigs are so much cheaper in SoCal—some as low as $4 a pack. Kelly O 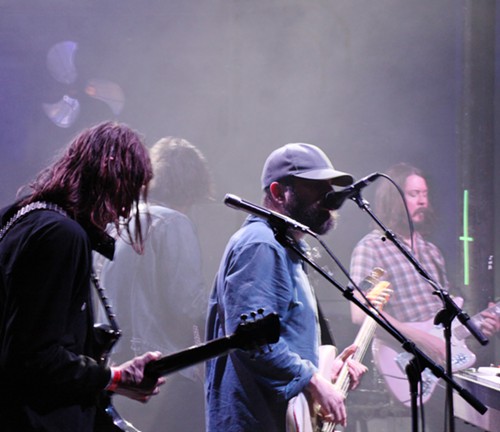 This is the band the Black Angels. I saw Kim Gordon in the bathroom during their set. She was standing in line with a bunch of teenagers. No one recognized her except for me. I guess I am old. I said "I love your new book!" and she looked uncomfortable. I wanted to ask for a photo, but it didn't feel right. Also, there was no toilet paper. Someone told me I should have brought my own. Kelly O 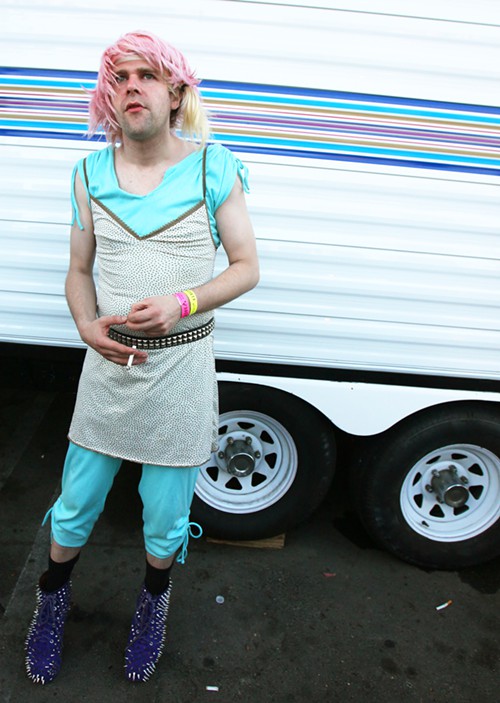 This is musician Ariel Pink. He didn't seem to like having his picture taken either. I think if you're wearing shoes this excellent, you should EXPECT IT. Kelly O 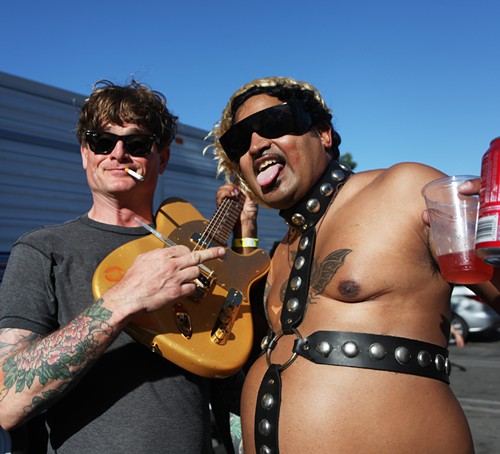 This is John Dwyer of Thee Oh Sees with King Khan. I wondered what 'Oh Sees would sound like with all the members changed, except Dwyer. They were great! Gang of Four also played, with only one original member: Not so great. Kelly O 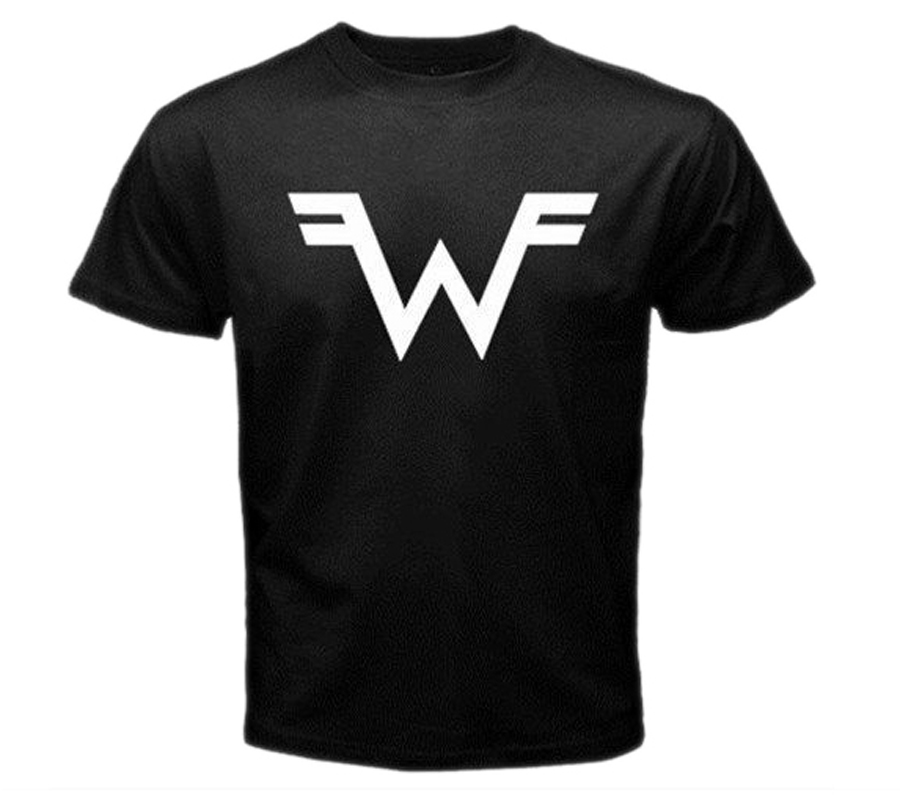 Weezer headlined Saturday night. The only thing I learned, is that if you weren't a fan in the 1990s (I wasn't) then you probably won't start being a new fan in 2015 (I won't.) Also, their logo looks the 1980s WWF World Wrestling Federation logo, doesn't it? Kinda? Kelly O 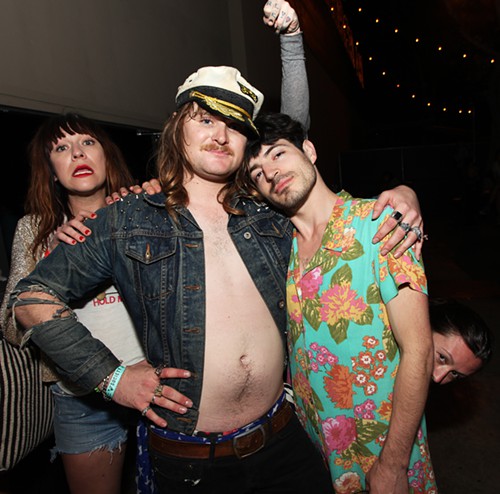 Nirvana drummer-slash-Foo Fighters guitarist Dave Grohl went onstage and played during Ty Segall's headliner set. I overheard someone say Grohl "looked fat." Then this guy, in the sailor hat, looked at this picture on my camera after I took it, and said he also "looked fat." This must be a California thing. Kelly O 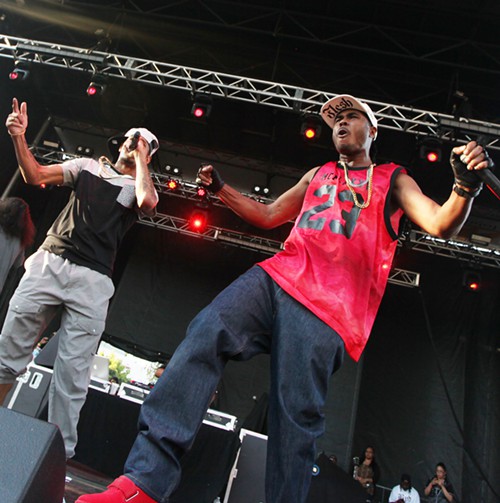 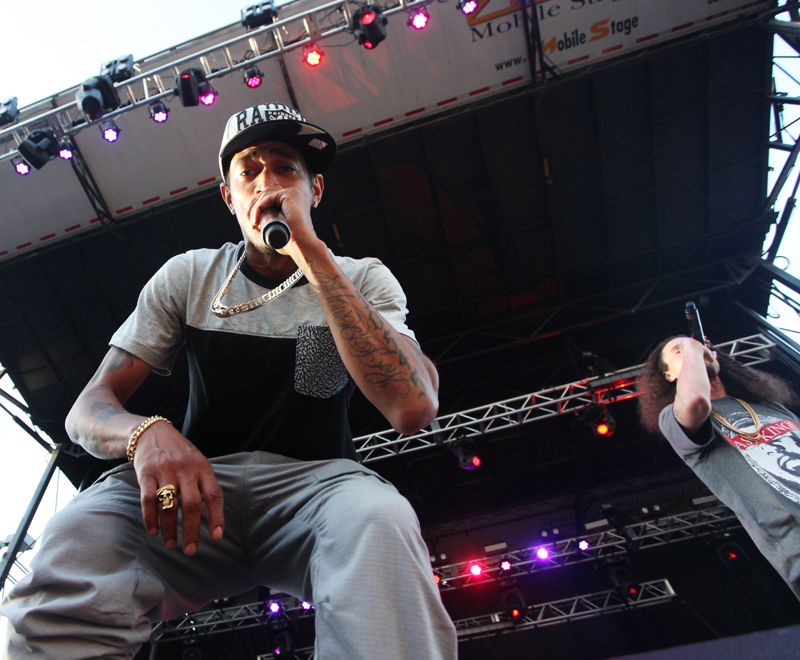 One of my favorite sets was Bone Thugs-N-Harmony. They played songs from their 1995 album "E. 1999 Eternal"—their tribute to rapper Easy-E. Everybody in that crowd went KEEEEE-RAZY when they first said the words "EASY-E." Gone but never forgotten. Kelly O 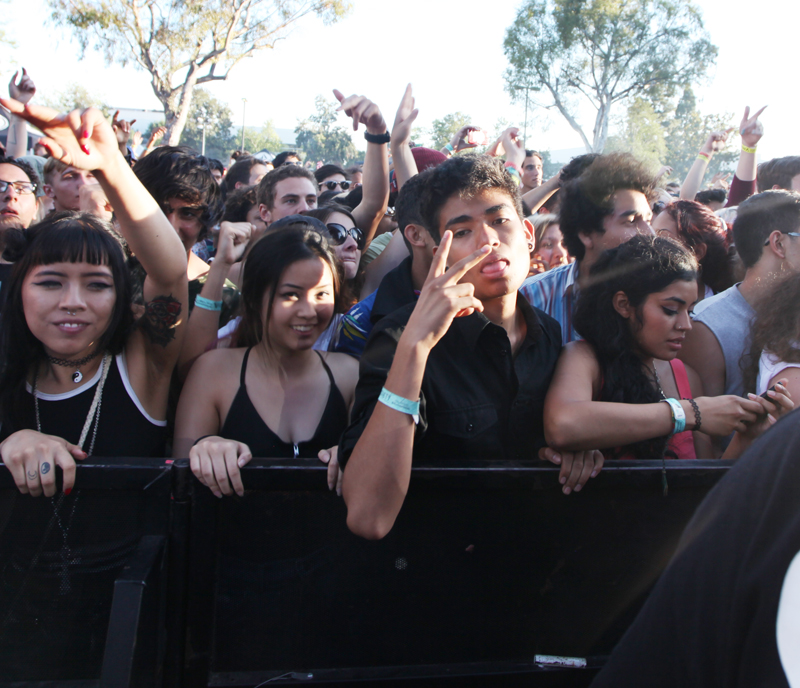 All these kids know Easy-E. Every single one of them. Kelly O 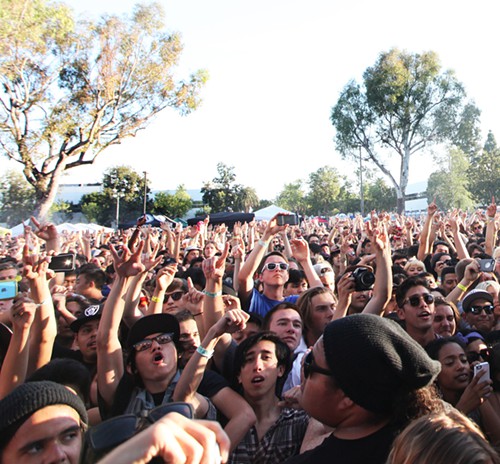 The crowd also went crazy when Bone Thugs did a shout-out to Tupac. No holograms magically appeared. Kelly O 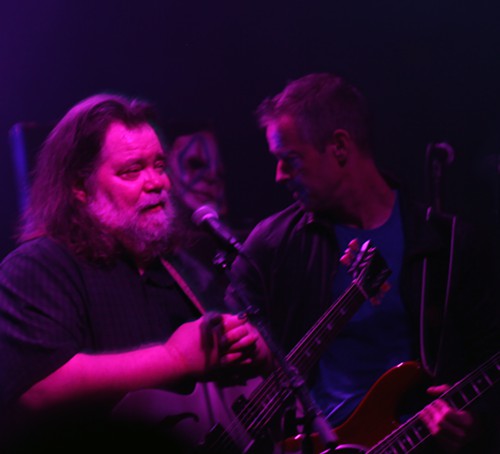 Perhaps less recognized by the younger peoples of Burgerama was Roky Erickson. He is a living legend, and many WILL indeed miss him when he's gone. Kelly O 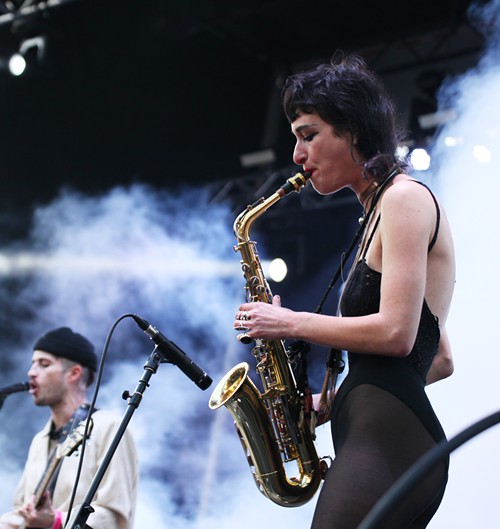 One of my other favorite moments was watching a lady named Zumi play saxophone for the Black Lips. SHE IS INCREDIBLE. Kelly O 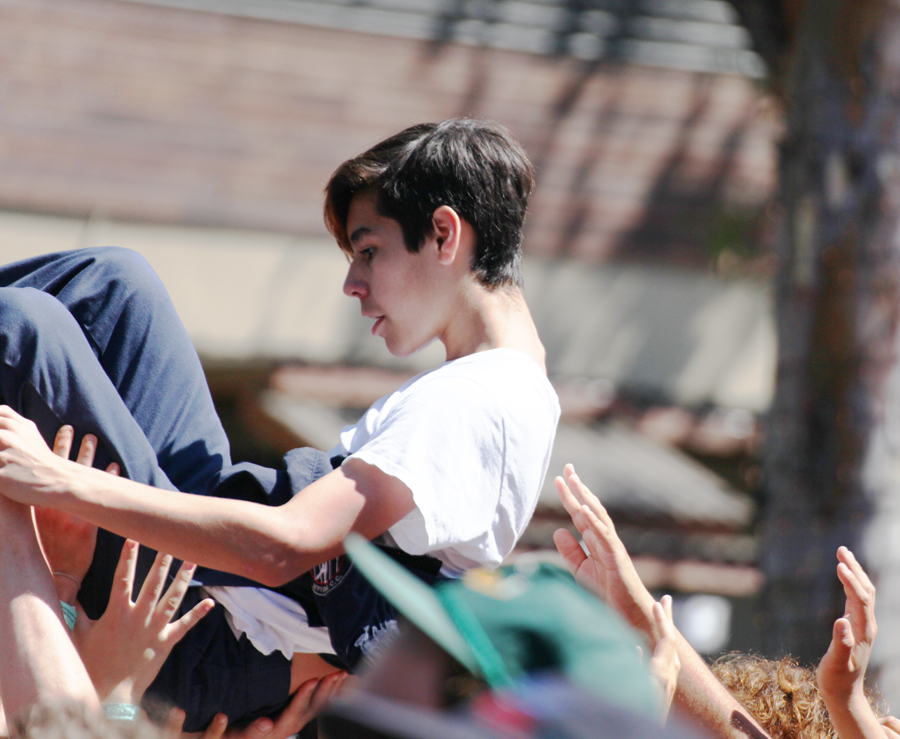 Black Lips still make the audience go crazy. Toilet paper gets thrown around, and so do people. Kelly O 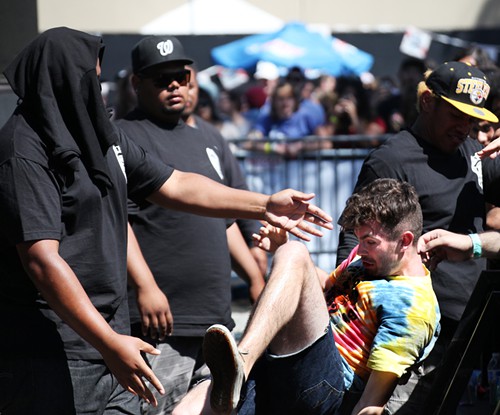 Crowd surfing: It's always fun until somebody loses a tailbone. Ouch. Kelly O 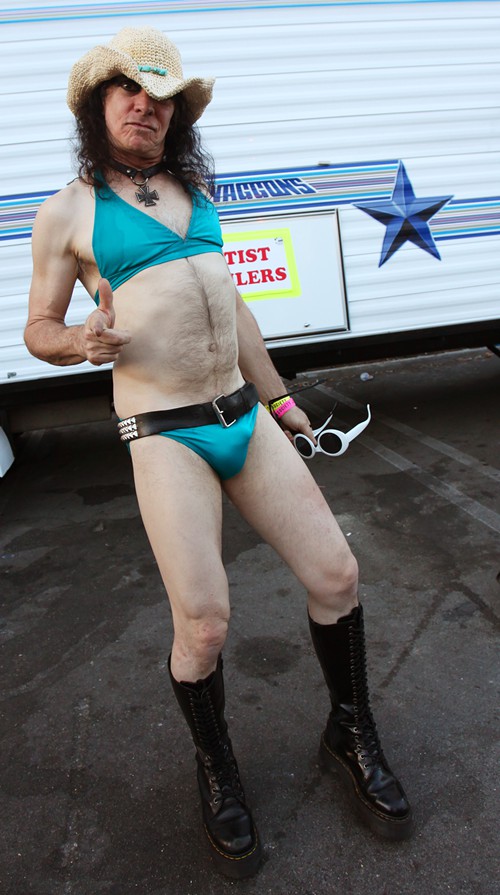 This guy broke my brain with his excellent choice of clothing. Kelly O 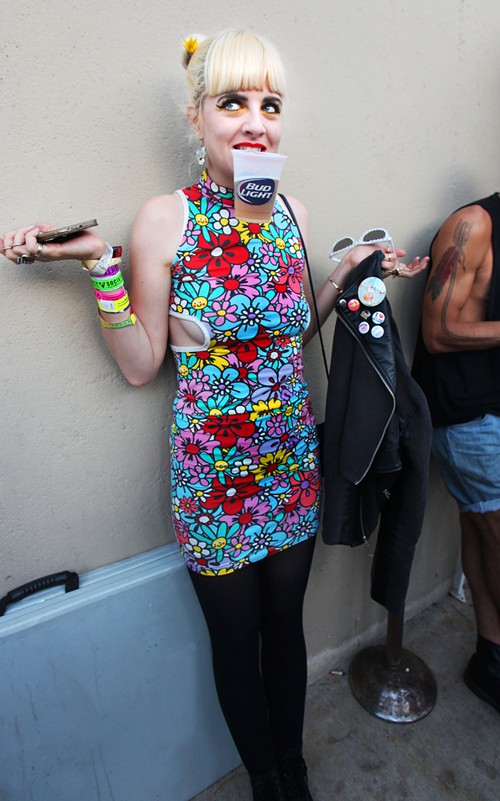 So did this lady. I love her. Kelly O 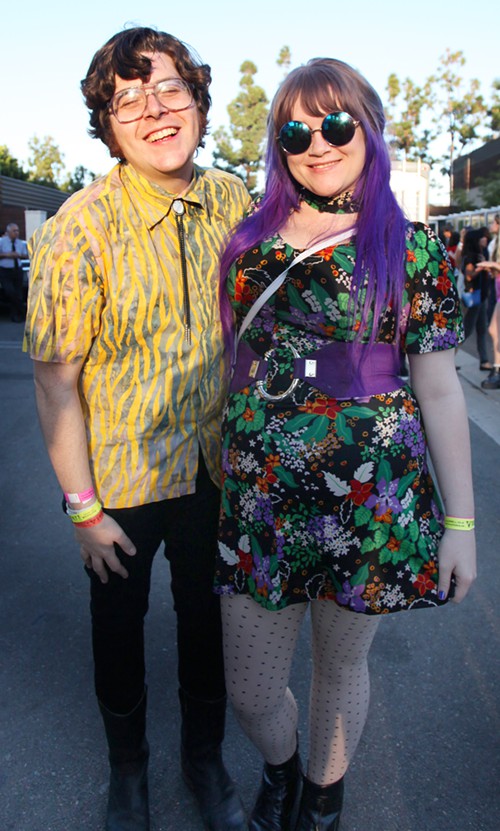 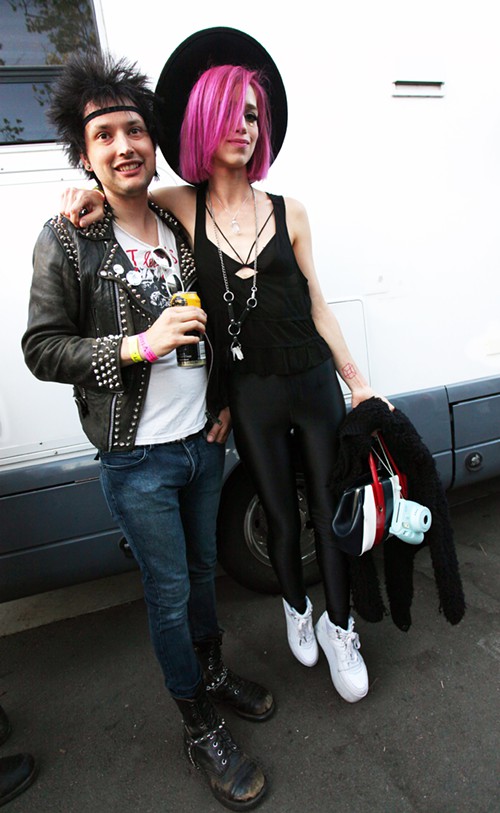 ...and the hottest pinks. Kelly O 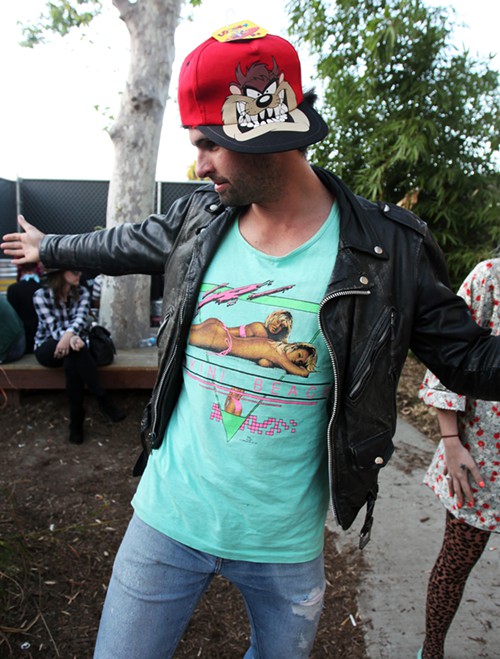 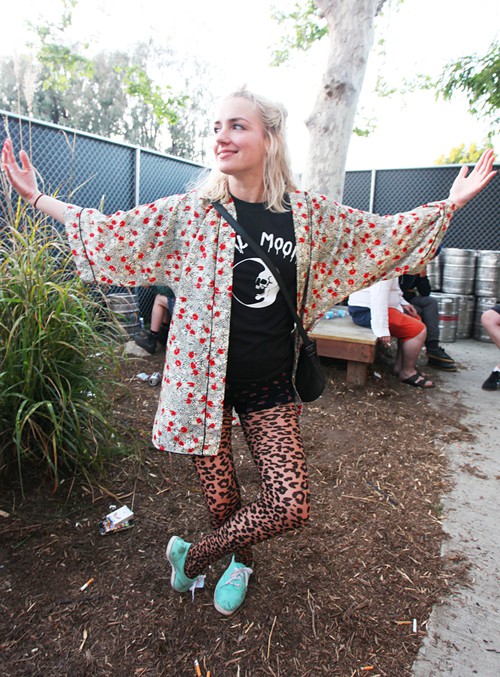 Even this Dead Moon shirt is bright and cheerful. Kelly O 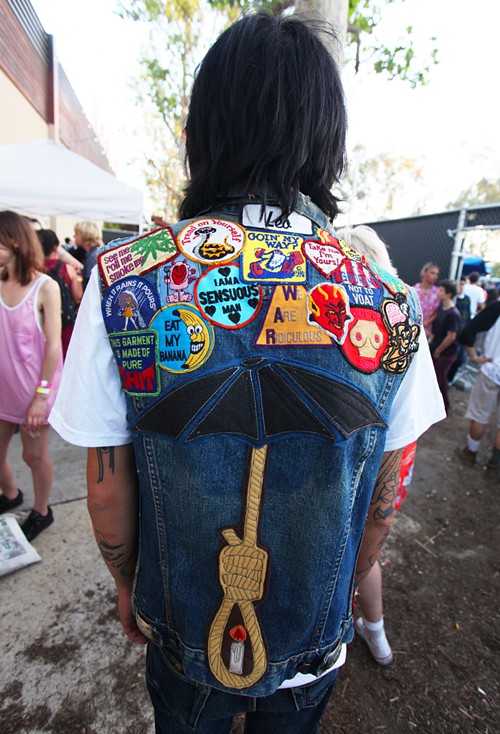 This back patch reminds me that though I love Seattle most, I also love a well-timed spring vacation—somewhere where the big ole sun is shinin'. Kelly O
More on Burgerama 4 here. And check out information about the upcoming Burgerboogaloo, July 4 and 5 in Oakland, hosted by John Waters, right here.
The Stranger depends on your continuing support to provide articles like this one. In return, we pledge our ongoing commitment to truthful, progressive journalism and serving our community. So if you’re able, please consider a small recurring contribution. Thank you—you are appreciated!
CONTRIBUTE NOW