Conversations with My Mom About Gay Conversion Therapy

1
it's amazing you had to go through that shit in the 80s and 90s. i went to a midwest Arts High School in the late 70s/80s, and many kids were out, we had teachers that were out, we even had an out trans kid. i can't imagine them passing, or imagine how they could, or image why they would. the gay kids were phenomenally popular and blazingly talented.

4
I recall being more than a little bit afraid of 'the AIDS' back then - never thinking it was God out to get us, but not quite sure if it wasn't the chemical outcome of placing your wang in the wrong kind of orifice. (Wow, such a stupid thought for a know-it-all punk).

I was straight and a little scared. I can only imagine the terror and sadness that would've been in a young gay man, being told that AIDS was more or less a certainty to their future.

8
I can also blame James Dobson for driving a wedge between me and my parents. His organization, cynically called "Focus on the Family," is the reason why I think of "family" as a dirty word. James Dobson is probably responsible for tearing apart more families than anyone else in this country.
john t on April 10, 2015 at 10:12 AM · Report this

9
As much as it was pure hell growing up gay in the South, I'm grateful in that it taught me empathy, a trait which is severely lacking in most people. I wouldn't presume to say that I comprehend what it's like to grow up black or Latino in our hateful, oppressive culture, but I sure as hell know what it's like to have politicians and religious "leaders" spout the most sadistic, evil lies about you and people like you to the rapturous applause of millions of ignorant, glassy-eyed, mean-spirited, aggressively stupid submorons.
Original Andrew on April 10, 2015 at 11:22 AM · Report this
10
I'm glad your relationship with your mother improved. I was born the same year as you and I haven't been nearly as lucky. My mother didn't need Focus on the Family to develop a vile hatred of gays, but they certainly helped push her hatred into overdrive. I was her second child out of wedlock (out of four) but that didn't prevent her from finding a place in the local church. And single motherhood didn't prevent her from shoving abstinence down our throats even though it makes no goddamn sense to anyone who looked at what was happening where I grew up.
StockBreak on April 10, 2015 at 11:33 AM · Report this
11
Thank you, Christopher, for a powerful and insightful article. So many of us can relate. I spent my teens and 20's desperately involved in "conversion therapy." I was a true believer. At 31, I had a girlfriend...but there I was, taking the elevator to the top of the Empire State Building and thinking the unthinkable. I just didn't see a way out. My truth was abominable to the Church and shameful to my family should they ever find out... While it's often called "reparative therapy," it almost destroyed me. Bryan Christopher (Author, Hiding from Myself)
BryanChristopher on April 10, 2015 at 1:44 PM · Report this 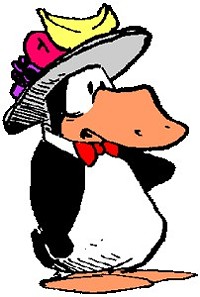 12
I am so proud of Obama for taking this stand. I appreciate your story, Christopher. My brother came out in the early 80's and my parents were horrified. They soon became terrified for his health - a fear which came true when he became HIV+ several years later. My father never accepted my brother as being gay, but my mom made a full 180 on it. It took many years, but she changed how she perceived gay people, welcomed my brother and his partner into her home, and changed how she voted. I hope plenty of parents and others who think the 'pray the gay away' approach works will realize it's a lie and stop making their loved ones' lives miserable.
The Zoo on April 10, 2015 at 2:03 PM · Report this

Gay conversion therapy is snake oil psychology. Unlike much of alternative medicine, for which if it won't cure you at least won't do any harm, gay conversion therapy kills people. IT KILLS PEOPLE. It drives people to suicide, and it should be ended.
venomlash on April 10, 2015 at 3:59 PM · Report this
14
Wow! Nolan Frizzelle’s grandson turns out OK. There IS a god.
Félix Culpa on April 10, 2015 at 10:44 PM · Report this
15
Cool story! As for the unaccepting people that says it goes against everything in the bible, well then we need to question the Bible. If God created all man kind and its wrong, then God makes mistakes? Gay people aren't mistakes, they are human beings born into the wrong body. We don't dehumanize people born with Down Syndrome. (Okay some uncaring A-Holes do) I love all people as should everyone. I am proud to have a niece, and great niece that are gay.
lisa1961shelly on April 11, 2015 at 1:01 AM · Report this
16
I grew up in Salt Lake City. moved to Seattle 15 years ago at the age of 21...4 years before my transition to live as a woman.

The living as a woman part didn't work out for me as Im as Queer as a 3 dollar bill.

I do consider myself luckier than my Gay friends I had growing up in SLC. I was lucky to be attracted to women...it made it easier to blend in. That said, I didnt fully understand what was going on in my head until I was 25...the years of confusion took a heavy toll on my mind.

6 years into marriage, and 4 kids, I transitioned while working construction in the early 2000's...it was tough here in Seattle, would have been really tough in SLC. My mom has come around, the 'spirit filled' lover of Christ she is.

I drew a line a year into my tradition, and told her if she doesnt respect me as an individual then we can no longer talk. Everything is cool now.

Growing up in a Christian home is tough for most of us. Oddly, although the big mouthed right wing Christians of America have convinced people LGBTQ rights are an affront to their Christianity, the vast majority of LGBTQ people I know are Christians...must not have been traumatizing enough for them to be told they are going to burn in hell, and die from AIDS. I learned my lesson after years of hating myself.
Shirtless In Seattle on April 12, 2015 at 8:08 AM · Report this