Conservative Groups: If We Let Gay People Get Married, Then Straight People Will Abort All Their Babies

2
Yep, invisible straws indeed...or rather: fig leaves for the "conservative" justices to put on their excuse for compelling government interest in legally sanctioned preference for OS marriages (discrimination).
AFinch on April 20, 2015 at 8:51 AM · Report this

4
They really do need to get a new hobby. Like maybe pulling the wings off flies or something. Perhaps they could start with mosquitoes and actually do some good for a change.
originalcinner on April 20, 2015 at 8:57 AM · Report this

Please explain the cause and effect to me, oh learned "professors". How, exactly, does me getting married to a man (finally, after more than 20 years waiting) cause a woman to get an abortion that she wouldn't otherwise get?

This has got to be one of the stupidest claims I've ever heard.
Reverse Polarity on April 20, 2015 at 9:13 AM · Report this
7
It's the Principle of Conservation of Marriage, Dan: there are a finite number of marriages in the universe, so every gay couple that marries deprives a straight couple of their chance to be married. No wonder they're getting abortions instead, can you imagine what that's like? I sure hope you've apologized to Bill and Ethel Widmer in Candle Rock, Illinois, whose 44 year marriage was ended when you married Terry.
Chase on April 20, 2015 at 9:16 AM · Report this
8
I wonder how those astrologers, sorry, theologians explain the fact that red states - no-gay-marriage states - have higher teen pregnancy rates.
Chase on April 20, 2015 at 9:20 AM · Report this
9
Most women who have an abortion are already mothers of other children. 70-80% depending on location. I am not familiar with the stats on how many of them are married, but know enough to speculate that this conservative theory, like so many others, is not reality based. In fact, women who lack access to birth control are the most likely to need to have an abortion. I would speculate that women who don't have sex with men at all are least likely to need one. So if the goal is fewer abortions, let's assume these conservatives would also advocate universal access to birth control and widespread promotion of lesbianism... No?

But facts never confuse the kind of academics who got their degrees fromacollege named Bob.

Degrees so worthless they might just as well gotten them out of a Cracker Jacks box.

13
As a straight woman, I would like to state that gay marriage is approx number eighty billion on my list of reasons to get an abortion. And as a straight woman, I know my own reasons better than some bloviating male. These assholes do not speak for me.
originalcinner on April 20, 2015 at 9:37 AM · Report this
15
Their "argument" looks like a textbook example of faulty/dishonest logic written to be easily picked apart by college (or even high school) students.
Righteous Sebastian on April 20, 2015 at 9:42 AM · Report this

16
Good.
TheMisanthrope on April 20, 2015 at 9:50 AM · Report this
18
At first I thought they would claim that there would be more abortions because a straight unmarried woman would worry that her baby would be adopted by a gay couple.

The real issue is equally as dumb.

19
@17, @14 - Ken's general point is not the same one that these 'conservative scholars' have made, but it is certainly almost as ludicrous. There is a superficial logic that says ALL sexual things - including marriage - in society are somehow related. So anytime a person hears about anything that seems to be an increase in sexual license - even a marriage license! - then subconsciously they feel ever so slightly freer to do whatever they want sexually and their behavior will change accordingly. In other words, this is how a society becomes more hedonistic and libertine - by degrees. But Ken - marriage, gay or straight, isn't primarily a "sexy" thing! It isn't some sort of suggestion to indulge oneself - quite the opposite, in fact.
Lance Thrustwell on April 20, 2015 at 10:58 AM · Report this

20
Oh for god's sake: I'm grading argument papers right now, papers written by college freshmen, many with truly atrocious arguments based on all kinds of fallacies and full of illogical conclusions, any one of which is heads-and-shoulders above this.
nocutename on April 20, 2015 at 11:49 AM · Report this

22
A good reason for me to get an abortion would be knowing I was pregnant with an anencephalous fetus. Without that abortion, it would grow up to be one of these "professors".
originalcinner on April 20, 2015 at 12:17 PM · Report this
23
Well, by their reckoning- no abortions at all should ever happen in Australia. Cause, no gay marriage.
LavaGirl on April 20, 2015 at 12:55 PM · Report this

24
You know what would be terrifying? If these clowns somehow managed to hijack the platform of a major political party, a party with enough influence to affect legislation, Supreme Court nominations, the US Presidency...(shudder)...good thing we're not living in such a world!
ctmcmull on April 20, 2015 at 1:03 PM · Report this

There are a few glaring problems with this argument. First off, does same sex marriage being legal actually cause a decrease in the marriage rate? Leaving aside issues of correlation versus causation and uncontrolled variables, both the rate of new marriage (marriages per 100k adults) and the fraction of adults currently in a marriage have been declining since about 1960 (source). (For reference in the timescale of gay history, that's almost a decade before the Stonewall Riots) Since being gay wasn't even accepted in those days, it's more plausible to say that a declining marriage rate caused gay marriage to become legal, since the former preceded the latter.
Secondly, does a lower marriage rate actually lead to more abortion? Despite the aforementioned decline in marriage rates, abortion has been on the decline since 1980 (source). If a declining marriage rate really did equate to more abortions, you'd think we'd have seen some sign of that in the past couple decades.
Thirdly and lastly, if same-sex marriage really did lead to higher abortion rates, you'd think that states that legalized it earliest would have seen some spike in abortion already. And yet in Massachusetts (source), California (source), and Connecticut (source), the first three states to legalize same-sex marriage, abortion rates have actually continued to decline, or even risen slightly just prior to legalization and then fallen after gay marriage was legalized. If anything, the trends suggest that the legalization of gay marriage causes abortion rates to FALL!

In short: their conclusions are statistically unsound, and any professor who subscribes to them based on their crapsack reasoning should be stripped of tenure.
venomlash on April 20, 2015 at 1:29 PM · Report this

26
Dang @7, thanks for the heads up. As a single straight woman I never realized that I was competing in the wedding lotto with gay marriage. Good to find the reason for my singleness. Tell the gays to give my wedding back right now!

Doesn't make any sense? Of course not. They're tilting at windmills.

28
So, if gay marriage is legal, that will mean more single women. Why? Because, presumably, some of them would marry gay men. Except, those single women would have less men to have sex with overall under gay marriage, since of course some number of straight guys would choose the Gay Lifestyle. Such a Gordian knot!
fetish on April 20, 2015 at 4:43 PM · Report this
29
@25:

Of course, they don't seem to be taking into consideration the fact that overall marriage rates have been on the decline in the U.S. since the mid 1970's, well before MA became the first state to legalize Marriage Equality in 2004.
COMTE on April 20, 2015 at 4:56 PM · Report this
30
Oh, for goodness sakes, it's obvious: Gay couples grab all the fabulous wedding venues, so straight women have no chance to get the church or reception hall or honeymoon locale of their dreams, so they have to wait another year to get married, then another, then another....and being single, they just HAVE to get abortions because no guy will ever support a family until he's put a ring on it!
Gay couples in California grab the beachfront locales, while straight Oklahomans keep calling and calling and never getting through to make a reservation! What's a Baptist to do?
Biologist in the stix on April 20, 2015 at 9:43 PM · Report this
31
@26: Dontcha wanna go get an abortion now? That'll sure teach them for stealing your marriage.
Chase on April 21, 2015 at 12:51 AM · Report this

34
I don't care if there are more abortions. It's not like there's a shortage of humans.
dwightmoodyforgetsthings on April 22, 2015 at 11:19 AM · Report this 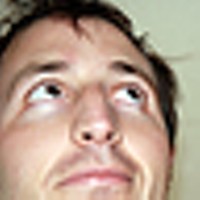 But I also DO understand the underlying mentality of those promoting ideas like this. When people see behaviors as categorized into "things that are a sin unto God" and "things that aren't", suddenly there are correlations everywhere that "just make sense" to those who innately see these particular connections.

i.e. If legally sanctioning gay marriage is a slap in the face of God's Will, people will start to think it's OK to subvert ANYTHING we think of as moral righteousness if it makes our lives more inconvenient (e.g. abortions).

Normalizing any "sin" is a slippery slope or "gateway drug" to any other kind of sin. In this mindset, gay marriage is just another in an endless series of fights against Satan's influence, a fight which we simply CANNOT LOSE for some reason, even though theoretically all you have to do is be personally righteous and then whenever you die you get endless reward, even if this present world devolves into Sodom and Gomorrah.