Three fuel cell electric passenger vehicles will be on display from 1-5 p.m. Thursday at the AC Transit headquarters in Oakland in a program arranged by Gov. Jerry Brown's Office of Business and Economic Development.

Supreme Ruler Of The Universe on May 20, 2015 at 12:17 PM · Report this
2
Hey there's a surprise, more evidence that these lifestyle activists don't stop to think about anyone else's well-being before staging their sanctimonious pageants.

No lights and no horn, and you were planning to stay out there all summer? Christ. And that's before tossing concrete blocks overboard while divers are in the water, and then expressing regret about possibly harming the underwater environment, without a shred of concern for the people exploring it.
robotslave on May 20, 2015 at 12:27 PM · Report this 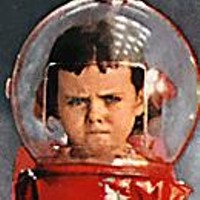 "But I took a week to hang out with my family, and more my mom, and I wanted to throw myself into something..."

And perhaps you could respond to the points raised rather than just chanting "concern troll" as if it's a magic spell that will make everyone forget how these self-aggrandizing activists are actually behaving?
robotslave on May 20, 2015 at 5:45 PM · Report this
11
Corporate apologists dominate the Stranger's comment sections- why is that?
willem on May 20, 2015 at 9:56 PM · Report this
14
@11

Well it certainly could not possibly be due to the fact that your opinion is in the minority here, could it?

I mean, it's just not possible that a majority of people who read The Stranger would believe that the lifestyle activists are accomplishing nothing beyond burnishing their own self-images, is it?

No, don't think about that. Instead everyone should all stop and think about how many of the handful of comments-posters at a fading alt-weekly are so obviously on the payroll of Evil Corporations That I Really Hate, right?
robotslave on May 21, 2015 at 12:15 AM · Report this

15
Let me guess, one of the violations is that the barge doesn't have a functioning oily-water separator.
ChefJoe on May 21, 2015 at 8:02 AM · Report this