2
We need allies who can talk "evangelical", and this guy is one of them. He'll never change all evangelicals but he will make some of them stop and think through what they're doing, and some of those will change their minds. Good for him!
NotYourStrawMan on June 8, 2015 at 2:14 PM · Report this 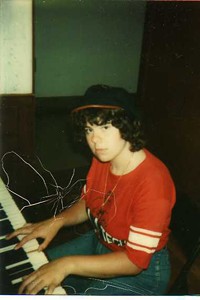 3
I think it's worth taking it a step at a time. We are asking them to bridge the gap to the idea that a committed gay couple is not an abomination. I don't think that the question of that couple's monogamy is a helpful wrinkle to throw in there. All couples, gay, straight, and somewhere in between, that adhere to a relationship model that is outside the "norm" are looked at askance by those that consider gold star, "'til death do you part" monogamy to be the be-all and end-all of a "legitimate marriage." I think we need to continue to work on that. That terrible situation in Texas a couple of years ago, when het couples that attended a swingers club were hideously harrassed, even to the point of being outed to their workplaces, comes to mind. We've got a lot of work to do to reach a point where we can have a conversation about non-traditional commitment that doesn't result in hysteria. We can't leap the gap with people that don't even want to look beyond what two gay men or two lesbians do in the bedroom to see what they have in common - love, commitment, family.
cookiemom6067 on June 8, 2015 at 2:25 PM · Report this
4
I've never been able to figure out where committed couples find the time and energy to be non-monogamous.
Clayton on June 8, 2015 at 2:33 PM · Report this
5
He sees value in monogamy. What value is that, exactly? I'm curious, because personally, I don't see how one can say that abstaining from sex with others is a value. Also, if abstaining from sex with others is a value, then the opposite must also be true: that having sex with others is morally wrong. Yet there simply is no logic in this, because sex in and of itself is neither inherently moral or immoral. The morality only comes into play in regards to how you treat your sex partner(s). Respect, commitment to whatever promise it is that you made to your partner(s), not lying to them, being kind to them, and...dare I say it? Being GGG. :)

This is my major beef with the Matthew Vine way of thinking. They still see sex as sinful, dirty, and wrong, and somehow that all changes when they have a committed relationship. How does that magic take place? Oh yeah...a god said it. I have to ask why I should be expected to even believe in their god, let alone let it/her/him/them dictate my sexual behavior, when it has no basis whatsoever in logic. We should emphatically not allow evangelicals to push their religion onto us in the form of value judgements which they want to turn into law. Matthew can use his Bible to fight theirs all he wants, but in the end all he is doing (in my opinion) is validating their belief that the Bible is what should be driving public policy. How can Matthew say they are wrong when he is basically doing the exact same thing - interpreting the Bible in a way that he feels is correct? I think we should simply drop the whole idea that people be allowed to use the Bible or any other religious text to back up their arguments in regards to any public policy. Instead, they need to be forced to use logic and reason. Which of course is what the Supreme Court is doing. Which of course, means they lose...which is exactly the fucking point.
blondegrrl on June 8, 2015 at 3:29 PM · Report this
6
Only an evangelical Christian would have to drop out of college to study what the Bible says about homosexuality. All two mentions of it.
sarah91 on June 8, 2015 at 3:31 PM · Report this
7
This guy seems really cool. He's strongly committed to his religious values, but he doesn't let that stop him from being articulate, logical, and empathetic. We need more people who are willing to take the time to understand other human beings.
TheLastComment on June 8, 2015 at 3:35 PM · Report this
8
So well stated @5! Thank you.
Beth on June 8, 2015 at 3:45 PM · Report this

9
I like how Rev. Kaltenbach is touted as a progressive pastor that caters more the millennials and the best he can do is 'evangelicals should welcome gay people with “acceptance, but not approval.”' Is this like how the KKK now "accepts" minorities?
tmplknght on June 8, 2015 at 4:20 PM · Report this
10
@5, Matthew is not trying to create public policy. He is trying to change church policy. He is trying to create a space for all people to worship as equals. If you don't believe in God, and you don't go to church, this is pretty much irrelevant to your life. But for people who find value in the Bible, this is a very big deal.

If the conservative churches stop seeing homosexuality itself as a sin, and they begin to accept that same sex couples can be accepted according to Biblical beliefs, then they will stop trying to create public policy that harms LGBT people. That will help everyone.

But it all starts by getting them to recognize that the long held interpretation of homosexual relationships as inherently sinful is an incorrect interpretation.
SeattleKim on June 8, 2015 at 4:31 PM · Report this

I respect where he comes from and what he's trying to do (because I came from the same place). But I also think that when wrestling with religion, generally, and will evangelical Christianity, specifically, you have to get to a point where you choose to either defer to your own moral intuition, empathy, and reason, or to an external authority (the Bible, the Church, etc.) You cannot do both.

12
If you bend the rules of these fictional universes too far, they can break. Like, if I say Darth Vader goes through a time warp and meets Dennis Hastert as a teenager, and that's what makes him turn evil, you'd say that's not believable, because no one thinks Earth and Star Wars occupy the same universe - even though it plainly says "A long time ago in a galaxy far, far away." The text means what we believe, even if the words plainly imply otherwise. Revisionism is futile.
Arsfrisco on June 8, 2015 at 6:26 PM · Report this
14
"you’ve got to know I tried, even exegetically through the Greek."

Sorry.... But isn't doing it "exegetically through the Greek" against Biblical teachings? And indeed still illegal in some states?

15
I like Matthew Vines, and I'm glad he's out there doing what he's doing. But I have to admit I don't 'get' his stance any more than I do those of asshole evangelicals. When you read his response to Dan, he seems all open and moderate and loosey-goosey on whether non-monogamy for gay couples is right or wrong. But how is that possible? Remember, we're talking about a guy who (supposedly) believes in the literal existence of Heaven and Hell. If you say it's just up to God to judge - well, doesn't that include everything else as well? So what's the point of talking about Sin at all?

I'm just glad I'm not in his shoes, or those of people like him. The mental gymnastics required to reconcile fundamentalist faith with being a nice, intelligent person must be exhausting.
Lance Thrustwell on June 9, 2015 at 6:08 AM · Report this
16
I think, according to the terms he's defined for himself, Mr Vines is absolutely right.

Being gay and falling in love with someone of the same gender is not a choice ... but being in a committed non-monogamous relationship is ...

He is fighting against a poor theological interpretation of a biblical passage (in the same way lawyers argue about different interpretations of constitutional documents). "Is this passage really about homosexuality? ... Or is it instead about sexual commitment." That is a perfectly valid line of reasoning. It is also one that devalues and shames those who are not in monogamous relationships (of which I'm one), but the church devaluing non-monogamy isn't anything new (divorce, virginity, etc.).

Taking issue with religious institutions on issues where there is a complete lack of choice (homosexuality) makes sense. Having similar fights on matters of preference (monogamy) makes far less. I think this fight is much more a case of: "Well, I don't like the rules of your club so I won't be joining." rather than: "The rules of your club strip civil rights from groups that should have equal representation under the law so you need to get with the friggin program and quit it."
Matchgame1983 on June 10, 2015 at 7:58 PM · Report this