Religious Right Demands That the Pride Flag Be Taken Down

3
He's right, too many have been murdered at the hands of the ruthless gays. How many more lives must be sacrificed in their crusade against outdated wardrobes and tacky interior decor?!
tmplknght on June 24, 2015 at 9:15 AM · Report this

4
Remember when the gays took up arms against the United States Government in an effort to secede and form their own more fabulous union, because they wanted to keep their right to own hetero slaves? God, those uniforms were to die for.
Banna on June 24, 2015 at 9:16 AM · Report this

6
Breitbart, proving once again that they have the emotional maturity of two year olds. What a toddler tantrum. "Mom, it's sooooo unfair! If I can't have lawn darts, then Joey shouldn't be allowed to have a teddy bear".
originalcinner on June 24, 2015 at 9:19 AM · Report this
7
Cargo cult politics.

So the other day I was speaking with an acquaintance about the Stars & Bars, and showed him some of the founding Confederate documents and the Cornerstone Speech, demonstrating the primacy of slavery to the Confederate cause. He became agitated, was uncomfortable, I told him please do more research on this and educate yourself. Offered suggestions.

Lo and behold the next day he had sent me a web page collecting quotes from primary sources saying, "It's about tariffs!" Like random British diplomats dealing with the South during the CW, a few editorials, and such, mentioning tariffs. For him this was equal evidence to what I had showed him. In his words "both sides have a point."

"I think there some of these flags flying at state buildings in CA. Won't be long it flys over the vatican" [84 up-votes. An earnest discussion over whether the current pope is gay ensues.]
blip on June 24, 2015 at 9:34 AM · Report this
9
So, people who express a desire to see LGBT's relegated to third-class status, or worse, put to death, thinks flying a multicolored sheet represents a fascist ideology? Have I got that right?
COMTE on June 24, 2015 at 9:35 AM · Report this

10
The lesson in all of this; Conservative Christians are always the persecuted victims of liberal fascism.
CC-Rob on June 24, 2015 at 9:45 AM · Report this
11
I feel like we need a new word here to describe right-wing tactics that involve claiming victimization in order to advance their agenda of victimizing others. Perhaps "Brietbarting"?
Providence on June 24, 2015 at 9:54 AM · Report this
12
It is utterly baffling why the political community that prides itself on patriotic toughness chooses to so vigorously defend the ultimate symbol of doomed treasonous losers.

For fuck sake this "country", this "glorious" Confederacy of gap-toothed yokels, barely lasted 4 years and got shit stomped into dust. They are the losers. I thought how things worked with these rightwing types was that only the winners get a say? I guess deep down right-winger really know they are delusional losers.

15
@3 and @4: I think we should dispense with the stereotypes and jokes, they just feed into the idea that it's okay to point out that gays and lesbians are somehow different from the rest of us. They're really no better than "jokes" about ghetto-dwelling welfare queens or Mexicans who spend their days snoozing in the shade of a saguaro. ("Ha ha, just kidding!")

What the recent advancements in equality for marriage and overall increase in acceptance of LGBT people has shown is that there are a lot more gays and lesbians who don't fit these stereotypes than anyone in the straight community would have ever known. My new next door neighbors are two masculine, sloppily dressed and somewhat portly guys who just happen to be in love with each other. And the rest of America should know that they, and many more like them, also exist.
Looking For a Better Read on June 24, 2015 at 11:08 AM · Report this

your new neighbors would be "bears" or "otters", and this member of the straight community has known about them since I was in 7th grade.
Max Solomon on June 24, 2015 at 11:22 AM · Report this

17
@8 - I know, right? A lot of it's like debate undertaken by Gumbys. btw, I've heard that site might have some viruses & malware floating around, be careful. 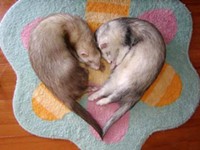 Just goes to show how different the parties of today are compared to those at the time of the Civil War; another subtlety apparently lost on most of the Rabid Right.
COMTE on June 24, 2015 at 11:50 AM · Report this
21
Breitbart has been dead for what, three years now? Yet, his hate lives on.
Brooklyn Reader on June 24, 2015 at 12:18 PM · Report this
22
@12 How timely. I read an article just yesterday arguing that once the shooting was over, the Confederates WON the war, and subsequently took over the Republican Party. I'm an outsider, but it seems like an interesting take. And explains the attitude that embracing a black president is anti-American, while embracing the Confederacy ISN'T.

Well, it only took them - what? - roughly 105 years to "subsequently" take over the GOP, and then only because Nixon & his cronies in CREEP implemented their "Southern Strategy" to actively woo racist "blue dog" Democrats into the Republican camp.
COMTE on June 24, 2015 at 1:56 PM · Report this

26
Dear Breitbart loons, please explain why the rainbow flag is flying from a dozen or so churches I drive by on a regular basis. Could it be that not all Christians are as intolerant as you assholes?
Reverse Polarity on June 24, 2015 at 2:13 PM · Report this
27
@19: Read your history. It was the southern Democrats that rebelled. Abraham Lincoln was a Republican - the original party of equality.
raindrop on June 24, 2015 at 2:16 PM · Report this

28
@27 and now both parites the exact opposite of what they were in that time. Education is a wonderful thing! You should get some sometime.
Akbar Fazil on June 24, 2015 at 2:53 PM · Report this

What's really funny is that the southern conservatives continued to ally themselves with the Democratic party, even when it was obvious that the party had become liberal. They took their hatred of Lincoln to such an extreme that they *still* saw themselves as "Democrats" all thru the FDR New Deal, thru Truman, even when LBJ was signing the Civil Rights Act.

It took until 1980, for Reagan & Lee Atwater to finally bang into their thick skulls that the Republicans were the conservatives now, and to abandon the Democrats. That's over one hundred years of being mind-numblingly stupid. That's not just dumb, that's died-in-the-wool dumb. That's "I can dive into that picture of water and swim around in it" dumb. That's "I'll kill you before I allow you to make me smart" dumb.

So, yeah, history. It's pretty fun when you actually understand it. Except by those who are totally committed to their ignorance.
Some Old Nobodaddy Logged In on June 24, 2015 at 5:26 PM · Report this
31
@30, @29, @28 - That doesn't negate what I said. Political parties have lives, they change in their platforms and constituency. I was merely setting the historical record straight, which is totally orthogonal to current politics. You have a problem with that?
raindrop on June 24, 2015 at 7:26 PM · Report this

33
The really hilarious part is conservatives are always playing that card like it's some sort of hidden secret of history, as if everyone doesn't already know that and it has any value at all as a fact in a modern debate. It's like saying, "Evolution isn't true! Check your facts! Read up on some science. There are still monkeys! Check and MATE."
Gou Tongzhi on June 24, 2015 at 9:24 PM · Report this
34
Wait, wait, Wait. Abraham LINCOLN was a... REPUBLICAN??? This changes everything! Next you're going to tell me the original war aim of the Union wasn't emancipation, or something! Mind = blown. Thank you raindrop, now I am truly enlightened!
planned barrenhood on June 25, 2015 at 12:45 AM · Report this
35
Does the rainbow flag actually fly over a government building somewhere? I've never seen that.
Lemming on June 25, 2015 at 10:18 AM · Report this
36
@34 - It was also called the "war of northern aggression" by the south at the time. Now go get a life, history hater.
raindrop on June 25, 2015 at 5:27 PM · Report this