Why Does the Police Report About Sam Dubose Not Match the Video of the Shooting?

1
There is a word for cops providing false reports and testimony, its called testilying.
Banna on July 29, 2015 at 5:24 PM Report this

2
"Black motorist fatally shot after dragging white cop down the street as he flees a traffic stop" -- we've seen this narrative before, right here in Seattle: 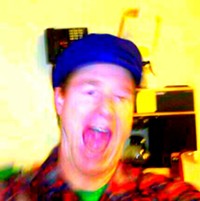 To a certain type of cop, a running engine is a hunting license.

I don't know how many police reports I've read where the officer, claiming that he was about to be run over, fired into the vehicle.

Problem is, either a vehicle is coming right at you, or it's not. If it's not, then for God's sake, don't shoot. And if it is, you're sure as hell not going to bring 2 tons of rolling metal to a stop with a few rounds of 9mm.

8
It is just as possible that the officer remembers what his (wrong) instincts told him was about to happen.

Many studies have shown that, within the mind, there is little distinction between what you have truly experienced in real life, and what you have only perceived as having occurred...

The cop is a piece of shit who murdered DuBose, but he may not be lying necessarily. Or the other cop for that matter. He (or they) might be telling the truth, as they remember it. There have been lots of studies that show the brain is not very reliable in situations like this. Under stress, it is very easy for the brain to create false memories that are completely inaccurate. That is why eye-witness testimony is notoriously unreliable.

So the cop is a murderer, but maybe not a lying murderer. He may sincerely believe he was telling the truth when he said he was dragged before shooting Dubose.
Reverse Polarity on July 29, 2015 at 8:11 PM Report this

10
Officer Kidd is going to feel like an idiot if he doesn't already. What probably happened is that he didn't get a clear look at the incident and only said what Officer Tensing told him to say, in a classic case of "cover for your buddy". And now he's going to most likely get in some fairly serious trouble (probably not losing his job, almost certainly no criminal conviction) for lying on a police report.
Sure, protect your own, officers. But protect them from violent criminals and frivolous complaints, not from their own glaring fuckups.
venomlash on July 29, 2015 at 8:18 PM Report this

13
Good Evening Charles,
The killing of Sam Dubose appears to be an unequivocal tragedy involving a rogue police officer and a likely cover-up. I didn't view the video. But from all I've read so far, Officer Tensing seems quite culpable. While he deserves a fair trial, the video is damning. It is most unfortunate for all.

That said, your last sentence "If all of this has not made you wonder about that skateboard in the Olympia shooting or the reported charging in the death of Michael Brown, you are willfully refusing to acknowledge the proof that cops do not always tell the truth.", I don't believe is necessary.

I accept the truth after careful consideration. Yes, some police officers lie. Perhaps Tensing & Kidd did. And way too many young black men are killed by the police. But again, I mention the account of Michael Brown's death while a tragedy is a false narrative. The DOJ cleared Officer Wilson. In addition, while there is no direct video of the skateboarder shooting in Olympia, it isn't comparable to the Dubose tragedy.

14
at a certain point, someone will just start killing cops preemptively
fetish on July 29, 2015 at 11:34 PM Report this

15
@13 Interesting point they just made on Chris Hayes. Out of all those murders that the cops have committed this year, the ones that have video footage all show that the cop is guilty. There is not a single instance where a cop killed someone and the video evidence justified it.

Unless there is video evidence, it is safe to assume that the cop is lying.
Some Old Nobodaddy Logged In on July 30, 2015 at 12:32 AM Report this
16
can we remove the word 'law' and 'officers' from the description and just call them enforcers/enforcement?

it's turning into a judge dredd era of policing. i can just see it, an enforcer shouting "i am the law" before blasting holes in some bodies, filing a false report and getting 2 weeks off and reveling in the fact that they 'stopped' a terrible crime from taking place. crimes like selling loose cigarrettes, or not putting out a ciggarette when asked, or trying to escape an enforcer, whose main goal is to completely fuck up your life and terrorize you for small infractions.
orgasm on July 30, 2015 at 4:05 AM Report this

18
@15: Sampling bias. If a cop shoots someone and the surveillance footage unequivocally backs up their claim that they were justified in using deadly force, it doesn't usually become a big news item.
venomlash on July 30, 2015 at 10:49 AM Report this
19
@8, 9:

While this is a valid point generally, in this particular instance the subsequent footage clearly picks up conversations between Tensing and another officer who appear to be colluding on the "I was dragged" narrative, with Tensing repeating the phrase several times and each time the other officer responding with "yeah, I saw that", as if they were trying to coordinate their stories so that they would match up. Additionally, when the second officer filed a written incident report, they embellished this by stating they noticed scuffs or abrasions on THE BACK of Tensing's uniform pants and shirt, which would be physical evidence of the dragging. The video clearly contradicts this, since at no point does Tensing every fall down, so how could he have been "dragged", as evinced by these marks? To date, I have not seen anything else that either corroborates or otherwise proves the veracity of this statement.
COMTE on July 30, 2015 at 11:19 AM Report this
20
Same story with a Seattle cop as reported again two days ago: http://bit.ly/1I55HT5. Only William Wingate luckily didn't get shot.
robertbusiness on July 30, 2015 at 11:40 AM Report this
21
@15 i dont think it makes as much impact,do you remember the guy in ravenna a week or so ago
domenic feeney on July 30, 2015 at 12:32 PM Report this
22
I watched the video in slow motion on YouTube, and the car definitely starts moving before the shooting, but the officer is not being dragged: he has his arm in the car, first apparently trying to grab the ignition, then grabbing the guy's seatbelt, and yelling "Stop" shortly before he fires. From what I can see, at no time is his hand caught in any way; it seemed to have been his decision to keep his arm in there grasping at Dubose's seatbelt for who knows what reason, and then instead of releasing decides he should shoot Dubose.

He then fell, presumably because the car kept moving (perhaps at a greater speed, either from coasting downhill or because Dubose's foot hit the gas petal harder once shot).

All this likely explains why his report is written the way it is- he knew he had the body cam, the events went down in a fraction of a second, so he presumably hoped that he could craft things consistent enough with what would be on the body cam to be plausible, and his comrades were happy to help.

(To be fair, one of the police seems to say his clothes appeared like he had been dragged, which is probably true, since he fell over, but that was after the shooting. The other cop said he witnessed the dragging, which is harder to match with events, although he can plausibly avoid punishment by saying that he though Tensing was being dragged when Tensing was actually falling, and it's not hard to imagine the timing of the shot with that being hard for even an objective witness to piece together correctly.)
madcap on July 30, 2015 at 12:38 PM Report this

24
@18, I appreciate that you're trying to be scientific about this. But if your hypothesis is correct, then there should still be some less-noted instances where a cop was recorded on video shooting a black person to death with good justification. Surely that would also be at least slightly newsworthy? The Guardian has a project called "The Counted" where they document everybody killed by the police in the US. So if you want to lend credence to your hypothesis, you should be able to give us some examples. You know, unbiased sampling. Or, should that be, sampled with your own biases?
long-time reader on July 30, 2015 at 9:13 PM Report this

25
@24: Damien Harrell, aged 26, shot and killed by York-Poquoson police officers on June 24th in Virginia. He was questioned by police responding to a disabled car on a highway median. When they got suspicious and asked to pat him down, he pulled a gun on them, whereupon an officer fired six shots, killing him. Another officer's body camera caught the whole thing.
There are plenty of dubious police shootings, but there are some that are perfectly clear-cut with no real doubt. Sampling bias stops us from seeing the uncontroversial ones.
venomlash on July 31, 2015 at 3:44 PM Report this