Federal Judge Calls The Stranger's Reporting on SPD "Inflammatory," but It's Clear He Learned from It

2
Whether you prefer to be shot six times in the face or shot six times in the back, the SPD has you covered. As a bonus, you'll get a Saturday night special with the serial number filed off shoved into your cold, dead hands. Everyone's a winner!
Original Andrew on August 26, 2015 at 5:47 PM · Report this

3
"This is a work in progress..." Really? WTF. I have seen zero reform, with the possible exception of the homeless alleged under the Magnolia Bridge murderer getting shot in the leg instead of being blasted by god knows how many bullets. I assume he is white. How many more years or decades to Seattle citizens have to wait to gain true public accountability by SPD? Given the way the "Justice" Department has let countless white collar financial industry criminals off the hook, I'm not holding my breath.

Keep up the good work Ansel.
Mud Baby on August 26, 2015 at 5:47 PM · Report this
4
One example of The Stranger being inflammatory is contained within this story. The reporter writes of John T. Williams that he was "unarmed". Here is the definition of armed, "ADJECTIVE 1.equipped with or carrying a weapon or weapons:" OxfordDictionary.com John T. Williams was not unlawfully armed, but he was armed. He had a knife. It was not possible to determine (the evidence does not exist) independently if he was acting unlawfully or threateningly toward Officer Burke. The Stranger also referred to the two men shot by an Olympia Officer as being "unarmed" even though prior The Stranger reporting of an unrelated incident chronicles, a man armed with a skateboard, murdering another. The Stranger and its reporters are free to deviate from standard definitions of armed if they wish; however, College English 101 teaches that when a writer does so, they need to redefine the non-standard usage every time. For Example, "John T. Williams was unarmed. By unarmed we mean he did not have a gun."

6
Cracks me up. Judge Robart acts like a power freak and then talks like his feelings are hurt when he notices that a huge block of ordinary citizens think he's being an unhelpful dick.

And I am soooo not impressed with the Obama DOJ on the intersection of policing and race. The just look purely political to me, with the default objective being preserving calm (ie the status quo), not achieving justice.
cracked on August 26, 2015 at 6:16 PM · Report this

7
There's certainly a new left wing war against police in this country. Luckily it's not as effective in Seattle as it's been in places like Ferguson and Baltimore. Those places are like Damascus with crack. Baltimore just had it's deadliest two months since 1972 after driving the cops out. They showed them!
Teckel on August 26, 2015 at 6:23 PM · Report this 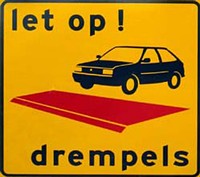 9
@6 The DOJ isn't even thinking about race. The DOJ's top priority is preventing civilian oversight and transparency initiatives from gaining any meaningful influence over any major law-enforcement agency.
Nieuw Hollander on August 26, 2015 at 11:01 PM · Report this

10
@4: Is it your pet project or something to be willfully idiotic regarding what does or doesn't constitute a weapon, deadly or otherwise, Neale? Because if so, good fucking job.
venomlash on August 26, 2015 at 11:10 PM · Report this

11
The Op sure likes to take credit for nothing he had to do with.

13
Sounds like the Judge is annoyed at being overseen himself. Congratulations to The Stranger (and Ansel)!
AFinch on August 27, 2015 at 8:53 AM · Report this
14
@5. So Ansel, rather than address the critique of The Stranger's inflammatory re-defining of the word, you change the subject. The article you link to discusses cases where someone is found without any weapon, not just the absence of a firearm. To say someone with a skateboard, a knife, or a bat, is unarmed tortures the definition of "armed." They may or may not be a threat to those around those with that weapon (e.g. John T. Williams) but that doesn't mean they are unarmed.

@10, The statutes democratically enacted for us to use as a function society or common law don't require that someone be armed for the use of lethal force to be justified. The issue is how reasonable is the perception of threat of "great personal injury". To have that discussion you first have to know if someone was armed. Next you have to know in what manner they were possessing or using that weapon, if they had one. If the attacker does not have one, then the assertion that the perception of threat was reasonable is much more suspect proposition, but it is still possible, as The Stranger lays out here http://slog.thestranger.com/slog/archive…. Which is why Ansel and The Stranger's mis-use of "unarmed" is so bad. They willfully deceive the reader about whether the suspect was armed. They willfully force the reader to skip the rest of those key details and falsely declare the person who was killed by an officer, or another, lacked a weapon that could reasonably be perceived as a threat of "great personal injury." Its a McCarthy like tactic, applied in a different context, rather than journalism with a point of view.