HOLY GOLDEN GNOME and Shanah Tovah, Seattle! Last night's Genius Awards were a blast. There's probably a pretty strong inverse correlation between how great everybody looked last night and how bad everybody feels this morning (turns out an all-you-can-drink Sparkle Donkey Tequila bar really greases the skids for a world-ending hangover), but I'd do it all over again if I could. Wait. What's that you say, my little golden gnome hangover ghost-hallucination? We have digital cameras that allow us to remember what happened through the hangover blur and indulge in sweet, sweet instant nostalgia? Hallelujah!

For those whose minds were erased by the pure joy of celebrating some of the greatest artists in this city: Here's what your memories of last night should look like. For those who didn't snag tix in time, here's what you missed. 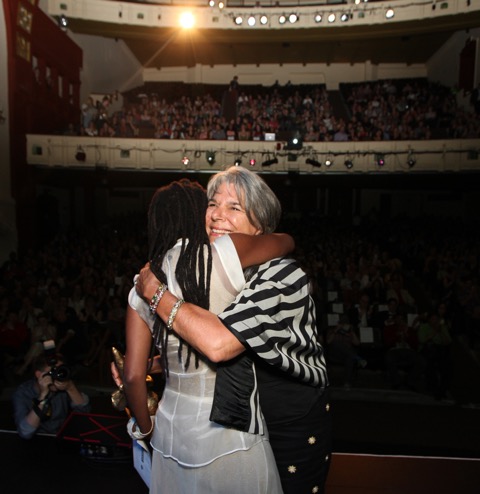 Mary Ann Peters is "known for making art tied to her family's native Syria, now Lebanon and the no-man's-land between them, a zone as metaphorically fruitful as it is visually bare," Jen Graves has written.

As she stepped to the microphone last night, she said she's going to use the $5,000 to buy plane tickets. "I'm going to buy airplane tickets to places the government doesn't want me to go," she said, to thunderous applause. And then she's going to split whatever money's left over and give it to fellow art nominees Dawn Cerny and Klara Glosova, she added. 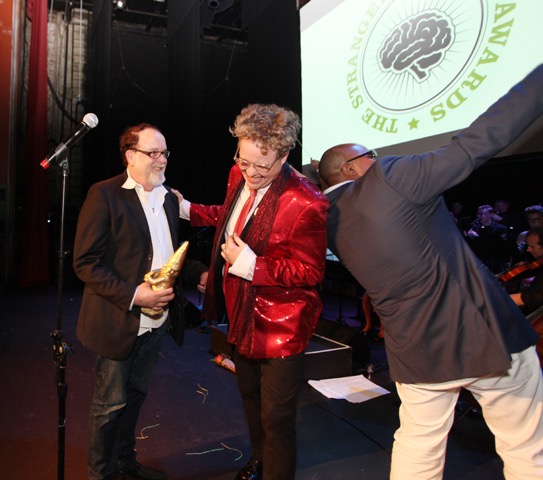 The 2015 Genius Award for Music went to producer, performer, and engineer Steve Fisk. Here he is with Sean Nelson's jacket. D’Vonne Lewis, drummer for Industrial Revelation, pumps up the crowd. Kelly O 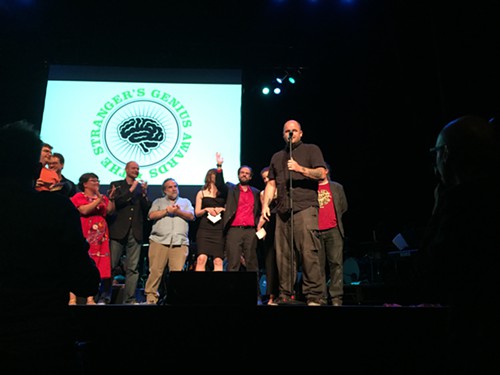 Scarecrow—the best video store ever—won the award for film. Seattle enjoys feel-like-staying-in-and-watching-a-movie weather for nine months out of the year. Without Scarecrow, we'd all be miserable and lost, watching whatever the Netflix robots tell us to watch. Kathleen Richards 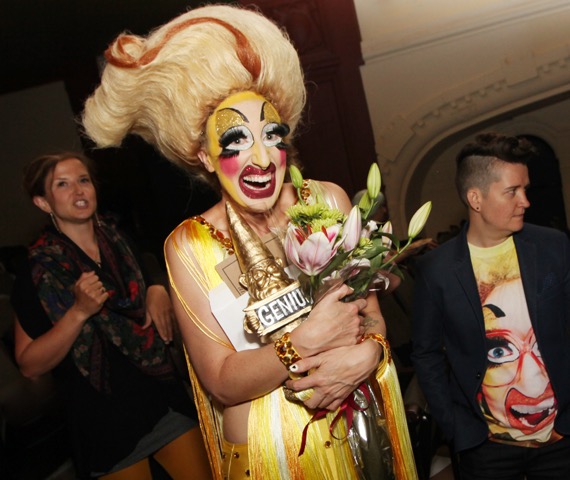 It's hard to tell which is the trophy of a golden gnome and which is the golden Phoenix in floor-length fringe the colors of her own hair. In addition to golden gnomes, each winner got $5,000 cash, thanks to our amazing sponsors. Kelly O 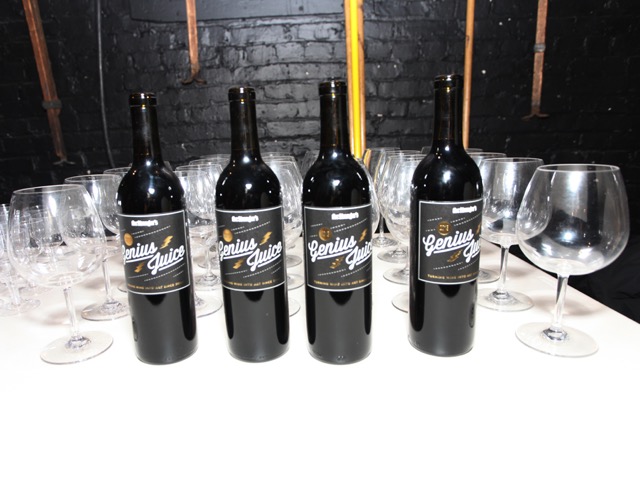 Speaking of our sponsors, this is Genius Juice, one of the many hairs of last night's dog. It was invented by longtime Genius Awards supporter Billy O'Neill. Proceeds of this wine fund future awards. Kelly O 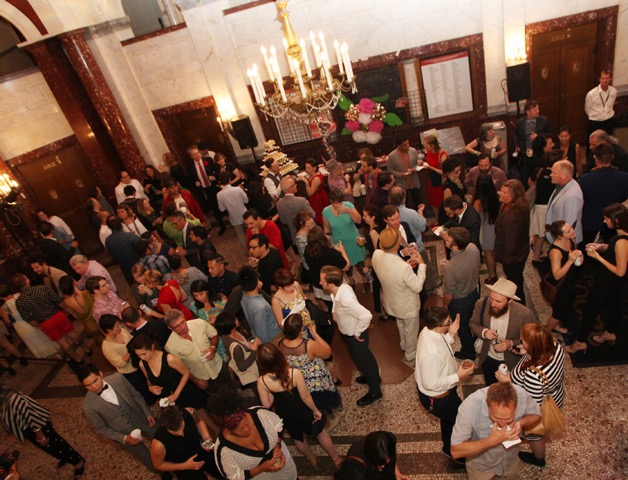 One of the great pleasures of the Genius Awards: Posting up in the balcony like you're Juliet and all of Seattle is your Romeo. Kelly O 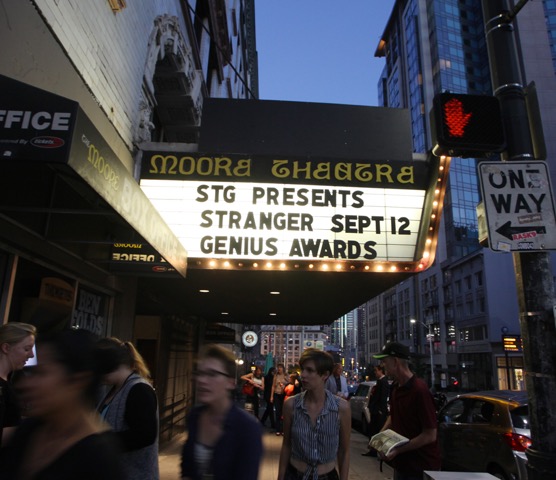 The Moore, dressed up in its sunset best. Kelly O
The Stranger depends on your continuing support to provide articles like this one. In return, we pledge our ongoing commitment to truthful, progressive journalism and serving our community. So if you’re able, please consider a small recurring contribution. Thank you—you are appreciated!
CONTRIBUTE NOW