No, We Did Not Endorse Pamela Banks or Tim Burgess

1
Just precious. Media complaining that its comments were taken out of context.
Zander on October 30, 2015 at 4:22 PM · Report this

2
"Co-opt": a pansy-ass tactic & sanctified practice among conservatives and other losers.
Call me Scott on October 30, 2015 at 4:28 PM · Report this
3
thanks for writing this ansel. sinderman = sleazy.
@1: you make a valid point but that doesn't make the move any less manipulative, which is a bigger evil in my eyes.
captain underpants on October 30, 2015 at 4:45 PM · Report this
4
To note, Rep Reuven Carlyle, in his own blog, appealed to voters to consider voting for Burgess. And then, I get an e-mail - labelled "Mayor Ed Murray" with the header, "Vote for Tim Burgess." He goes on to tell me - twice - that he "encourages me to vote" for Burgess and "support him and vote for" him.

He signs it "Mayor Ed Murray." Naturally, it came from the Burgess campaign.

It's irritating because Murray, unlike Carlyle, does ask for me "to consider" voting - he tells me too AND signs his full title. Most of the time if a title is involved, it has the additional "title added for informational purposes only."

I didn't subscribe to Murray's newsletter to get campaign e-mails.

Maybe it's just a whiff of worry in the air for Burgess that his campaign has to do this stuff.
westello on October 30, 2015 at 5:20 PM · Report this

5
" above the images of five people—people who don't actually live in Seattle, who happen to be stock photo models."

Did you actually find out where the models live to confirm it's not Seattle, or are you just presuming that ? Some models do live here.
ChefJoe on October 30, 2015 at 5:52 PM · Report this
6
The unfortunate thing is that when Pamela Banks loses this race her shady tactics is a stain that will never be removed and she'll never be trusted.

My fear is that will spill into her dedicated supporters. Politically untouchable.
Python6114 on October 30, 2015 at 6:35 PM · Report this

8
@5
That is an extremely insightful observation that completely exonerates Banks. She'd win in a landslide if she had made you her campaign manager.
seatackled on October 30, 2015 at 6:59 PM · Report this

9
So politicians are permitted to quote only certain of the Stranger's pronunciamentos? Unless published in an OFFICIAL ENDORSEMENT, the rest of it is just crapola that no one should pay attention to? Good to know.
kk in seattle on October 30, 2015 at 7:06 PM · Report this
10
There's an easy solution. Just make sure all coverage of a candidate you don't favor includes no words that could possibly be partly quoted to make them appear positive.
totally.chavezed on October 30, 2015 at 7:34 PM · Report this

11
I'm not gonna defend Banks' use of out of context quotes, but I will defend her using stock images. The quotes accompanying the stock images are real and simple economics states that it cost a fraction of the cost to use a stock image than higher a photographer, rent a studio, etc., which is why companies and other organizations the world over use stock images in this manner.

For The Stranger to call Banks a clown while defending Sawant's continuous self-promoting shenanigans is the height of hypocrisy.
I Got Nuthin' on October 30, 2015 at 7:42 PM · Report this
13
Sawant will deal with this, nationalize the media and make it illegal to report unless it is in solidarity with the workers.
CentralistSteve on October 30, 2015 at 8:38 PM · Report this

14
The stock photos in Bank's ad are unimaginative, lazy, and unprofessional but on the whole unimportant, but misrepresenting her own endorsements is shameful and kind of pitiful and speaks to her integrity.
mandyv on October 30, 2015 at 9:32 PM · Report this
16
These lowlife tactics work because voters are not informed.
Oldmesenger82 on October 31, 2015 at 9:17 AM · Report this
17
First of all, if The Stranger doesn't endorse Pamela Bankster, it must be because they don't understand the Black Experience in Seattle!

Weird, but that was the direct verbal attack on Councilmember Sawant by no less than Pamela Bankster herself!

Of course, the only Black Seattleittes I've met, to date, who have actually heard of Pamela Bankster, are all young Black-American RepubliCONs!

No, why is that soooo predicatable????

sgt_doom on October 31, 2015 at 10:21 AM · Report this
19
I really hate the "They're both just as bad." trope, but this race almost deserves it. Honestly, Banks is probably a little bit worse, otherwise SPOG wouldn't be throwing so much money at her. But Sawant is a self serving narcissist that has run a bunch of people out of Socialist Alternative for having any critique at all of her campaigns or practices. And what the Banks campaign quoted continues to be true - in her staffing she surrounds herself with white men. The District 3 council race is a farce, and the joke is on the voters. Very sad.
MsCatonic on October 31, 2015 at 11:06 AM · Report this
20
@19, whether Sawant is a narcissist or not is of no concern to a voter. Nor is what color her staff is. The only thing that is relevant is whether she, in conjunction with other Councilmembers, has achieved things that help the residents of Seattle. She has; end of story.
sarah91 on October 31, 2015 at 1:20 PM · Report this
21
You guys are the height of hypocrisy. Seriously. Grow up.
pheeeew!crack!boom! on October 31, 2015 at 1:26 PM · Report this

22
I can't believe how many goddamn Burgess mailers I've received over the last two weeks. The developers are terrified of a Grant win.
Hernandez on November 1, 2015 at 6:37 AM · Report this 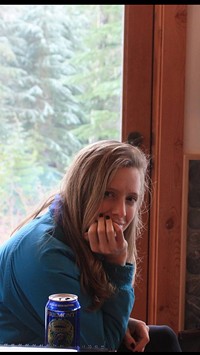 23
We give Pamela Banks a hard time for using stock photos with quotes from Seattle residents, but we don't give Kshama Sawant a hard time for evading taxes? Both are clever cost cutting moves, perhaps we should congratulate the both of them? Bet you the Stranger wishes they hadn't written this article either..

24
Jeez I'm the worst, you're missing out on a fun stranger article because I can't paste a link to save my life!