Here's What We Should Fight For Next: Buck-a-Day Bus Passes

1
Yes yes yes! More buses, cheaper fares. This is one of the best, simplest ways to improve city life for residents of all income levels. Sure it costs the city and state a bit, but you get it back in spades with more access to places of work and consumer centers. Even Republican governors and mayors should be able to see the sense of this.
Lance Thrustwell on November 23, 2015 at 11:25 AM Report this
2
Agreed.

I just caught this, but got charged for peak time fare during non-peak hour. Happened twice in one week, now that I'm watching the pass scanner. Be aware if you are a pay as you go ORCA card holder.
Marcie on November 23, 2015 at 11:27 AM Report this 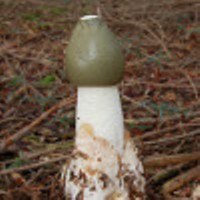 3
If we really want all the things mass transit is supposed to provide - less driving, less smog, less real estate devoted to parking, easier travel for people who can't afford cars - we should make transit systems free to use. They're already heavily subsidized.
Phallus impudicus on November 23, 2015 at 11:37 AM Report this
5
Dammit, Dan. When are you gonna run for Seattle City Council or Mayor? You'd have my vote.
Try it out for free on November 23, 2015 at 11:56 AM Report this
6
I was reading this and thinking, yeah, of course...how much seems fair? Dollar a day? Yep.
tiktok on November 23, 2015 at 11:58 AM Report this
7
The one little problem in this proposal is "tax the rich." That's a big hurdle to get over since the rich/rich-wannabes run this society (aka Republicans).
sarah91 on November 23, 2015 at 12:09 PM Report this
8
Things are getting better here, ORCA LIFT has been rolled out to offer a reduced fare to people earning 200% of the federal poverty level. As of last week ORCA LIFT is finally being expanded to include Sounder and Sound Tr… I'd like to see some sort of fare cap system rolled out for the benefit of people who can't front the cost of a monthly pass, ideally with a daily cap too.
restlessnative on November 23, 2015 at 12:15 PM Report this
9
No mention of how poorly these children behave while on public transit, often sitting three to a row, playing music without headphones, talking about drug use, underage sex, and criminal behavior?

We need to get off our lazy asses and bring the yellow school bus back, not continue to crowd mass transit with children who are unaware of the most basic civility. The other alternative (drivers stopping busses mid trip, having transit security pull people off the bus and ban them from riding) seems like a solution Metro is unwilling to take.

There is a reason school busses and mass transit are separate. We should remember that.
libertine on November 23, 2015 at 12:18 PM Report this
10
I fully agree with one exception, students should not have to pay anything to ride any form of public transportation; they should be allowed to ride anywhere at anytime at no cost. A very nominal fee for the cost of processing some sort of photo ID bus pass would be okay but that would be it. Some similar progrm could be set up for college students too.
bertha on November 23, 2015 at 12:22 PM Report this

Most of Metro's costs are around providing for peak usage during rush hour. Metro could charge only for that, encouraging people to shift their commute when possible, smoothing demand to outside of rush hour, and also making it mostly free for kids to use the bus to get to school and sports.

That capacity is nearly free to Metro anyway, just the variable cost of power, since all the other costs are sunk costs for Metro to have the buses on the road and the drivers working a shift anyway to be able to provide for service during the peak rush hour times.

So, charge nothing off peak and charge a dollar peak. That's even better than a $1 day pass. It gets people using the bus when the buses would be empty anyway and still makes the bus cheaper for people who need to use it at peak rush hour times.
geekboy on November 23, 2015 at 1:27 PM Report this
16
@14 and @15: The program will work if it's simple. Buck a day is simple. That day pass system you point to, David, is an elaborate mess. Look how many words they need to explain that monster. And your idea, Geekboy, is better. But... "buck a day" pass is simpler to understand. And it doesn't cut all revenues back to nothing.
Dan Savage on November 23, 2015 at 1:42 PM Stranger Staff
17
"For Everyone" can be twisted to sound like gentrifier opportunism-- where were you with this idea 15 years ago? The poor needed cheap transit then, too, but now the gentrifiers want cheap bus passes on top of their artisinal argh-blargh-oh-how-we-hate-them?

And as for "tax the rich..." an agreeable idea, but we've tried it and failed over and over again in the city, county, and state.

You can't just say "tax the rich," you have to say exactly who you mean by "the rich," and spell out how you're planning to go about taxing them without breaking any of our crappy local laws.
robotslave on November 23, 2015 at 2:10 PM Report this
18
Oh, and while we're agitating for lower fares, maybe we could also politely ask for bus service that continues running until the working poor are done with their shifts?

I know it's been a long time since you did restaurant work, Dan, but a bus line that shuts down at 1am is a bus line that a lot of the working poor can't use to get home at the end of the night.

And oh yeah, it also means that when the bars close at 2am, the inebriated have to either be rich enough to take a hired car home... or drive.

robotslave on November 23, 2015 at 2:16 PM Report this
19
Keep in mind we'd not only have to make up the lost revenue, but also dramatically increase capacity, especially at peak times - a lot more people are going to be taking buses if it's $1 instead of a $5.50 round-trip. You'd have to tax the rich pretty heavily to pay for that.

That's why I like @15's idea, but free off-peak and $2 peak might work even better. Like he says, off-peak capacity is basically free. We'd have better load balancing and retain some more revenue.

But it sounds like a better solution for Emily's specific problem is reducing the radius for free bus passes to students to half a mile, instead of two miles.
bulb5 on November 23, 2015 at 2:20 PM Report this
20
1.00 a day is completely unrealistic. That's less than half what seniors and disabled pay, and they also have to pay for their RRFP. At 1.00 for a 2 hour transfer and a free card students would be paying less than anyone over the age of 5.
Putting the needs of students over those of the elderly and disabled? I don't expect that kind of classism from The Stranger.
libertine on November 23, 2015 at 2:36 PM Report this

Really, Dan? Social Security as it stands is an extremely regressive system. The working class pay into it; those so wealthy they need not work don't pay in. Since wealth is the best predictor of life expectancy, the wealthy live longer and collect more out of it. The poor die earlier and collect less, if at all.

That's the type of thing that I thought was supposed to outrage progressives. But I guess forming conspiracy theories about the Republicans tweaking their handlebar mustaches and conspiring to ruin everything can make one so paranoid it blinds them to the times when they actually suggest something a progressive should get on board with.

If and when Republicans actually seek to dismantle Social Security, then oppose them. But don't jump the gun.
XiaoGui17 on November 23, 2015 at 2:48 PM Report this

26
Vienna is a great deal - it's about triple that in Hamburg & Berlin for the most common journey-length. Just looked the three up on their websites.

Dan is guilty of cherry-picking his comparison.

Besides, we've got a world class (that means 70+ year losing streak) military to support! 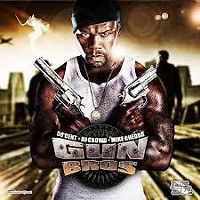 27
Great idea!
Dollar-a-day mobile hobo hotels: a perfect solution to all our problems.
Liberal_Censorship on November 23, 2015 at 3:18 PM Report this
28
Dan actually undersold our public transport. Students only pay 60€ a year for their all-around ticket (the ride to school itself is free). I'd link, but it's in German (search for Top-Jugendticket if you still want to see proof). The 365€ ticket is the default version - many people pay less, like seniors for whom it's only 224€. And @18: the subway lines run 24 hours, the busses have time limits but there are night busses as well (just have to wait a bit longer for those).
ElaineS on November 23, 2015 at 5:00 PM Report this
29
The $144 per week calculation doesn't take into account the availability of monthly passes on your Orca card. I live in the city and a $99 monthly pass gets me everywhere I need to go, even during peak times. http://www.soundtransit.org/orca
llstn on November 23, 2015 at 6:36 PM Report this
30
@20

Dan is advocating $1/day passes for all riders, so the elderly and disabled would get them, too.
ML77 on November 23, 2015 at 8:33 PM Report this
31
So what is the actual cost for providing each ride? The last figure I heard was somewhere on the order of $8/ride. So whatever a rider is paying below that is the taxpayer subsidy. Totally cool with that, but we do need to either figure out how to pay for it (in reality, not in an imaginary 80% local tax on anyone earning over $45k world), or decide to allow the bus system to deteriorate down to a price point we like. If we cut maintenance, cut driver pay, do away with programs and apps and websites, etc. we can probably bring that price per ride down considerably...but is that a bus system we want?
Chris Jury on November 23, 2015 at 9:18 PM Report this
32
@31 Cost per ride is about $4. The information is here:

In general, the idea is that drivers subsidize the cost of buses so that there are fewer cars on the road, making driving faster and more pleasant. The alternative is more cars, more gridlock, and slower commutes, which has its own substantial costs.
geekboy on November 24, 2015 at 11:33 AM Report this