1
You and your article are pretty much why Donald Trump could beat Hillary.
seatownr on December 24, 2015 at 10:22 AM · Report this

2
Yeah, YOU are responsible! *giggle*
Sandiai on December 24, 2015 at 10:26 AM · Report this
3
I would like to add my own personal hated word to this list: Solutions. This word has become very trendy in corporate America to state what business offer. For example, a construction company might offer "building solutions", it is especially popular among companies that underwrite on NPR. What I don't like is that language is supposed to convey information, thoughts, ideas and in general meaning. The use of this word of late is to intentionally be ambiguous. A company providing "transportation solutions" could be building cars, or maybe busses, or roads or nothing. They could be a design firm. I just hate the intentional fuzziness.
tedb310 on December 24, 2015 at 10:31 AM · Report this
4
You forgot to list "pen (verb)"
waffle on December 24, 2015 at 10:47 AM · Report this

5
multiple kudos for this deep dive!

6
Maybe "stakeholders" is already out of style. Not sure about that. Hope so. Stakeholder can GGF'd.
Sean Kinney on December 24, 2015 at 11:42 AM · Report this
7
Sounds like you got inspired by "Politics and the English Language" by Orwell. If not, read it asap, it is one of my favorite essays.

I have to disagree with your idea that "privilege" needs to go, because it gives poor white people an out. It may not be the words that need alteration, but your approach to it with people who can't be said to have much privilege. Don't alter language to make the rich and the poor seem the same, they aren't. Poor folks know this, and when an educated person comes and tells them different they aren't likely to listen.
White people as a whole have enormous privileges, but the well off white folks have practically the entirety of them. Poor white folks just find it easier to stay out of jail then poor non-whites. That's a big deal, but they are stuck in the trailer all the same. Lumping them together with people who enjoy far greater privileges is insulting to their hardships.
JonCracolici on December 24, 2015 at 12:00 PM · Report this
8
The privilege thing reminds me of a scene from "Hard Times".
[Sissy speaking]
"National prosperity. And he said, "Now, this schoolroom is a Nation. And in this nation, there are fifty millions of money. Isn't this a prosperous nation? Girl number twenty, isn't this a prosperous nation, and an't you in a thriving state?"
"What did you say?" asked Louisa.
"Miss Louisa, I said I didn't know. I thought I couldn't know whether it was a prosperous nation or not, whether I was in a thriving state or not, unless I knew who had got the money, and whether any of it was mine. But that had nothing to do with it. It was not in the figures at all," said Sissy, wiping her eyes.
"That was a great mistake of yours," observed Louisa.
JonCracolici on December 24, 2015 at 12:06 PM · Report this 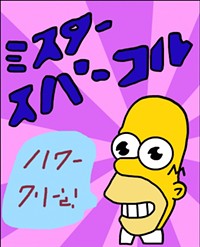 9
Problematic is Liberal Intellectual-Speak for "Wrong but I don't want to get into an argument about it and possibly offend someone." Irritating, weak rhetoric.
Foghorn Leghorn on December 24, 2015 at 12:37 PM · Report this

11
Thank you for suggesting we replace "privilege" with "advantages." Privilege has become a word used to shut down debate, a trump card to be played that allows you to attack the person rather than their argument. It is the same thing as anti-vaxxers and anti-GMO people calling everyone who disagrees with them "shills," or 9/11 truthers calling everyone "sheeple."
unknown_entity on December 24, 2015 at 12:41 PM · Report this
12
Wittgenstein! In the Stranger! I still have trauma from The Blue and Brown Books from college!!
pat L on December 24, 2015 at 12:56 PM · Report this

1) Any request to "check" ourselves, whether it be for privilege or any other thing? 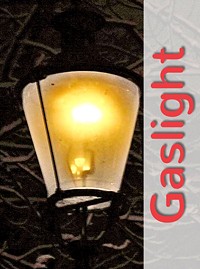 20
Maybe the association with 'semen' is too strong for you regardless, but 'seminal' is not coined from 'semen' in English, but the general Latin term for seed, cock-derived (or so they thought due to bad biology, 'pollen' would be more correct) or extracted from weed or bought from Burpees. As such, 'radical' ('of the root') might also do...but for its own associations.
Gerald Fnord on December 25, 2015 at 7:34 AM · Report this

21
@15:
The sin of Newspeak was not that it attempted to regulate thought via language, but that it attempted to do that with guns backing it up. That is to say, everyone has a right to tell you how to think so long as you have the right to say 'no'—which is not to say that there aren't more and less obnoxious ways to do both.
Gerald Fnord on December 25, 2015 at 7:41 AM · Report this
22
@21
Newspeak was a language designed to make disruptive thoughts impossible to articulate. Guns had nothing to do with it. If Newspeak was a success, you wouldn't be able to express that you didn't like the government. Dissident thought would no longer need to be actively suppressed, since no one could publicly hold those positions in the first place.
JonCracolici on December 25, 2015 at 11:17 PM · Report this
23
The words that "need" to die are the words that shall die by the well-known process of language change.
EmptySet on December 27, 2015 at 1:35 AM · Report this
24
"Ghetto" as in "That is so ghetto."
Truff on December 28, 2015 at 8:34 PM · Report this