2
You know what killed this guy?

If we hadn't provided the simple attractions of relative peace, economic opportunity and liberty, he wouldn't have been put in harms way.

He would be back in Magadishu, enjoying car-less depravity, vehicle-free tribalism and auto-less starvation.

5
@1,3 - Yes, but in America because we have so few decent & inexpensive transit options, driving drunk is relatively normal and common. If I could take light rail to the party, I could take it home, for a mere $5 round trip. Bus? cheap, but it would take hours. Cab? Quick but expensive.

Driving one's own car is the "cheap" & quick option that virtually everybody opts for, despite any potential state of inebriation late. And people take their personal car, because the city is designed to encourage car driving, and little else.

7
Good Afternoon Charles,
That is a most sad account. I read about this accident in the morning Seattle Times. My condolences to his family & friends. To be sure, drunk drivers kill all right in this country and elsewhere. But it is the same kind of tragedy no matter where.

Clearly, people shouldn't drink excessively & drive. However, I do believe the number of drunk driving accidents is diminishing with tougher penalties and greater awareness. On more than one occasion, I have volunteered to drive people home from a party or bar and to NOT drink at all. I've noticed others doing it too. I am seeing more responsibility. Simply put that was very rare 30+ years ago. Yes, the number of drunk driving incidents (lethal or otherwise) is way too high in the USA. Yes, car culture is part of the problem but I contend many Americans that drive don't know how to drink as well.
lark on December 29, 2015 at 2:38 PM · Report this 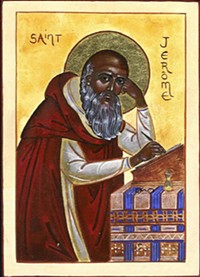 9
I think the term "car culture" is too provocative that it needs to be and it just get people riled up because the term assumes that people are making a choice and that choice is either wrong or worse "politically wrong" or "culturally wrong", and that always ends up putting people in their corners. I think a better term would be "car biased infrastructure", or an urban environment that depends too much on car driving. I've never driving a car before in my life so I depend on infrastructure to be less car based, but I would never blame (non DUI) car accidents on individual people "choosing" to drive than not, because its been my experience (or at least talking to my driving friends) that driving is less of a choose and more of a necessity, mostly created by no practical transit options where they live/work.
stjerome on December 29, 2015 at 3:01 PM · Report this

let's also not forget irony that Slog/Stranger is trying to put Uber out of business....

Careful when you social engineer Mudede, The left hasn't proven very deft with its schemes.
Zoner on December 29, 2015 at 4:33 PM · Report this

12
Driving on Aurora the other day I hit something in the road and got a flat tire. Not a huge deal, just multiple hours of my life and hundreds of dollars gone. But what scares me is what would have happened if this blowout made me lose control at highway speeds and plow into another car. I was absolutely sober and this happened, with my family in the car.

Is it worth it? The personal alternative in the suburbs is being locked in your home most of the time. In the city (at least our city), it's losing out on a few options and losing some time. But at the society level, the option is quite reasonable. We could build our world in a way that cars aren't necessary and aren't even very useful for most things. That would be a better world, and one I would prefer.

@7 Has there really been "greater awareness"? Are there people unaware that you shouldn't drink and drive?
Matt the Engineer on December 29, 2015 at 4:39 PM · Report this
13
I want to like this piece. There's so much that is true about it. Even though buses do sometimes kill pedestrians, it's not nearly as often as cars. And if more people rode the bus, there would be fewer vehicles on the road. And when bus drivers drive, they are professionals on their shift. I really do believe in transit.

BUT I am this close to switching to getting a car. Why? Because I am sick and tired of being the one person stuck alone at the bus stop with some crack head acting completely erratically. Too many times this month alone, I have felt like I was in serious danger while waiting for the bus, and I have a high tolerance for wacky and unpredictable behavior. In the last week or so alone, I've been threatened multiple times. One guy inexplicably came up to me, growled something, and SPIT on me. I was just sitting there reading; I hadn't even accidentally looked in his direction to provoke such a thing. This was during the day, so I got up and waited for the bus inside a store. Another started throwing a loud fit, kicking and punching the bus stop and started growling nonsense about how I was a psycho Jew bitch (etc, etc for several mintues until I could make a clean getaway) after I turned him down the second time he asked for money that he said was for beer. I did not work until the wee hours to buy anyone beer, except possibly me. And this was in the middle of the night, so if I missed that "rapid" ride, the next bus home would have come 47 min later. Maybe a lot of drunk driving could be avoided if some busses ran at a more reasonable frequency around last call. Slightly longer ago, I've also had issues with men who would NOT stop sexually harassing me while I was trying to walk home in my own neighborhood from the nearest bus stop. This too was at night.

Point being, yes, there are dangers of car culture because of the number of drivers on the road and the frequency of drunk driving. But there are also serious safety issues that are not being addressed for those who actually have to wait for the bus.

Other than that minor gripe, this was a well written piece, and it is truly sad that someone moved to the other side of the planet only to be killed by a criminally inconsiderate driver.
Purple Violet on December 29, 2015 at 4:56 PM · Report this
14
It's a crummy piece because Charles has a broken jump-to-shallow-conclusions-mat he apparently drags out to write articles.

Clearly something is wrong with our culture du jour and his words will strike a chord in all of us to fix it.
Amazon employee 15 on December 29, 2015 at 5:48 PM · Report this
15
"African moves to US". "The African's life". Why dehumanize him like this? Of all people, Charles, why are you writing about "Africans" like they have a singular story, or come from the same place? Someone else in comment thread assumes he's a poor Somali, but he could have easily have been a wealthy South African wine maker or something. This way of talking about a person reminds me of "the Arab" in Camus' The Stranger.
sesame on December 29, 2015 at 8:23 PM · Report this
16
CM's posts are sometimes enjoyable and thought-provoking, but none of them stand up to any degree of intellectual rigor or logical questioning. they are more like a series of his inner monologue ramblings and free association inspirations.
Cassette tape fan on December 30, 2015 at 10:27 AM · Report this