This truce is over. Joseph Sohm / Shutterstock.com

Get your popcorn popped. Get your Freedom Girls trained up. Read about Cruz taking Wall Street money to fund his Senate bid. Watch the live-stream here.

5:48 pm: Alright, we're all settling in here. We've heard the word "bloodbath" used to describe the potential tenor of this debate about fifteen times now. If Rich doesn't see actual blood, he says he's going to have a case of blue blood balls.

5:55 pm: "We really need to get a groundgame going" is basically the Republican strategy for this election cycle, according to Reince Priebus. The football season is strong with the Rinse Prince.

6:02 pm: Boeing makes an appearance in Fox’s mini-movie prelude to the debate! Everything is awesome!

6:03 pm: Republicans now get all of their “facts" from Fox News. That explains it!

6:07 pm: Ted Cruz comes out with a white flag, perhaps to tamp down the notion that THIS WILL BE A BLOODBATH: "The next commander in chief is standing on this stage," he said.

6:08 pm: We all just unconsciously started talking about something else when Kasich began to speak. Did that happen to you, America?

Oh, wait—we're opening with an attack on Obama's handling of the Iran-captures-our-sailors crisis, which lasted all of 24 hours. #GOPDebate
— Dan Savage (@fakedansavage) January 15, 2016

6:10 pm: Chris Christie gets laughter and applause for calling the State of Union “storytime with Barack Obama.” Then says Hillary Clinton “won’t get within ten miles” of the White House if he’s the nominee, which seems unlikely. Looks right into the camera with gleaming tough-dude eyes.

6:12 pm: Jeb! chimes in, says Clinton would be a “national security disaster."

6:12 pm: They're going to bring up the president's supposed apology to the Iranians over and over again. So, like, let's remember that time when George W. Bush apologized to the Chinese:

China agreed today to release the 24 detained US air crew after the US president, George Bush, said in a letter his government was "very sorry" for the loss of a Chinese fighter pilot who collided with their spy plane. The 11-day-old deadlock ended after diplomats crafted a letter intended to satisfy China's demand for a formal apology while also accommodating Mr Bush's refusal to offer one for what his government believed to be an accident. The American crew has been held on Hainan island in the South China sea since making an emergency landing there following the April 1 collision. The Chinese pilot, Wang Wei, is missing presumed dead.

That incident seems to have been stuffed down the old memory hole pretty effectively.

6:14 pm: Jeb! always looks like he's about to burp a little every time he makes a point.

6:15 pm: Marco Rubio also got the “dog Hillary” memo. So far the bloodbath's been blue.

I like the audience shots - takes the myth that the Republicans are a bunch of angry old white people...and proves it
— Bill Maher (@billmaher) January 15, 2016

6:20 pm: Trump doubles down on racism, says the Syrian refugee that Obama invited to the State of the Union "could be the great Trojan horse,” that the refugees coming in are "strong, powerful, men, and they’re young.” EUGH.

6:22 pm: Cruz responds to the New York Times report on the loan he failed to disclose: "Yes, I made a paperwork error." BUTTTTT! It's no big deal, he says. He challenges the NYT to hit him even harder.

6:26 pm: The brirther thing just got brought up. Here comes the Trump-vs.-Cruz face-off...

6:29 pm: The Republicans doing the birther thing to each other: Cruz says they're all Americans and that if Cruz isn't an American, then Trump isn't either! Trump insists there are "question marks" over Cruz's qualifications. Is Trump getting booed, through?

6:34 pm: LOL. Trump and Cruz go from attacking each other to offering one another the VP slot.

''I support Planned Parenthood privately with my personal contribution and that should be the goal of any such agency, to find private donations, '' said GOP freeholder candidate Chris Christie.

As the Star-Ledger reported on July 17, 2009, Christie, then a candidate for governor, said Sotomayor “would not have been my choice,” but that “I support her appointment to the Supreme Court and urge the Senate to keep politics out of the process and confirm her nomination.”

6:45 pm: Okay, maybe we should listen for a second. Let's see, he's giving a long soliloquy on wages and employment. He wants to implement guaranteed minimum basic income! No wait, no... of course not. Can't tell what he's on about.

6:47 pm: Ben Carson doesn't even know what country he's living in! Is he in the exo-atmosphere?

6:54 pm: Trump continues to deny facts, insists terrorist attacks wouldn't have been as severe if everyone was armed. Every time somebody makes this claim, let's just read this article and remember that guns make everyone less safe.

6:54 pm: Jeb! and Trump want to build up our mental health system, which is great.... INSTEAD of doing any common sense gun control. But still. Better mental health in America! Yes! Something that we could conceivably agree on. That's incredible, everyone.

6:55 pm: Marco Rubio wants every American to have the right to accidentally kill their loved ones. Looks like the bloodbath isn't going to happen on the debate stage tonight. Republicans are content to reserve the bloodbaths for our schools, movie theaters, and healthcare clinics.

7:00 pm: So... Chris Christie just called Obama a "petulant child." Nothing infantilizing or condescending or racist about that at all.

Everybody on stage praising the Constitution and the 2nd amendment wants to violate the 4th amendment and let the NSA spy on you. #GOPDebate
— Secular Talk (@KyleKulinski) January 15, 2016

I am loving these shout-outs to Sonia Sotomayor in the GOP debate though. Keep doing what you're doing, Sonia! pic.twitter.com/GnYtkm4nJa
— Sylvia (@thepipsqueaks) January 15, 2016

7:08 pm: "Let me talk about my experience," Governor Kasich says. Everyone in the crowd begins to nod off and dream of killing "bad guys with guns," but then immediately they jump to attention to applaud when he mentions that he worked with the dead GOP racist Strom Thurmond.

7:13 pm: Commercial break. About that attack on New York from Cruz...

And one more thing: Do you get to say "New Yorkers are garbage people" if you're a Cuban from Calgary?
— Bill Maher (@billmaher) January 15, 2016

"This next question is for... Jorm.. Carsticks?"

"Haha come on Jorm, does it really matter?"

7:20 pm: Some dude in the audience yells out, "Yeahh!" as Trump doubles down on his Muslim ban.

7:23 pm::So weird when Bush is the rational one in the room. About Trump's Muslim ban, he says: "You cannot make rash statements.... This is a signal of weakness, not strength."

7:25 pm: They’re all talking about how Obama has gutted our military, how weak we are, how vulnerable. Just for the record and shit: 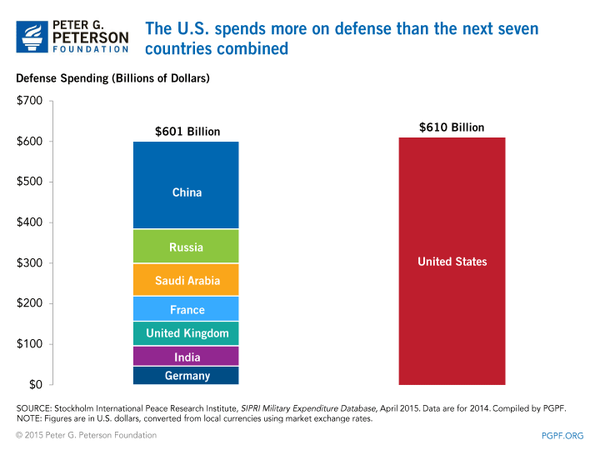 Trump can't see it, but his novelty is wearing off. It's suddenly 1991 and he's still hair metal. Beginning of the end. #GOPDebate
— Patton Oswalt (@pattonoswalt) January 15, 2016

7:27 pm: Rubio just said that if he doesn't know who you are and why you're coming into this country, then he's not letting you in.

We will not end terrorism with fear, nor closed borders, nor bombs. #GOPDebate
— Rep. Alan Grayson (@AlanGrayson) January 15, 2016

Can't take much more—you would think after being gay for three decades I would've conquered my gag reflex long ago. But nope. #GOPDebate
— Dan Savage (@fakedansavage) January 15, 2016

7:40 pm: These moderators are chumps. Why are they even there? This is a food fight. What if China was the moderator? China. CHINA. China.

7:42 pm: Let's not forget that Trump's economic policies would be a "disaster" for the US economy, sez experts.

7:46 pm: In response to a question about... actually, I can't remember what the question was about because my brain liquified and ran out my ears. But Donald Trump, in response to a question about something or other, dropped this into his answer: "The police are the most mistreated people in this country." Tamir Rice, John Crawford III, Eric Garner, Sandra Bland, Samuel DuBose, Bettie Jones, Quintonio LeGrier, Freddie Gray, Walter Scott, and Laquan McDonald were all unavailable for comment. Oh, and this happened today:

The city of Chicago released a video of another police officer killing an unarmed black teenager three years ago, after giving up a lengthy legal battle to keep it from the public eye. This time, the teenager’s name was not Laquan McDonald but Cedrick Chatman. The grainy video shows the 17-year-old Chatman fleeing the police before he is shot by Officer Kevin Fry. It’s hard to tell what happened next, but according to Chatman’s family’s attorney, Cedrick falls to the ground, is flipped onto his stomach, and is handcuffed. Fry presses his boot into Chatman’s back. The teenager died a few hours later.

The police are the most mistreated people in this country.

7:47 pm: And now, bridges. An infrastructure denouement. Chris Christie takes the floor and doesn't once mention that he had his crew orchestrate a traffic jam on a bridge. And nobody calls him on it. STRANGE.

7:49 pm: I can't tell if the screen is freezing or Ben Carson is falling asleep.

7:49 pm: Rubio and Cruz bring up Saint Ronald Reagan, who, were he actually up on that stage, would be attacked as a damn fucking liberal on immigration...

7:54 pm: Rubio wants to "break the Washington cartel" and abolish the IRS.

7:57 pm: Kathleen would like you to know that this is how she's feeling: "Pfffffftttttfffftttttpppppfffftttttttttt."

"My watch can’t be talking.” Jeb Bush receives a call on his Apple Watch and gets confused. #technologyishard
https://t.co/BW4FTa9yfI
— USA TODAY (@USATODAY) January 13, 2016

8:04 pm: Trump says he'll stop caring about ANYTHING except this country if he becomes POTUS. China.

8:06 pm: Gotta say, Trump knocked that one outta the park. Says he wants to do for America what he did with his company, and that he'd totally set aside his company for the job, and he oozes confidence and authenticity while he's saying it. Fuck you, Trump! Suck more.

8:10 pm: Holy shit! Rubio pulls out the knives in the last five seconds and dumps all over Cruz, says like 15 million critiques in that boyish, rapid-fire fashion for which he's known. The slaughter is happening. They waited til the end. Of course they did.

8:14 pm: Fox News has a word cloud, y'all, based on their "Facebook research" to show what the people are talking about on the social medias. JOURNALISM! "Islam" is one of the biggest words.

8:14 pm: Collective "awwwww" in the room when Jeb! complains he hasn't gotten a question in a while. He said he needed to get something "off his chest."

8:27 pm: And, we're done! Cue patriotic battle music! We all feel exactly like this:

Takeaways from the Stranger Debate Between Sherae Lascelles and Frank Chopp

Slog AM: 90,446 US Cases in a Day, Fremont Tea Shop Allegedly Being Trumpy About Virus, You Already Have a Halloween Mask