Dwarves in the Back of the Bus 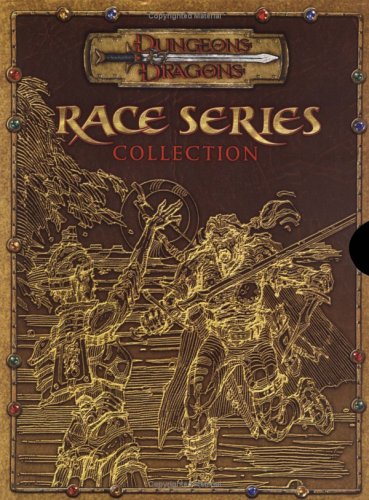 This guy writes a long post about racism and Dungeons & Dragons.

Examining the literary influences of D&D might be in order. Particularly, RE Howard and HP Lovecraft are hardly seen as progressive icons in literature, you know? Yet what impact do the racial attitudes of the authors have on their work and the message it sends? Lovecraft, he who owned a cat named, and wrote a character with a cat named, “Nigger-Man,” (Rats in the Walls) is an interesting study of race in literature. Blatant racism abounds, but changes over time; see the identification with aliens in At the Mountains of Madness. But the greater point of Lovecraft’s mythos writing is that humanity is insignificant in the face of the greater universe, and that to become part of that greater universe or to even become aware of it means breaking away from the ability to live amongst normal human society. Whitey as well as everyone else would be swept away into the cosmic madness. I would also argue that the racism in his works actually makes them work better as horror stories as a modern reader surely feels much more uneasy reading certain stories than people would have upon their original publication.

There is much, much more, including Tolkien and race, the Midwestern and euro-centric genesis of the game, and the actual in-game rules for racism in Dungeons & Dragons. You should read it.

Comments 23
Tags: Books Blogs
The Stranger depends on your continuing support to provide articles like this one. In return, we pledge our ongoing commitment to truthful, progressive journalism and serving our community. So if you’re able, please consider a small recurring contribution. Thank you—you are appreciated!
CONTRIBUTE NOW