A Mini-Rant About Seattle Bookfest 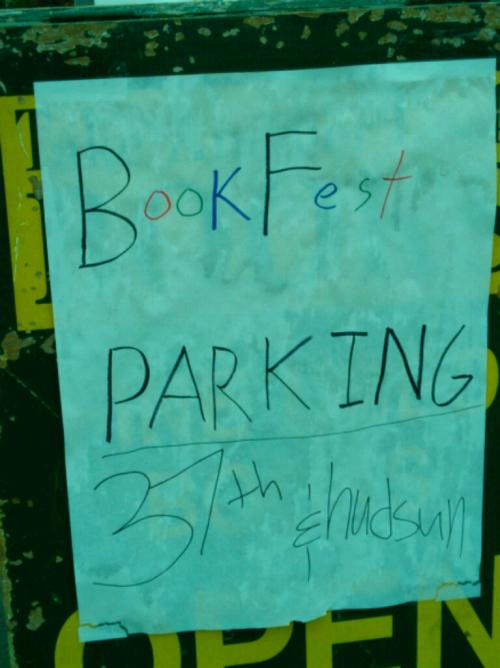 So, yes. Some bloggers are calling this past weekend's Seattle Bookfest a success. Lots of them have used the word "funky." Some of them called it "wonderful".

I have no doubt that the (few) people who attended Seattle Bookfest this year as visitors had a lot of fun and enjoyed themselves. But it was a disaster for many of the exhibitors. I talked to a few people who were near tears because they spent money for a booth at the Bookfest and didn't earn back their table fees in sales. I talked to authors who were annoyed that they had fewer people at their readings than they do when they read in town at any other time. I just talked with a publisher who said it was probably the saddest book-related event he'd ever attended, and this publisher has been around for a long time.

This is what I think: The organizers of this Bookfest were downright irresponsible. In 2009, of all years, to ask bookstores to lay out money and extra employee hours for an event and then to produce the terrible attendance of this Bookfest is a goddamn travesty. Nobody in publishing has any extra money this year, and if the producers of this event were honest about what it really was to the exhibitors—a Columbia City Book Festival—I bet half of the people who took part in this year's Bookfest would have opted out. If you had any stake in this thing—if you were an author or an exhibitor—the odds are very good that you put in way more than you gave out. It's a testament to the exhibitors that none of that stress showed to the people who attended Bookfest. But somebody has to call it what it is: An ill-conceived mess.

Comments 25
Tags: Books Blogs
The Stranger depends on your continuing support to provide articles like this one. In return, we pledge our ongoing commitment to truthful, progressive journalism and serving our community. So if you’re able, please consider a small recurring contribution. Thank you—you are appreciated!
CONTRIBUTE NOW