How Do You Autograph an Ebook?

1
Or how about some ironic iconography in the form of bookmarks with the proper cover of the book on them?
Baconcat on January 5, 2010 at 2:39 PM Report this

2
or how about we get over the idea of glorifying autographs & photos with people of interest?

you didn't really "meet" the famous person.....you don't deserve that credit.....that is, unless you had dinner with them or spent the day in their company

autographs are in the same category of religion....its all just bullshit.....the pope, your favorite author, that guy's favorite band.....they are all just people, get.over.it
Andy_Squirrel on January 5, 2010 at 2:47 PM Report this
3
Levitt and Dubner signed little stickers that you could put into your copy of Freakonomics, in lieu of actually signing books when doing so was difficult (I've forgotten all of the circumstances - oh here we go).

Anyway could something like this work? Instead of putting the "bookplate" on the book itself you would keep it . . . somewhere? Maybe in some kind of album, the way some people keep wine labels? Then the Kindle could maybe have a transparent sleeve on the back so that you can display a signed bookplate (this is similar to a proposal from Matt Yglesias). This way you can let people know what you are reading (or at least a book you have enjoyed in the past) on the bus or whatever, which can be a good conversation-starter.
minderbender on January 5, 2010 at 2:49 PM Report this

4
You only need a couple--'cause you can wash 'em off and use 'em over again.
Timmytee on January 5, 2010 at 2:50 PM Report this
5
Actually, the more I think about it the more I like my idea. You would be able to download and print out "bookplates" from Amazon's (or whoever's) website. They would go in a transparent sleeve on the back of your Kindle, allowing you to let the world know what you are reading. At readings, the author could sign these bookplates. You could then keep them in an album if you want, or whatever. If you manage to get the bookplate signed before you read the book, you will be able to show off the fact that you met the author.
minderbender on January 5, 2010 at 2:52 PM Report this

6
Another reason to put an end to the ebooks now, before they destroy our culture.
Cracker Jack on January 5, 2010 at 2:57 PM Report this
7
And if Amazon designed the website properly, they would be able to get a rough tabulation of the printouts of bookplates. This in turn would let you compare the sales numbers with the bookplate numbers, and you would be able to see which books people want to be seen reading vs. which books they actually want to read.
minderbender on January 5, 2010 at 2:57 PM Report this
8
If only someone could think of something that you could, I don't know, carry around with you when you expect to meet famous people, so that you could, gosh, maybe, keep track of their autographs all in one place, and, hmm, maybe, like put it on a shelf, like with your books.

Maybe something, hey, here's an idea, that's a lot like a book, but with blank pages in it so there was a place for autographs. And, oh, oh, oh, another idea, maybe, like actually print "Autographs" on the cover, so you know, you could remember what it was for.......

You autograph the bookplate that you get when you buy it at the bookstore - the one that affixes to the BACK of your eReader and tells everyone that you're a cool literate guy/gal who is eReading the latest book by Purple Mark, Do Dreaming Gods Lie?, thus allowing the goth chick sitting next to you at the park to initiate conversation.

Did you guys forget what half of the cool book experience is?

(source: New Yorker article last new years, google it yourself lazybones)
Will in Seattle on January 5, 2010 at 3:10 PM Report this

13
and yes, you PAY for that cool bookmark, cause only cool literate dudes and dudettes care enuf bout reading to do that kind of artsy thing, knowing half the proceeds from the bookplate go back to the AUTHOR not the corporate CEO that sold you the electrons back in China.
Will in Seattle on January 5, 2010 at 3:13 PM Report this
14
Jesus, Will, it's not even four o'clock and you're drunk?
Fnarf on January 5, 2010 at 3:22 PM Report this

15
How do you say I miss you to an answering machine?
David Schmader on January 5, 2010 at 3:23 PM Report this
16
An autograph is nothing more than a token or a memento that, at one point or another, the owner of the book/ticket/piece of paper had a meeting of some kind with the author/actor/musician/singer that one time.

It can be kind of silly and kind of sentimental and it's done for the same reason that you see tourists get their pictures taken at Pike Place Market or by the Space Needle: it's tangible evidence that something happened. The reading was lovely, the concert was grand, and then there were these 30 seconds where they got to say hi and say that the book was amazing and then they went home.

That's where the real value comes in. Not the ink or the scrawl (look at the anger at Margaret Atwood's remote signature machine) but the experience and the contact. Telling me that I can download a PDF from Amazon doesn't even come close.
Chris B on January 5, 2010 at 3:32 PM Report this

17
or just sign the back of the kindle. if their autograph is so precious and meaningful to the reader, why not?
josh on January 5, 2010 at 3:39 PM Report this 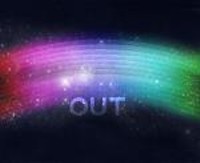 18
It really doesn't seem like rocket surgery to combine digital signature technology, which already exists in those machines you sign when you get a package from UPS or FedEx, with some sort of way to sync to your reader so that the autograph applies itself to your book. The problem, of course, is compatibility. A book is a book. A Kindle is not a Nook is not a Sony Reader.

That said, an autographed book is a collector's item. If you're so attached to the idea of an autographed book, get a paper book for the writer to sign. It doesn't have to be how you read the book. This argument is like "but how do I collect 23 cent stamps when we don't use those anymore."
Sabotage on January 5, 2010 at 3:49 PM Report this

19
So getting books signed is why people go to readings? I've always wondered.

These poor authors - a book tour is bad enough, but sitting through a book signing? That can't be something you'd voluntarily do sober. Imagine the booze it would take to politely sign a a bunch of Kindles.
Free Lunch on January 5, 2010 at 3:53 PM Report this
20
I attended a reading a few years ago for one of Neal Stephenson's Baroque Cycle books, and while sitting in the seats, waiting for the line to go down, I leaned over to my friend and said: "Watch, I bet this guys gets neal to sign his hard drive" (the guy had his computer & hard drive in his hand, no sign of book). Sure enough, Neal Stephenson signed the hard drive.

Yep. It's the experience.

In the rare and collectible world, there are various factors that raise the value of a signature; some of them are: is the author dead (won't be signing any more books); is the author finicky about signings in general (therefore doesn't do many-- Delillo, Cormac McCarthy, Pynchon); is there some ephemera-related aspect (doodles, stamps, dedicated "to Alfred Hitchcock."). And inevitably, trends fade-- trying to sell a signed Da Vinci Code right now is like trying to get universal Health care...
Vlad on January 5, 2010 at 4:50 PM Report this 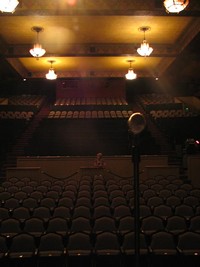 26
This is kind of the ultimate question of new media, isn't it?

Up until recently...we would acquire things that entertain us in order to have them...books, albums, videos, magazines, photographs...not just to experience them once and then discard, but to collect...to display...to offer a physical representation of the things that we liked...the people we were (or, at least, wanted to project ourselves to be).

The fact that something was autographed was in some way an added level of authenticity (even if it was simply purchased that way...)--that we had something special, so we might actually be someone special...

New media says "you can have anything you want, whenever you want it...so there's no point in keeping it in any tangible form."

In this way of thinking--all entertainment is stripped down to that moment's experience...like a meal. "What's the value of a meal after you've eaten it? Why would anyone want to keep a memory of a meal around forever...SO, what's the value of a book once you've devoured the contents of it... ? Especially considering, that book...or that album...or that movie...is available to you again, if for whatever reason you'd want it again, at the snap of your fingers?"

We've devalued the ownership of our entertainment. As someone who is proud of his music collection, his book collection, his movie collection (etc.)...I think that something has been lost. To those who never felt they needed to define themselves by what they've managed to collect from entertains them...they won't care.

The future, where everyone has access to everything so anything in particular has little particular meaning, has no need of autographs.

Suddenly, I feel like the old hermit in dozens of 1970's era post-apocalyptic movies...still clinging to relics of the past an having to explain their value to bemused children of the brave new world.
pg13 on January 5, 2010 at 9:27 PM Report this 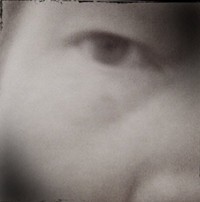 27
This is yet another example of how ebooks are mostly technology for technology's sake and provide no appreciable advantages over the previous technology while introducing many drawbacks. The only reason to put a piece of written word into an electronic format is so that you may interact with it in ways that you cannot with the print version. I don't see that happening with any of the current ebook readers.
Mike Smith on January 6, 2010 at 10:57 AM Report this