1
Why send a press release and draw more attention to the mistake when they can just contact the affected customers directly? Especially when the people already drawing attention to it will advertise the correction for them?
lilzilla on March 10, 2010 at 6:36 PM Report this

2
Their letter implies that some people got the books at the erroneous price. I wonder how many they actually sold before running out.
josh on March 10, 2010 at 8:13 PM Report this

3
I'm starting to a-wonder if this is being caused by some nefarious hacker out there.
Keekee on March 10, 2010 at 8:22 PM Report this

4
according to slashdot, if you ordered MORE than one you will probably have one (but no more) shipped to you.
Will in Seattle on March 10, 2010 at 8:36 PM Report this 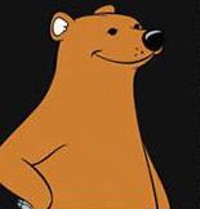 5
Although I wish I would have gotten those books for cheap, I can't complain about the free $25 I still got out of the deal. Money for nothing is alright with me.
Jeff Kirby on March 10, 2010 at 9:02 PM Report this
6
I can cancel my order before it ships, guess Amazon should have the same right. I mean it would be one thing if they wanted me to ship it back.
giffy on March 10, 2010 at 9:04 PM Report this

7
Why would anyone who didn't order one of the books care that much? Amazon knows exactly who was affected and could easily contact each of them directly with no overlap with those who were unaffected. What role would a sloppy broadcast medium play?
elenchos on March 10, 2010 at 9:08 PM Report this
8
It's pretty obvious the issue wasn't with Amazon, but with Diamond Distributors, who uploaded some bad data into their data feed when updating their catalog listings. The exact same thing, to a lesser extent, happened with Barnes & Nobles' site tonight with some of the exact same products. And now, Amazon has gone as far as removing all the Buy buttons from any products being distributed by Diamond from their site until they can audit and fix the error. Which basically means that comic publishers as large as Marvel, and as small as Top Shelf, with a whole host of other publishers in-between who use Diamond as their primary book distributor, are not able to sell any of their products from arguably the largest online retailer. Can you say 'Clusterfuck'?

(Meanwhile, I imagine DC executives are breathing a sigh of relief that they use Random House as their distributor, as none of their products have been affected.)

What the fallout will be, who knows. I imagine Amazon is going to make Diamond pay in some manner for all those $25 gift certificates that they are handing out to appease people. And who knows, maybe we'll begin to see some publishers end their exclusivity with Diamond in order to avoid a future fuck-up of this scale.

on March 10, 2010 at 9:58 PM Report this
9
"wish that Amazon, somewhere along the way, had commented to the press (anyone in the press) about the issue instead of maintaining their usual stony silence about this. What the fuck is up with them?"

10
@8 Exactly what it sounds like to me. This happens all the time with metadata in audio feeds.
Paul Pearson on March 10, 2010 at 11:11 PM Report this
11
Press release for a pricing error? Your idea of news is strange to me. They gave away free $25 gift certificates on an obvious pricing error. That's more than reasonable. Paul, we all get it. You don't like Amazon. You'd think Amazon dumped you and broke your heart. Let go and move on. The rare times you don't speak negatively about this company seem strained. A press release including their resolution would only make them look good. As for the mention of Amazon being hacked in a previous comment. That's a doubtful scenario. Paul, read over your posts before you upload them. I've been making more of this same effort before sending emails and it helps.
on March 11, 2010 at 12:03 AM Report this
12
not to invoke "fight club" rules here, but the discussions on several of the deal sites are blaming the posing to deal sites as the reason that the deal got yanked.

let's say that you find a certain spot on the sidewalk that dispenses $20 bills. you hang out for a while and collect as many Jacksons as you can, and then tell a few friends. Your friends and all of their friends show up to collect free money (heavy discounts), so of course it's going to break.

MONEY FOR NOTHING AND CHICKS FOR FREE.

jennam on March 11, 2010 at 2:59 AM Report this
13
They should be happy they are getting the $25. Anybody old enough to have a credit card who is still reading comic books should be shelved in the defective bin and sent back.
ratcityreprobate on March 11, 2010 at 6:39 AM Report this
14
A mistake happened. Amazon contacted the people affected. Gave them an apology and a gift certificate. Sounds perfectly reasonable.

Unless you're a blogger who despises Amazon and takes every opportunity to beat it up. Then you keep pounding away, trying to create a controversy where none exists.

And then you wonder why Amazon won't return your phone calls.

15
Meh, these things happen all the time. You can't expect every online retailer to hold a press conference every time there's a pricing glitch.
T on March 11, 2010 at 1:31 PM Report this