Literature Got Drunk and Crawled

On Friday night, over a hundred people took part in the APRIL festival's Lit Crawl, which started at 8 pm and ended in the way that all good Friday nights do: in the harsh light of a parking garage, stinking of cheap beer and cigarettes at around one in the morning. The reading included a whole bunch of local talent, from those we all know well (at Bluebird Microcreamery, Stacey Levine read a story about a rabbit and the many names of God, and Doug Nufer pulled apart a bartender's vocabulary until it sounded like a whole new kind of language) to those I'd never seen before (at Bluebird, Richard Chiem told stories about women—one of whom was kidnapped, and one of whom was Ellen Page; at Arabica Lounge, Diana Salier read apocalyptic science fiction poems that even haters of poetry had to love).

It was so much fun to see the Lit Crawl move from venue to venue, and to watch the idiosyncratic ways that venues welcomed the readers and their fans—Piecora's opened up their strange upstairs balcony for Greg Bem's Twitter poems and Jamey Braden's neurotic delivery, Kate Lebo read about pie at Arabica Lounge with the gaudy neon of Amante Pizza smearing the sky behind her, Sarah Galvin told a heckler to take his shirt off at the Crescent, and Tara Atkinson read an essay about the variations on Burger King's Whopper sandwiches while being pulled in a wagon from Piecora's to Arabica.

People came and went all night, but the fifty people who hung on for Ed Skoog's climactic reading were in for a real treat. The crawl was supposed to end in a studio apartment, but there were way more attendees than expected, forcing the whole reading down into a below-ground parking garage. It looked kind of like Fight Club down there. Skoog called it the "apex" of his career, and said he was living, for one night, in the Seattle depicted in Peter Bagge's Hate comics he read as a young man in Kansas. The readings went from the sacred to the profane and back again, meandering around the city, being welcomed and being looked at funny. It was really something special, and attendees were excitedly blurting how events like Lit Crawl should happen every weekend, in neighborhoods around the city. I've never really seen anything quite like it. 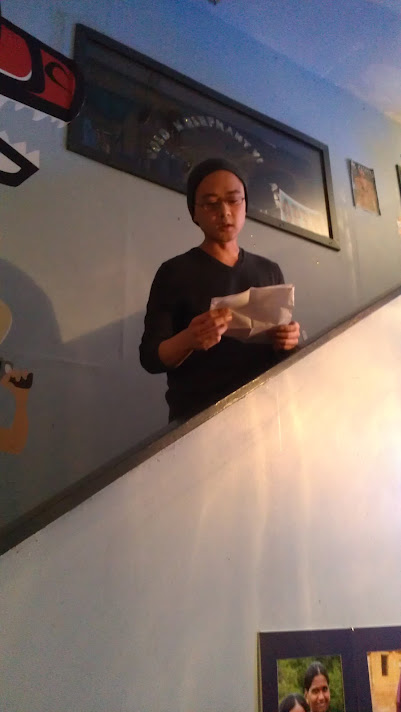 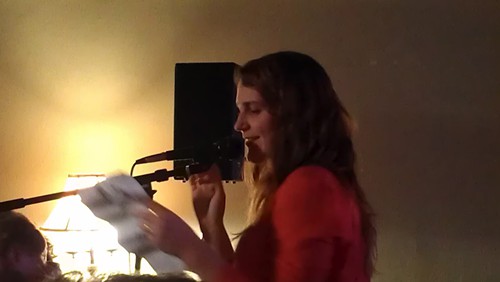 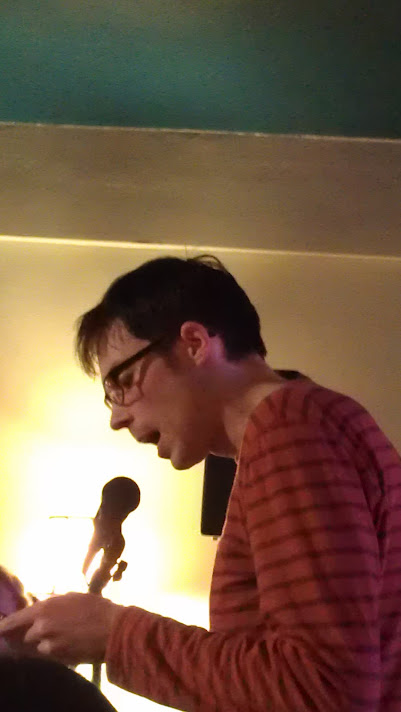 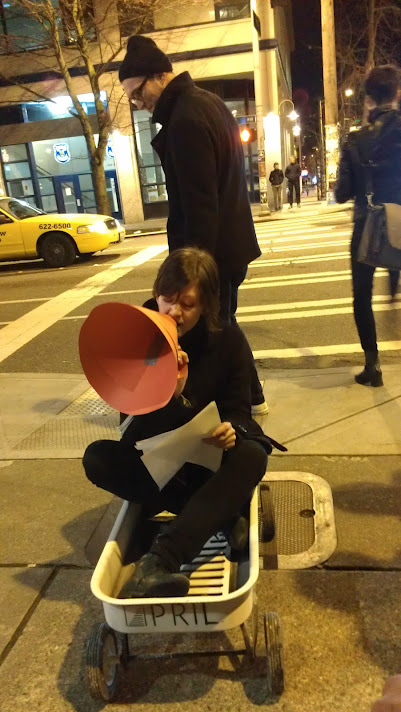 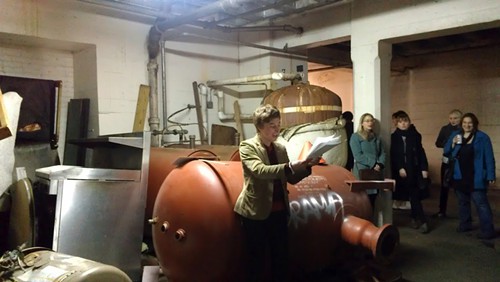 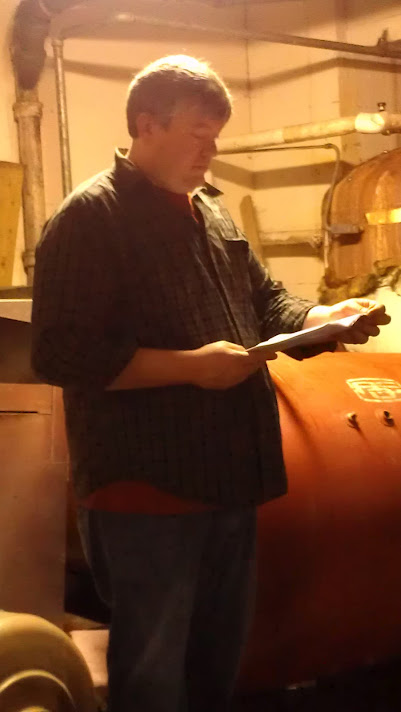 Comments 7
Tags: Books Blogs
The Stranger depends on your continuing support to provide articles like this one. In return, we pledge our ongoing commitment to truthful, progressive journalism and serving our community. So if you’re able, please consider a small recurring contribution. Thank you—you are appreciated!
CONTRIBUTE NOW