Boudinot's short-story collection The Octopus Rises will be published by Fantagraphics this summer. Book design by Jacob Covey

There's other Boudinot news, too, but first let's focus on the Fantagraphics deal.

Eric Reynolds confirmed this morning that a literary imprint helmed by Boudinot and overseen by Fantagraphics higher-ups is in the works. Reynolds is a longtime Fantagraphics staffer, one of its editors, and its "chief executive flogger." He's also the editor of Boudinot's book The Octopus Rises, which will come out this summer and which you can pre-order right here. It's gorgeous. Each story gets its own illustrated title page, with art by Jacob Covey.

Here's the title page of a story called "The End of Bert and Ernie," first published in Golden Handcuffs Review. Jacob Covey

The stories in The Octopus Rises were originally published in McSweeney's, Golden Handcuffs Review, and elsewhere.

There are more glimpses inside The Octopus Rises at the end of this post.

The imprint Fantagraphics and Boudinot are working on doesn't have a name yet. Fantagraphics has yet to make an official announcement.

In Other Boudinot News, His Entire Board Quit Because He Wouldn't Apologize for His MFA Article

As you have probably heard, Boudinot got a ton of backlash for a piece he wrote in The Stranger in which he argued that aspiring writers should work harder and read more. (How dare he!) The piece inspired a lot of handwringing and pearl-clutching. Everyone seemed to have a different issue with it. It even prompted some anonymous person to create a "trashy 'watchdog' site" spuriously called RyanBoudinot.com, aimed at unseating Ryan from the nonprofit he started. One of Boudinot's former writing students, who did not like Boudinot's original piece, nevertheless wrote that unseating Ryan from his own nonprofit was not a good idea.

Reynolds, at Fantagraphics, called the backlash against Boudinot "fundamentally absurd. It's a witch hunt at this point. And the fake website is such a malicious overreach that I just can't quite understand it." Reynolds told me he thought Boudinot's piece was "provocative, but I could never have anticipated the fallout from it. It seemed like it was sincere and he was trying to vocalize something that is typically not talked about in those circles, and I respected him for it."

Unexpectedly, staggeringly, the board for the nonprofit that Boudinot has been trying to get off the ground, Seattle City of Literature, did not respect him for it. Not only did they not respect it, they asked him to apologize for writing it, Boudinot says.

He refused. In an e-mail to city officials this morning, Boudinot explained:

So what did the board do when Boudinot declined to apologize for writing the article? The entire board resigned.

Good riddance. Here's hoping Boudinot assembles a new board full of people who appreciate that he started a conversation about literary standards that rippled around the globe. Literary culture is at risk of sliding into irrelevance. Boudinot got people talking and (ironically) brought a whole bunch of new writing into the world (most of it aimed at his head). His six board members should have thanked him for what he did, and then they should have gone off and fundraised around his efforts and his visibility. Instead they scolded him and quit.

I've sent e-mails to two former board members requesting comment, but haven't heard back. I also contacted former board president Jim Vana by phone, who declined to comment on the board's actions.

Here's the e-mail Boudinot sent to city officials this morning explaining that he wants to put Seattle's bid to become a UNESCO City of Literature on hold for a while:

Recently, Seattle's The Stranger published an essay in which I had sharply critical things to say about MFA programs. This article provoked international debate, with coverage in such places as Salon, Slate, and The Guardian. A number of people who responded negatively to this article called for a public apology and for me to be "fired" as Executive Director of Seattle City of Literature, the organization I founded, funded, and have been leading for two years.

What weighed most heavily on me were the other writers around the world who are challenged for their expression. I thought about the Charlie Hebdo massacre and the conversations I had in Chengdu with delegates from Kampala and Baghdad, where the cost of expression can be far greater than being hounded by angry bloggers. If Seattle is to stand as a peer among other cities of literature, we cannot set the precedent that a writer's opinions—however unpopular or provocative—can lead to the loss of that writer's livelihood. I want Seattle to stand as a place where expression that provokes—and even offends—is protected.

When I informed Rebecca and the board of my decision, they resigned. This leaves Seattle City of Literature where it started, as a campaign led by a writer. Regardless of one's opinion on whether Seattle should be designated a City of Literature, it is impossible to imagine that we are prepared to submit a bid this year.

I do believe that Seattle should continue to engage with UNESCO. I have been nothing but impressed by this organization and by the UCCN. The hospitality, guidance, and friendship I have found in many of the Cities of Literature has enriched my life immeasurably. I'm of the opinion that the organization Seattle City of Music, which has been doing phenomenal work for our creative economy, should prepare a bid. I also intend to continue working with the people and organizations I have met through the UCCN on other initiatives related to literature and the arts in Seattle.

I thank all of you for your enthusiasm and support over these past two years. I have made some incredible friends, traveled to five countries, and participated in an artistic community that spans the globe. As a novelist, I can appreciate what just happened in Seattle as a major plot development. I promise you, this story continues. 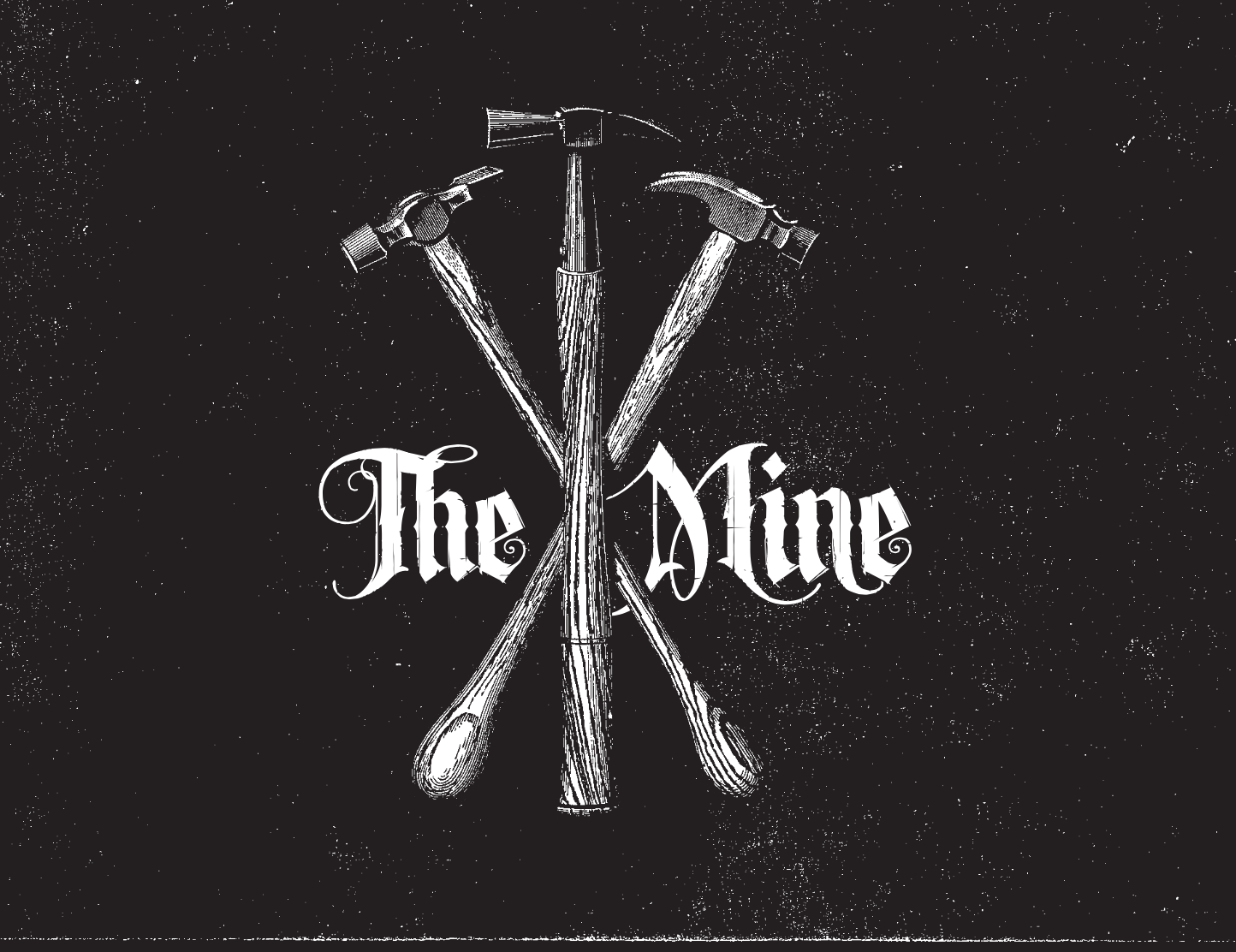 Here's the title page of a story in The Octopus Rises called "The Mine," first published in Monkeybicycle. Jacob Covey

Here's the title page of a story in The Octopus Rises called "The Guy Who Kept Meeting Himself," first published in McSweeney's. Jacob Covey 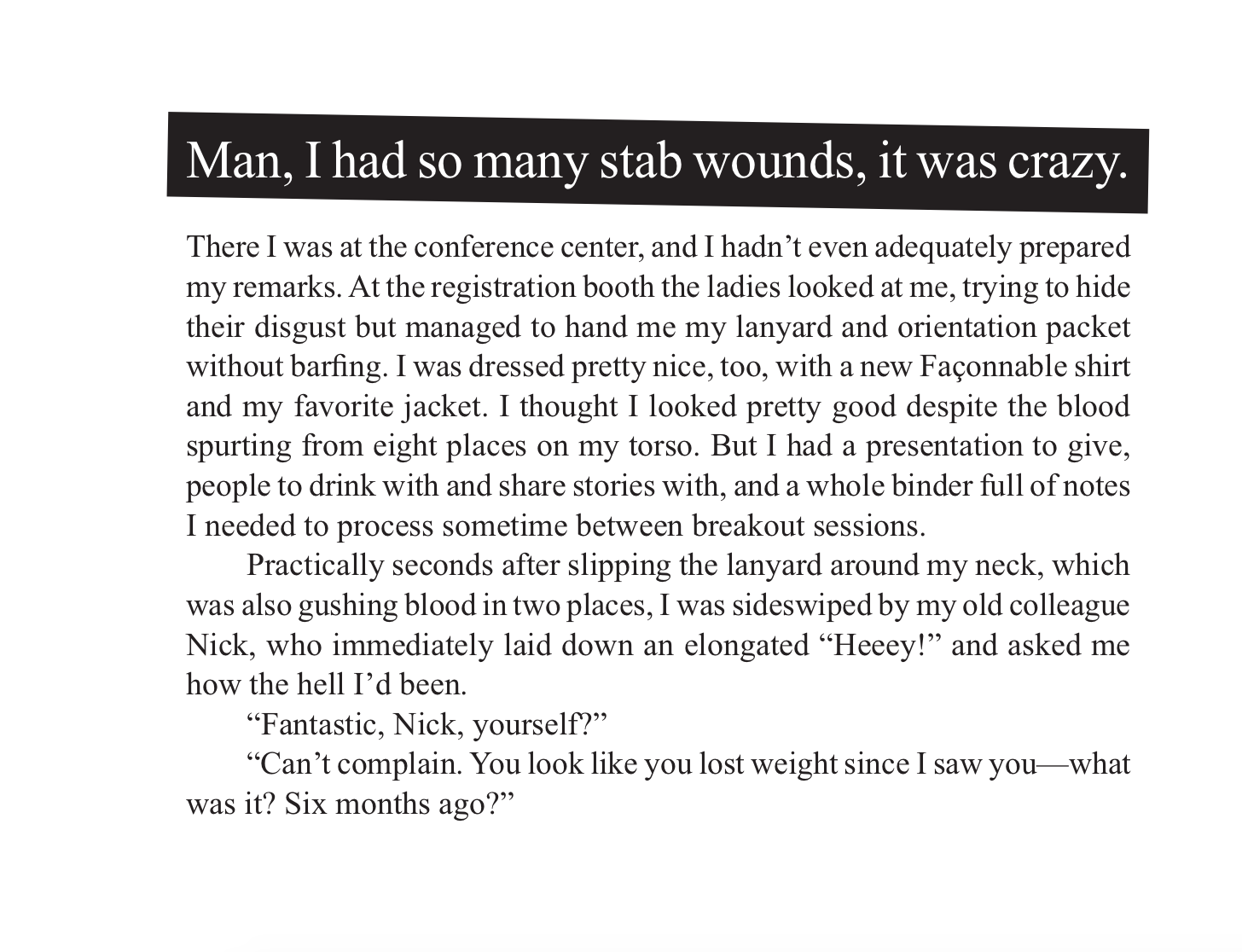